A long-planned expansion of the J.W. Marriott hotel complex at L.A. Live has received a key approval. 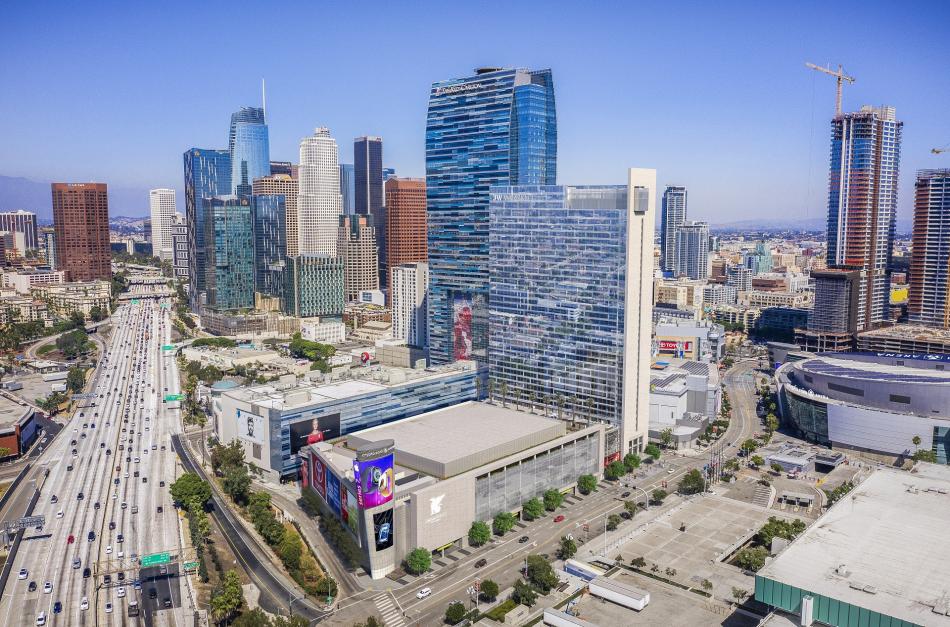 At its meeting yesterday, the Los Angeles City Council voted unanimously to adopt a resolution for a general plan amendment and other entitlements associated with the project, which calls for the construction of a 37-story tower above an existing parking garage at Chick Hearn Court and Georgia Street. The new high-rise would include 861 guest rooms and nearly 10,000 square feet of retail space, as well as a new conference center with 228,000 square feet of meeting rooms, multipurpose space, and other functions.

The plan, which is being developed by L.A. Live owner AEG, would combine with the more than 1,000 guest room that already exist at the J.W. Marriott and Ritz Carlton to create the second largest hotel in California when completed.

Designed by Gensler, the tower would rise roughly 450 feet in height and include a large amenity deck facing the western property line. The existing garage, converted into a podium for the hotel, would be wrapped with more than 20,000 square feet of signage. 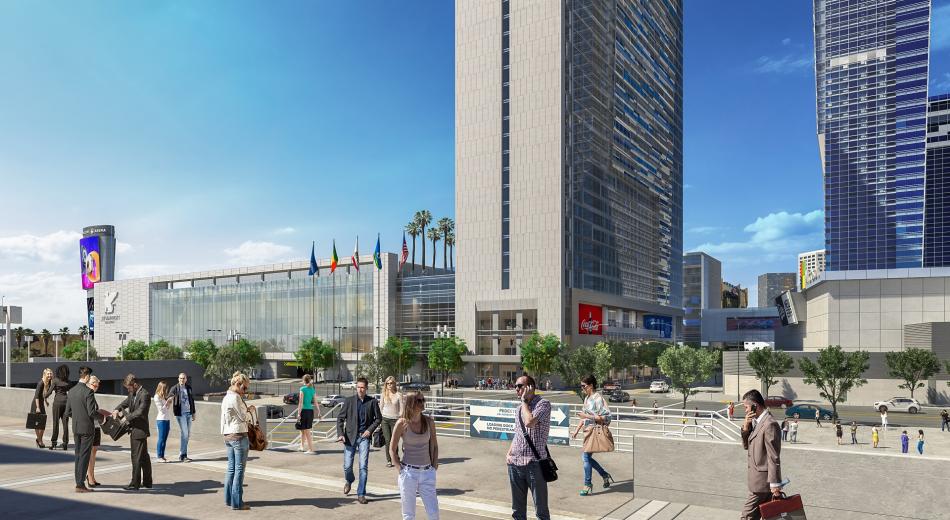 The vote by the City Council also adopts changes requested by an appeal filed by AEG, which objected to more restrictive conditions placed on signage at the hotel than originally proposed. The Council approval restored the signage plan that had originally been recommended for approval by Planning Department staff.

The Los Angeles Times reported in late January that AEG was looking to sell a stake in J.W. Marriott complex to finance the expansion, with the aim of breaking ground on the project within 12 months. Construction of the hotel is expected to occur over a roughly three-year period, per an environmental study published by the City of Los Angeles.

The approved project is AEG's second attempt to expand the J.W. Marriott, following a scuttled 2016 proposal which would have added 755 guest rooms in a 38-story tower to the north of the L.A. Live campus on Olympic Boulevard. 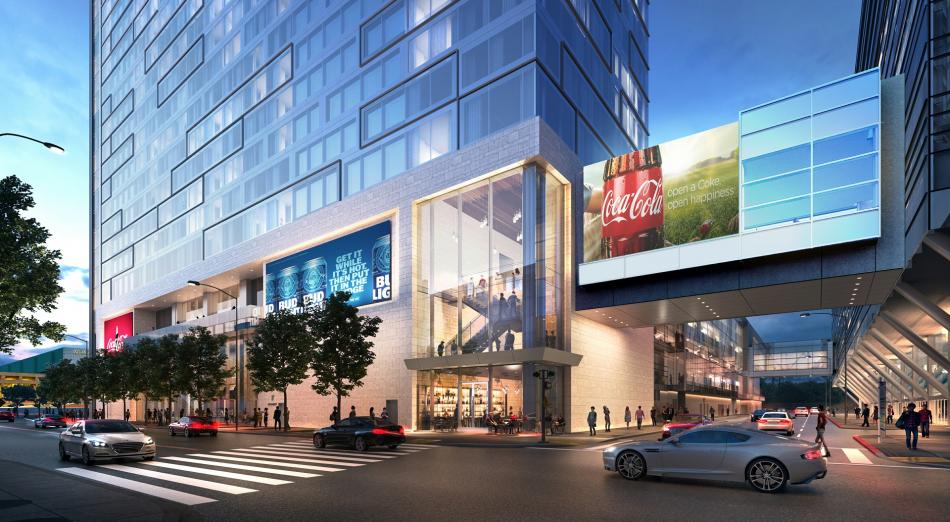 The J.W. Marriott project is being coupled with a planned revamp and expansion of the neighboring Convention Center complex, which would be executed through a public-private partnership between the City of Los Angeles, AEG, and Plenary Group. Plans call for adding more than 700,000 square feet of space to the Convention Center in a new structure bridging Pico Boulevard, increasing its maximum exhibition space to more than 1 million square feet.