The Pierce National Life Building, a well-recognized landmark at one of Koreatown's busiest intersections is being gutted and converted to apartments, according to permit applications now wending their way through the L.A. Department of Building and Safety.

Jamison Services, Inc., owner of the 13-story tower at the northwest corner of Wilshire Boulevard and Western Avenue, is seeking approvals to convert the upper floors of the building into 176 apartments, while retaining existing retail space at street level. Plans also call for adding an approximately 7,100 square foot lounge and pool deck at the building's rooftop.

Early work on a retrofit of the 1960's Welton Becket-designed structure has already commenced, according to a tipster. 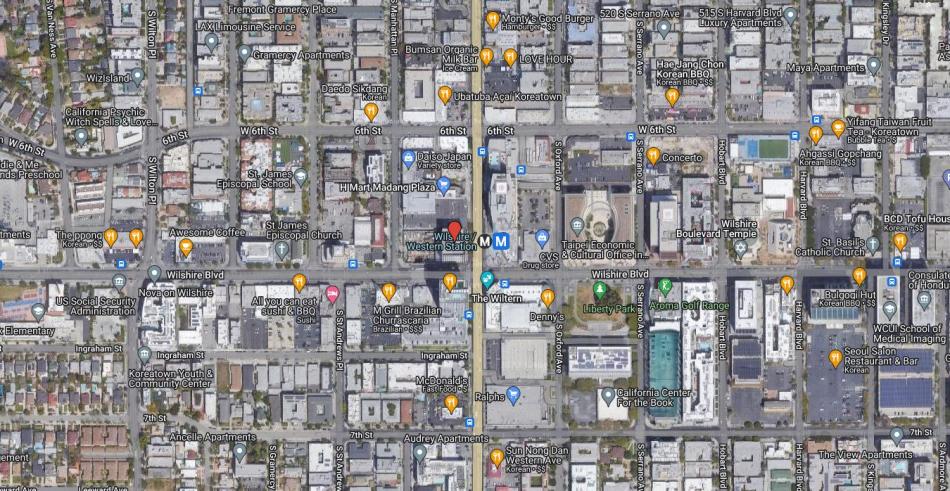 This is not the first time Jamison has looked to renovate the Pierce National Life complex. In 2016, the developer submitted plans build 132 apartments above an adjacent parking garage, and shortly followed by initiating permits to transform the office tower into a 283-room hotel. The residential development is approved, although construction has not followed.

Another adjoining property to the west is now being used as a construction staging area for the ongoing extension of the D (Purple) Line toward Beverly Hills, Century City, and Westwood.

Jamison, which is Koreatown's largest commercial landlord, also owns several other office and residential buildings in the near vicinity of Wilshire/Western Station, including the Art Deco Wilshire Professional Building and an adjoining site which is being redeveloped with 230 apartments.