Five months after we last checked in, developer Bando Dela Corp. has completed vertical construction at a mixed-use apartment complex at the southern edge of Koreatown. 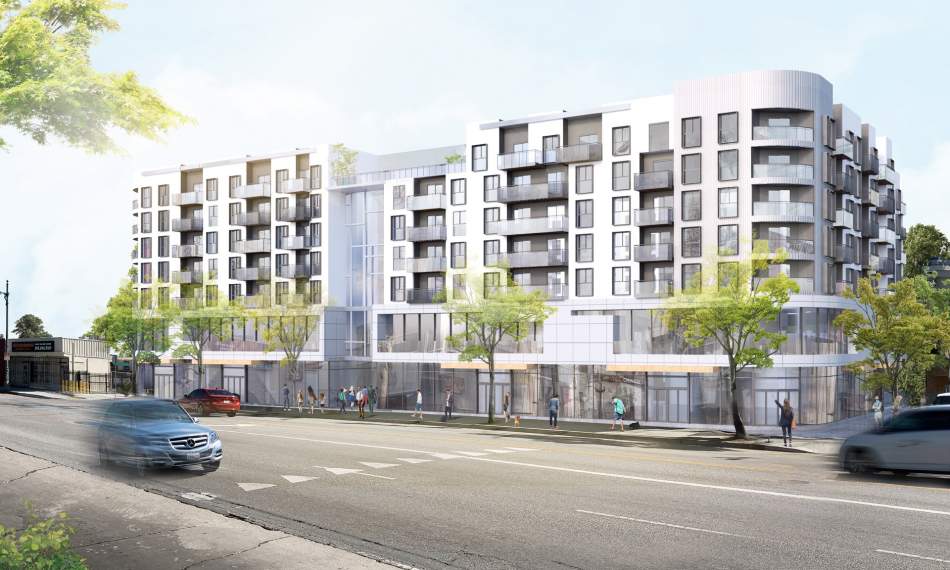 The project, located on the south side of Olympic Boulevard between Serrano Avenue and Hobart Boulevard, replaces a series of small commercial and residential buildings along the with a new seven-story edifice featuring 252 studio, one-, and two-bedroom apartments above 32,100 square feet of retail space and parking for 311 vehicles.

Bando Dela Corp. to set aside 46 of the apartments as deed-restricted affordable housing at the very low-income level, per conditions of approval imposed by the City of Los Angeles in 2019.

The apartment complex, designed by Koreatown-based architecture firm Archeon Group, is composed of five levels of wood-frame construction above a two-level concrete podium.  Planned exterior finishes include stucco and metal panels, with amenities such as a rooftop deck and a courtyard swimming pool. 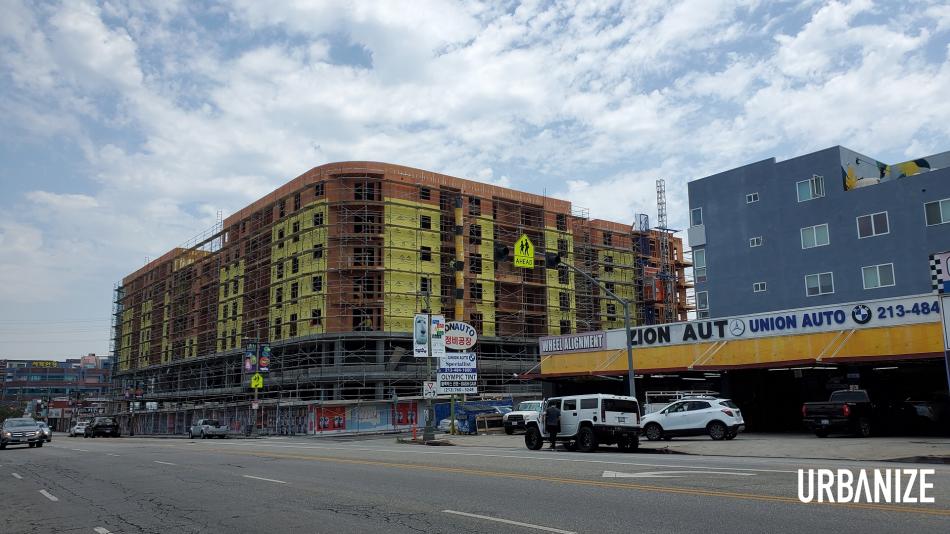 Bando Dela Corp., which is based out of an office building in Koreatown, reportedly purchased the development site with entitlements for $20.3 million in mid-2019.