A single-family home and fourplex in western Koreatown is poised to make way for a larger multifamily residential building, according to an application submitted earlier this month to the Los Angeles Department of City Planning. 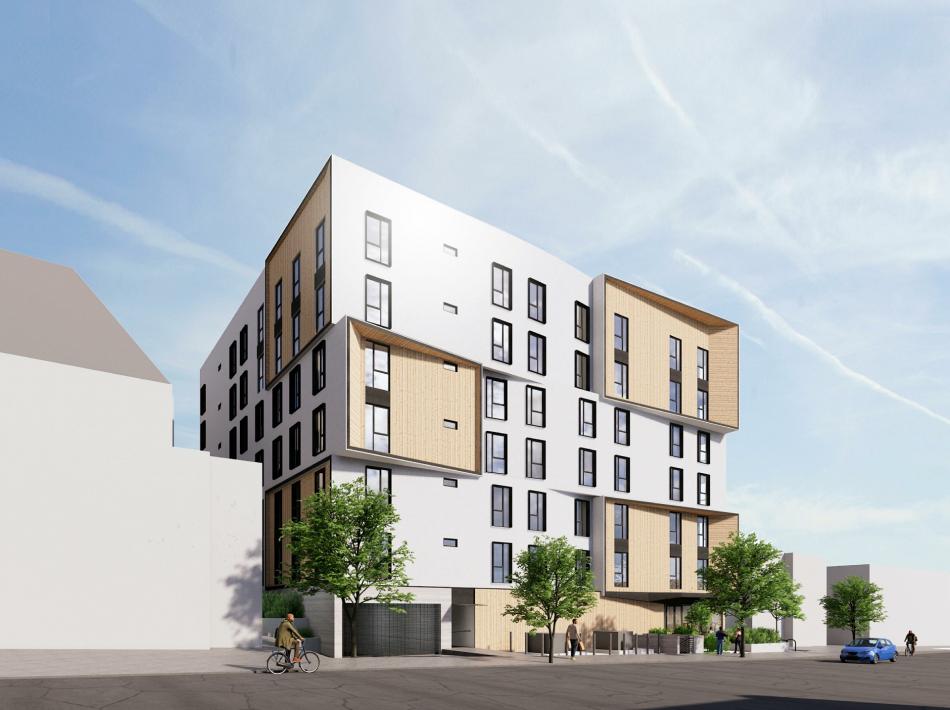 ELK Development, a Los Angeles-based firm, is seeking approvals to raze the existing structures at 728-736 S. Manhattan Place, clearing the way for the construction of a new seven-story, 61,000-square-foot building containing 60 studio, three-, and four-bedroom apartments above parking for 33 vehicles.

Requested entitlements for the project include Transit Oriented Communities incentives permitting increased height and density, as well as reductions to required side yard setbacks relative to the requirements of local zoning rules.  ELK would set aside six of the apartments as extremely low-income affordable housing in exchanges for the bonuses.

OfficeUntitled is designing the apartment complex, which is depicted as a white stucco building highlighted by a series of boxy protrusions clad in wood paneling.  Architectural plans show a rooftop deck as well as a gym and other amenities at street level.

The project site, located a short walk north of the intersection of 8th Street and Western Avenue, follows a handful of larger projects now taking shape in the neighborhood to the east - including two under construction projects from prolific Koreatown developer Jamison Services, Inc.

ELK Development is also in planning or construction at two other sites in Koreatown - 730 S. Vermont Avenue and 502 S. Harvard Boulevard.  Additionally, the developer broke ground on a mixed-use apartment building earlier this year near the intersection of Sunset Boulevard and Highland Avenue in Hollywood.