In Koreatown, prolific local developer Jamison Services, Inc. is putting the finishing touches of Gemma, a housing complex involving the adaptive reuse of a mid-century office building and new construction above an adjoining parking garage. 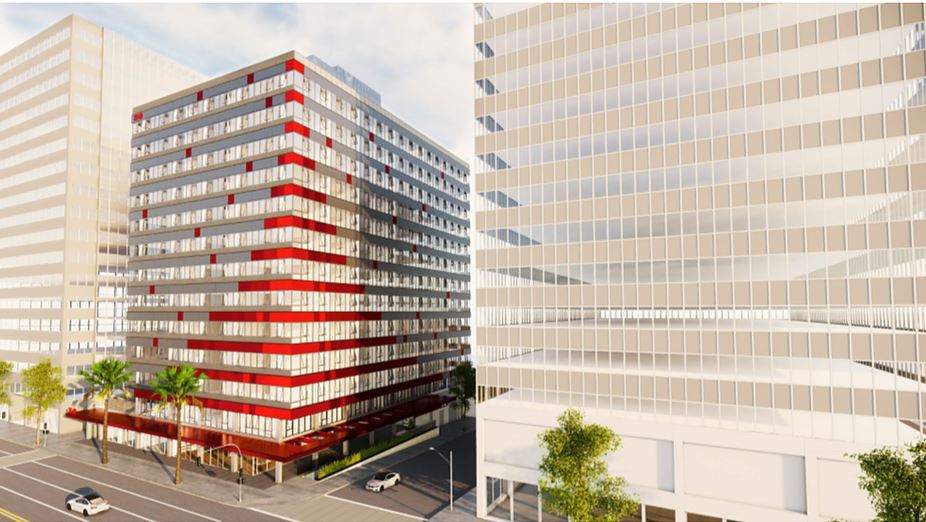 The project, located at the southeast corner of Wilshire Boulevard and Ardmore Avenue, is centered on the conversion of a 1950s office tower into rental apartments.  The 13-story building is scheduled to reopen in December 2021 with 206 apartments on its upper floors, while retaining existing ground-floor retail.

On a neighboring site at 678 S. Ardmore Avenue, Jamison has transformed the office building's two-story parking garage into the podium level of a new apartment complex.  Five floors of wood-frame construction will contain 123 residential units, as well as a courtyard swimming pool and a rooftop amenity deck. 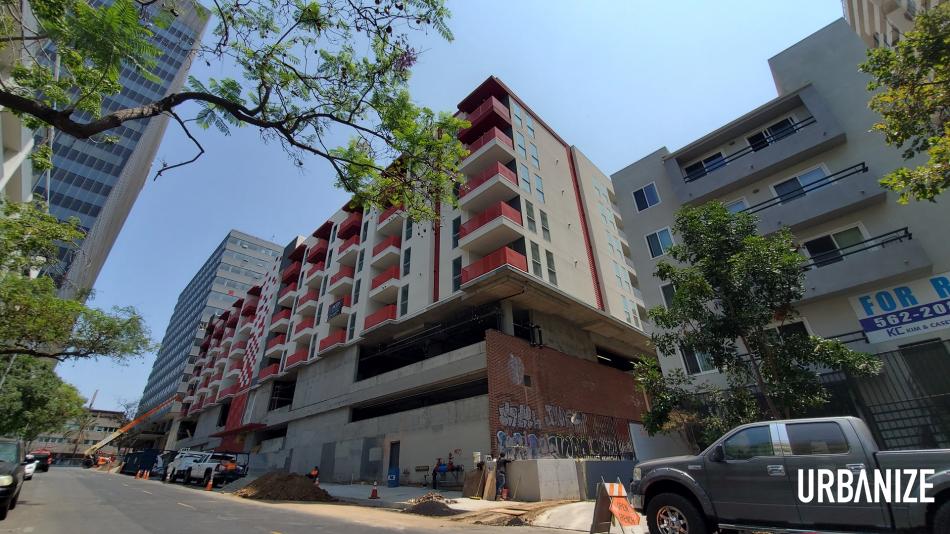 The new construction, designed by DFH Architects, is on pace to open in October 2021.

Gemma represents a tried and true formula for Jamison Services, which previously transformed the former Los Angeles area offices of Texaco into a housing development known as the Crosby.  That project also involved the construction of new housing above an existing parking structure just south of Wilshire Boulevard on Catalina Street.