With building permits now in hand, construction is finally underway for Newshire, a new condominium development just west of Vermont Avenue in Koreatown. 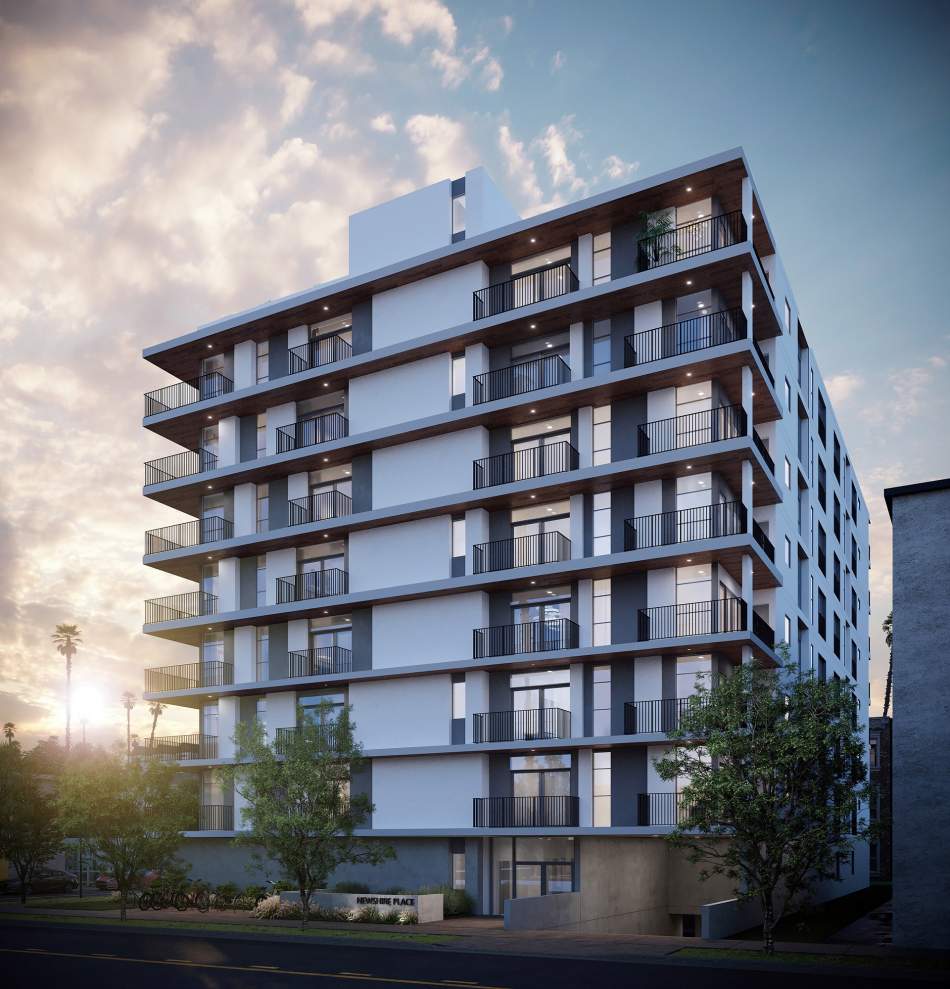 The project, which replaces a 1960s apartment building at the southeast corner of James M. Wood Boulevard and New Hampshire Avenue, will consist of an eight-story edifice featuring 63 one- and two-bedroom dwellings above at-grade and subterranean parking for 52 vehicles.

Project applicant EGC Real Estate Group secured entitlements for the project using Transit Oriented Communities incentives to achieve increased height and density beyond zoned limits for the site.  In exchange, seven of the apartments will be set aside for purchase by below market-rate households at the extremely low-income level for a period of 55 years.

Bittoni Architects is designing the project, which is portrayed in renderings as a contemporary mid-rise structure featuring private balconies along the exterior and a large rooftop deck with views of the Downtown skyline.

Completion of Newshire is expected in 2023, says Bittoni via e-mail. 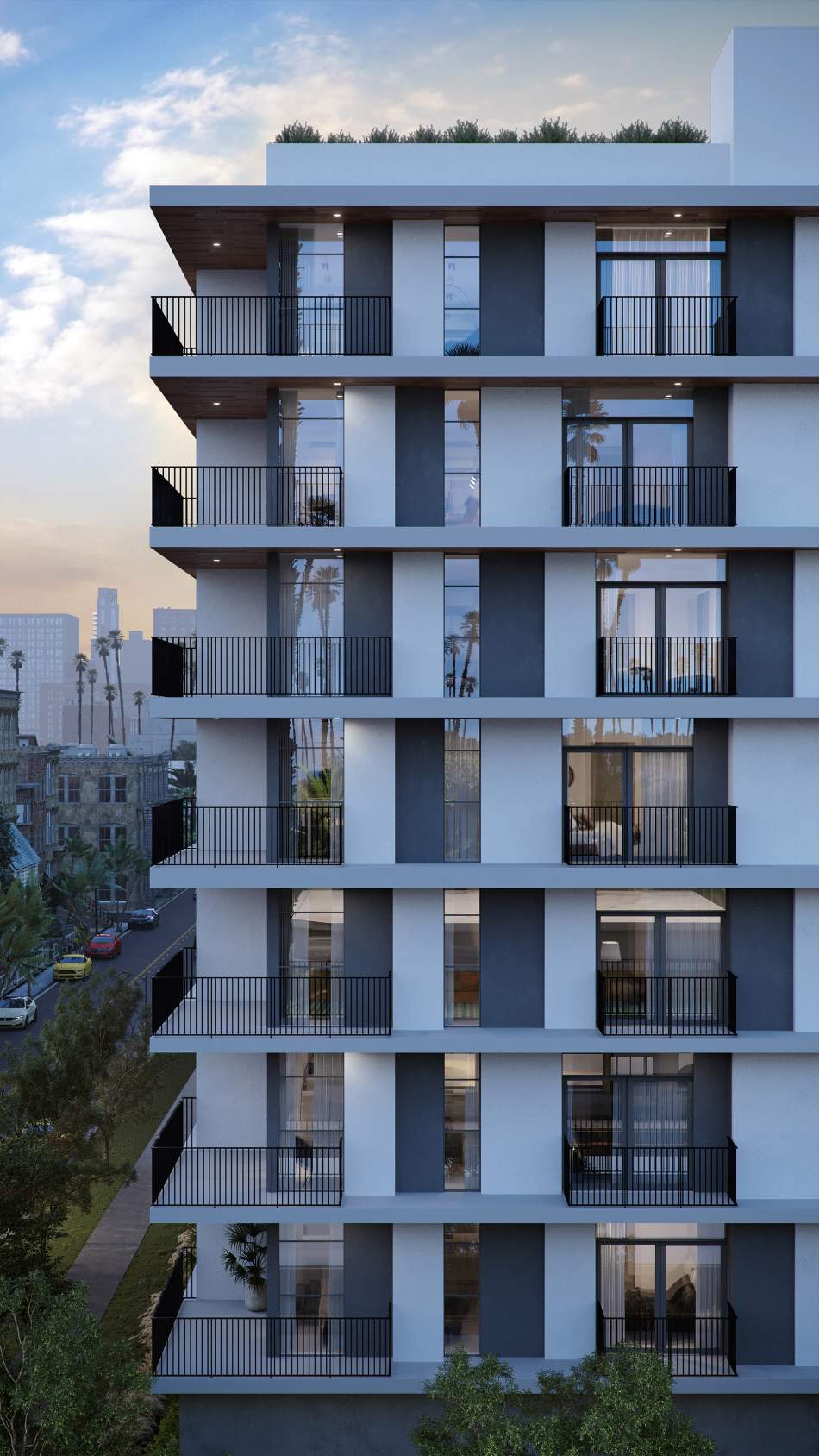 In addition to the Newshire development, EGC is also in the midst of construction at a mixed-use project featuring 67 apartments and retail on a neighboring site at 905 S. Vermont Avenue.