In a 13-0 vote, the Los Angeles City Council rejected appeals earlier this week which sought to block the construction of mixed-use and multifamily residential developments in Westlake and Koreatown.

The first project, proposed by Simon Neman, is slated for a property at 1517-1523 W. 8th Street.  Plans call for razing a fourplex and a single-family home to make way for a new seven-story edifice featuring 60 apartments - including six extremely low-income affordable units - atop 1,150 square feet of ground-floor retail space and parking for 32 vehicles.  City records list AFCO Design as the architect of the mixed-use development, which was with bonus floor area through the Transit Oriented Communities housing incentives.

The proposed apartment complex, which was approved by city officials in late 2020, was the subject of an appeal from the Coalition For An Equitable Westlake/MacArthur Park, a frequent opponent of new developments in the Central Los Angeles area.  The appellant contended that the 8th Street development should have been subject to a full environmental study due to cumulative impacts associated with the project and other similar residential buildings planned nearby.

However, he vote by the Council affirms that the project is not required to undergo further review under the California Environmental Quality Act under a Class 32 exemption, upholding an earlier rejection from the Planning and Land Use Management Committee. 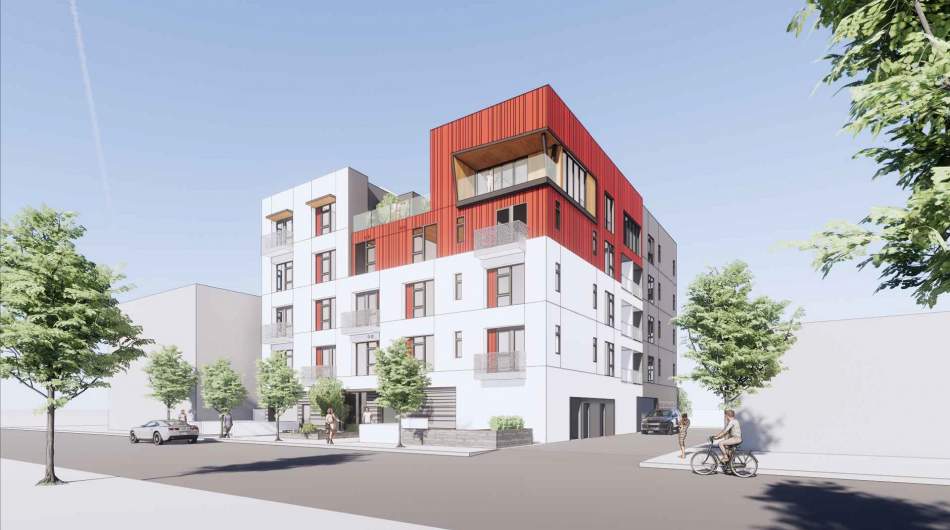 A few miles west, a second appeal from the Coalition regarding a proposed project at 944-952 S. Dewey Avenue in Koreatown was also struck down by the Council.

The proposed apartment complex, linked to an entity called RKC Dewey, LLC, would replace a triplex and a fourplex with a five-story, 51-unit apartment complex.  Andmore Partners designed the project, which like the Westlake development, was approved with Transit Oriented Communities incentives.

Similar to its earlier appeal, the Coalition argued that the Dewey Avenue development should be subject to more stringent environmental review.