Flush with cash as a result of a $1.05-billion one-time allocation in the 2022 state budget, the California Transportation Commission has released a lengthy list of recommended projects for the state's Active Transportation Program's 2023 funding cycle - and L.A.area jurisdictions are poised to claim their share.

The Active Transportation Program, created by SB 99 and AB 101 in 2013, is designing to facilitate projects encouraging active transportation modes such as cycling and walking. A total of 93 projects have been recommended to move forward in the current round of funding, with just over $1 billion allocated statewide. Projects in Los Angeles and Orange Counties account for more than $295 million of that total.

Future funding rounds, lacking budget surplus money, will be less robust. According to the Transportation Commission's news release, the program would have funded just 30 projects without the one-time allocation.

Notable projects to secure funding in Los Angeles and Orange Counties include: 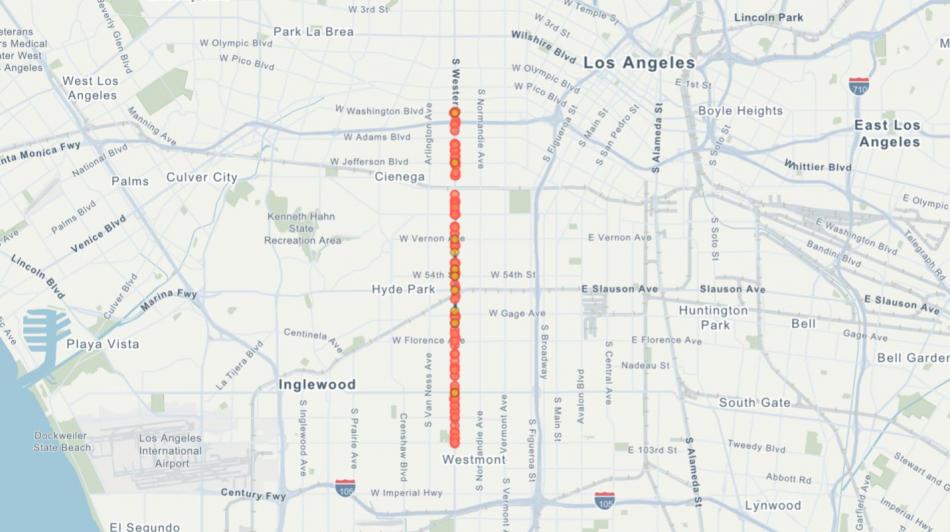 Western Our Way: Walk and Wheel Improvements - The City of Los Angeles is recommended to receive $37.7 million in active transportation funding to implement safety improvements along a 4.5-mile stretch of Western Avenue between Martin Luther King Jr. Boulevard in the north and Century Boulevard in the south. The total cost of the project is estimated at $47.7 million. 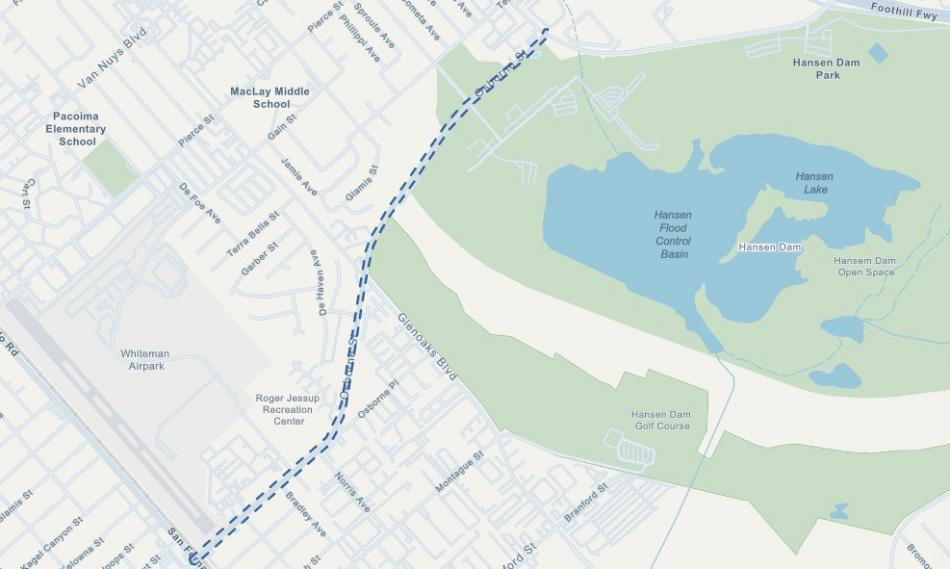 Osborne Street: Path to Park Access Project - Staff have recommended awarding $42.3 million to the City of Los Angeles for a complete streets makeover of Osborne Street in the Pacoima neighborhood, a key route which connects the community with recreation facilities at Hansen Dam. The total estimated cost of the project is $49.8 million. 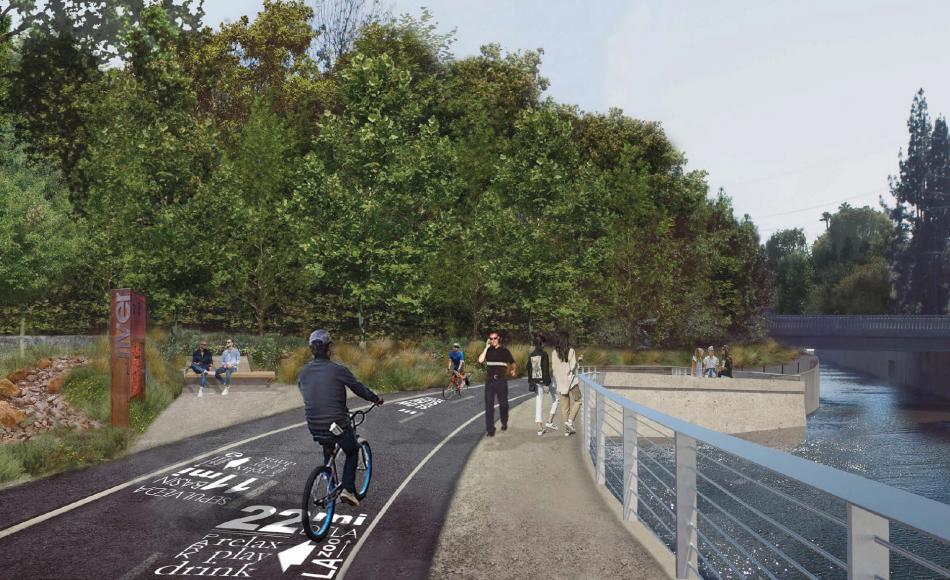 Rendering of the Balboa-Vanalden segment of the L.A. River bike pathGruen Associates

L.A. River Greenway, East San Fernando Valley Gap closure - The City of Los Angeles is also slated to receive $34.4 million in active transportation funding to close a gap in the L.A. River Greenway in the San Fernando Valley. The $49.4 million project is another step toward creating a continuous multi-use path along the entire 51-mile river corridor. 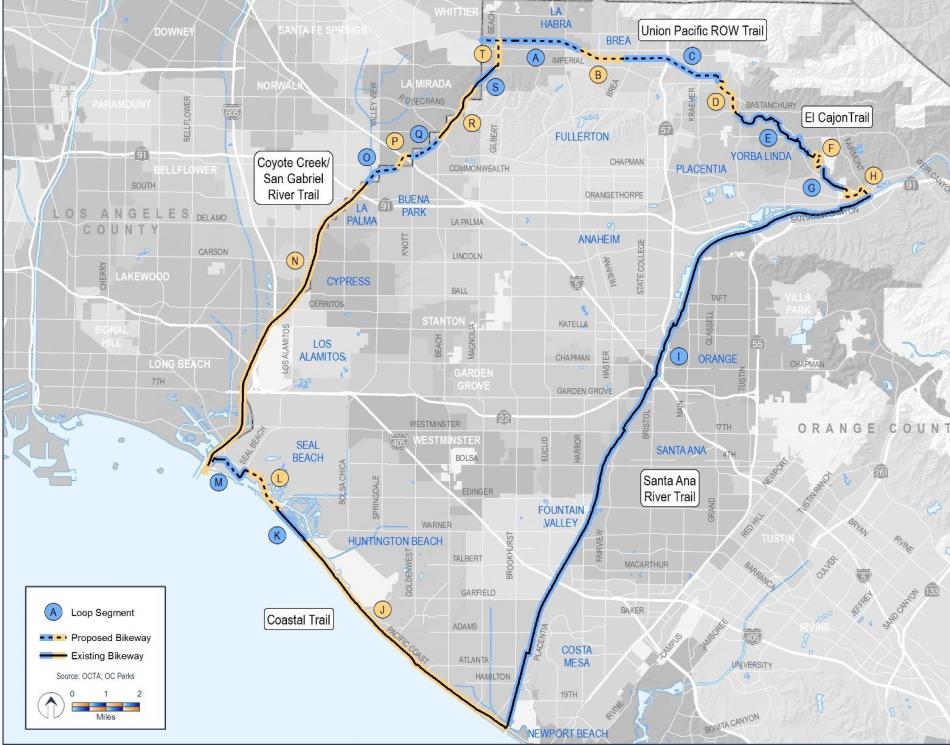 OC Loop Segment P and Q - Orange County has been recommended to receive $45.9 million in active transportation funding for Segments P and Q of the OC Loop, helping to close a 2.7-mile gap in the overall 66-mile trail. The total cost of the project is more than $60 million. 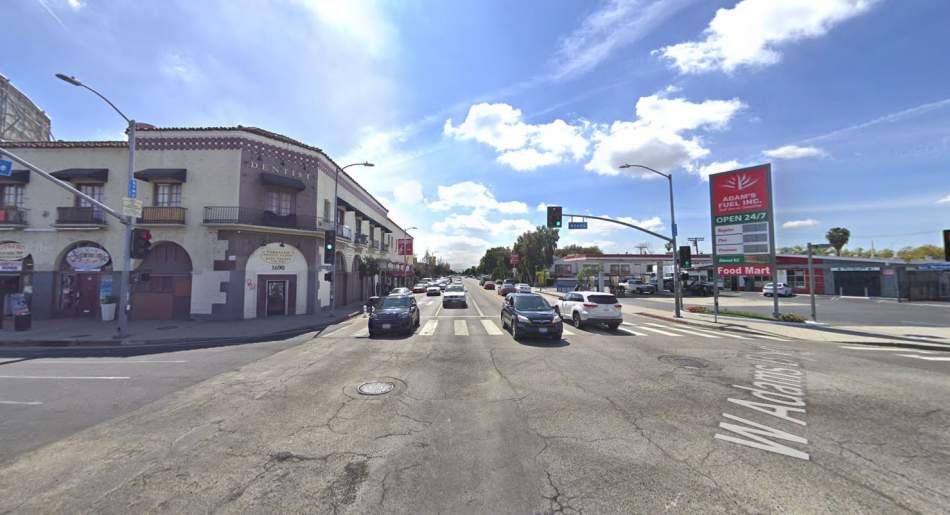 Normandie Beautiful: Creating Neighborhood Connections in South L.A. - Back in the City of Los Angeles, Transportation Commission staff have recommended awarding $23.6 million in funding for the Normandie Beautiful project, which calls for roadway reconstruction and the installation of traffic mitigation tools, pedestrian, and other multi-modal enhancements along Normandie between Adams and Jefferson Boulevards. The total cost of the project is $27.8 million.

Other projects awarded funding include: