Plans for new affordable and supportive housing in Mid-City and Lincoln Heights are one step closer to reality. 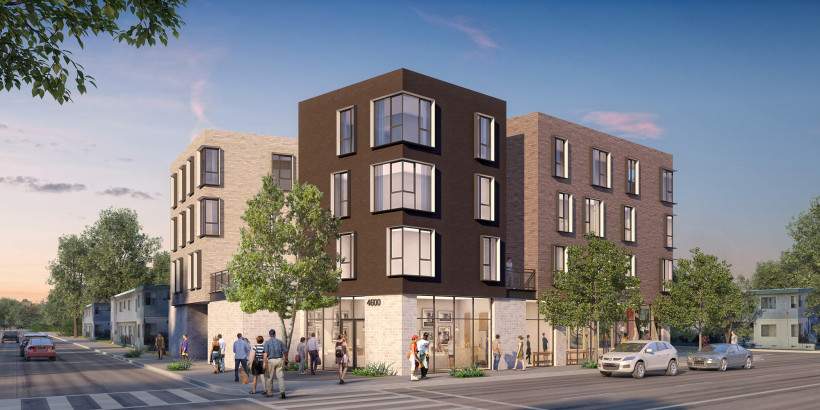 Yesterday, the Los Angeles City Council voted to approve up to $24.8 million in funding for the Washington Arts Collective, a project from Meta Housing Corp.  Plans call for the construction of two four-story buildings at 4600 and 4601 Washington Boulevard, creating 20 apartments for formerly homeless families and individuals and 35 apartments for low-income families, (including artists).

Y&M Architects is designing the proposed development, which would incorporate a mix of one-, two-, and three-bedroom apartments, in addition to ground-floor gallery and rehearsal space, courtyards, meeting rooms, music rooms, and parking for 100 vehicles.  Renderings depict the finished product as a pair of contemporary low-rise structures clad in brick.

Funding for the Washington Arts Collective includes tax credit equity, bonds, Measure HHH funds, and No Place Like funds, contributing to a total estimated price tag of $38.5 million.  The relatively high per-unit price tag of $688,785 is attributed to a variety of factors, including the complexity of developing two sites simultaneously, a run-up in material costs in the past two years, and a requirement to provide replacement parking for the surface lots that are being redeveloped.  Those factors, among others, added nearly $6.2 million to the estimated construction budget. 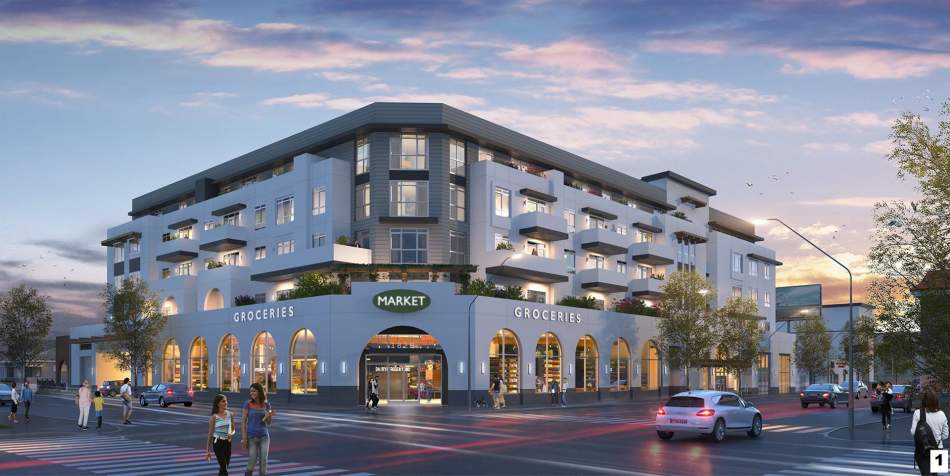 Simultaneously, the Council voted to approve more than $26 million in funding for The Brine, a proposed development from Culver City-based developer Decro Corp. that would rise at 3000 N. Main Street in Lincoln Heights.

The proposed mixed-use complex, which has already secured entitlements, will include 97 affordable and permanent supportive housing units with nearly 72,000 square feet of commercial uses dedicated to medical offices, a medical clinic, and a market.

AC Martin is designing the five-story development, which will be accompanied by three preserved single-family dwellings which date to the early 20th century.