A proposal to redevelop Metro- and Los Angeles County-owned land next Expo/Crenshaw Station has cleared another hurdle. 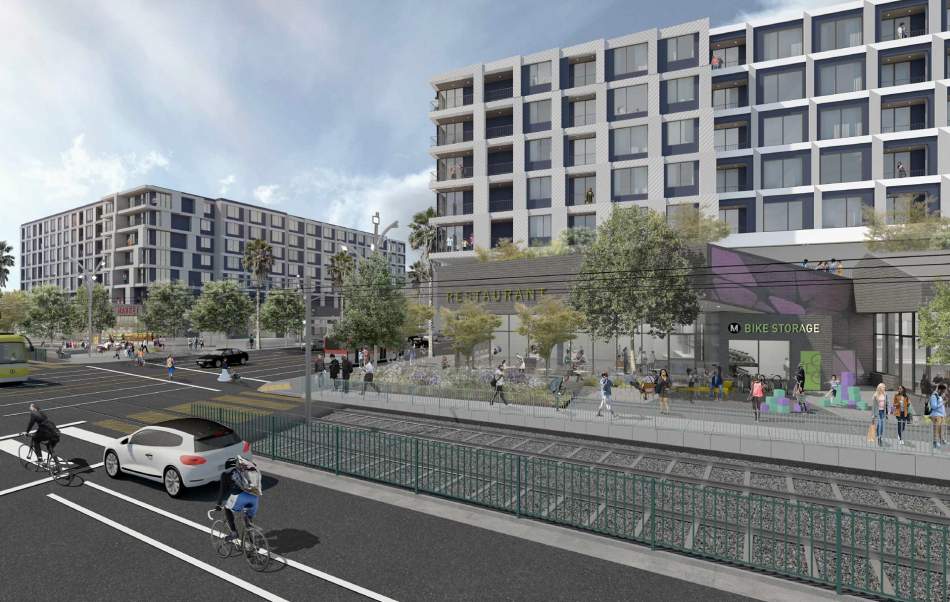 Earlier this week, the Los Angeles City Council voted to adopt the sustainable communities environmental assessment for Crenshaw Crossing, exempting the project from further review under the California Environmental Quality Act.  The proposed project, which would rise at the northwest and northeast corners of Crenshaw and Obama Boulevards, calls for the construction of two eight-story buildings containing 401 studio, one-, and two-bedroom apartments, a 25,000-square-foot grocery store, 15,000 square feet of additional retail space, and parking for 502 cars.

Under proposed conditions of approval for project entitlements, which will be considered separately after the project faces the Los Angeles City Planning Commission, co-developers Watt Companies and West Angeles Community Development Corporation are required to set aside 20 percent of the total apartments - or 81 units - as deed-restricted affordable housing at the very low-income level. 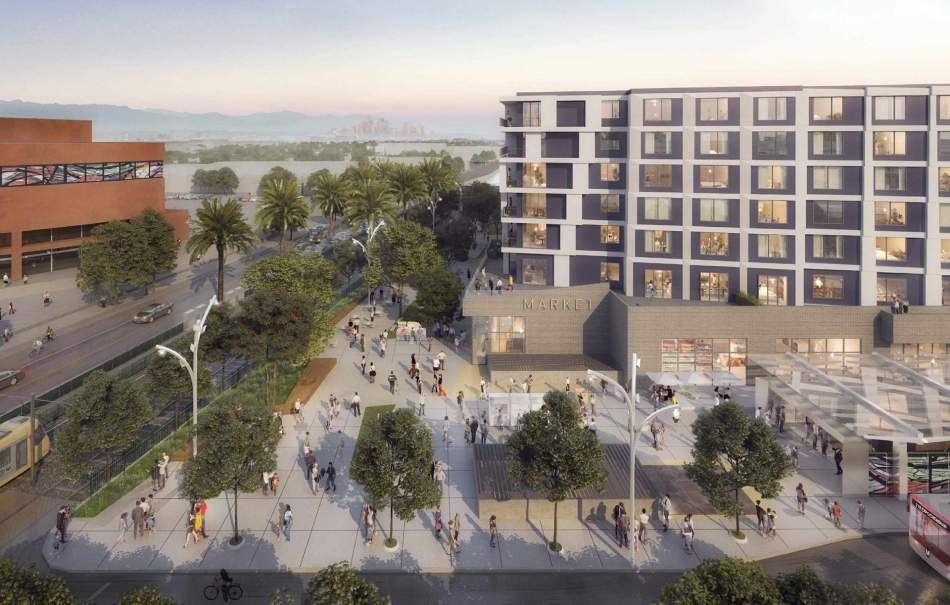 As part of a separate agreement approved by the Los Angeles County Board of Supervisors in 2020, the developers were also slated to reserve an additional 30 percent of the Crenshaw Crossing's apartments for rent by low- and moderate-income households, potentially setting income restrictions on half of the proposed units.

Belzberg Architects, SVA Architects, and RELM are designing Crenshaw Crossing, which would flank the E Line right-of-way to the north with a new pedestrian promenade, while also surrounding the entrance to the underground Crenshaw/LAX Line platforms with a plaza.  Commercial uses would line Crenshaw and Exposition Boulevards, while lower-scale townhouse-style units would front Victoria Avenue to the west. 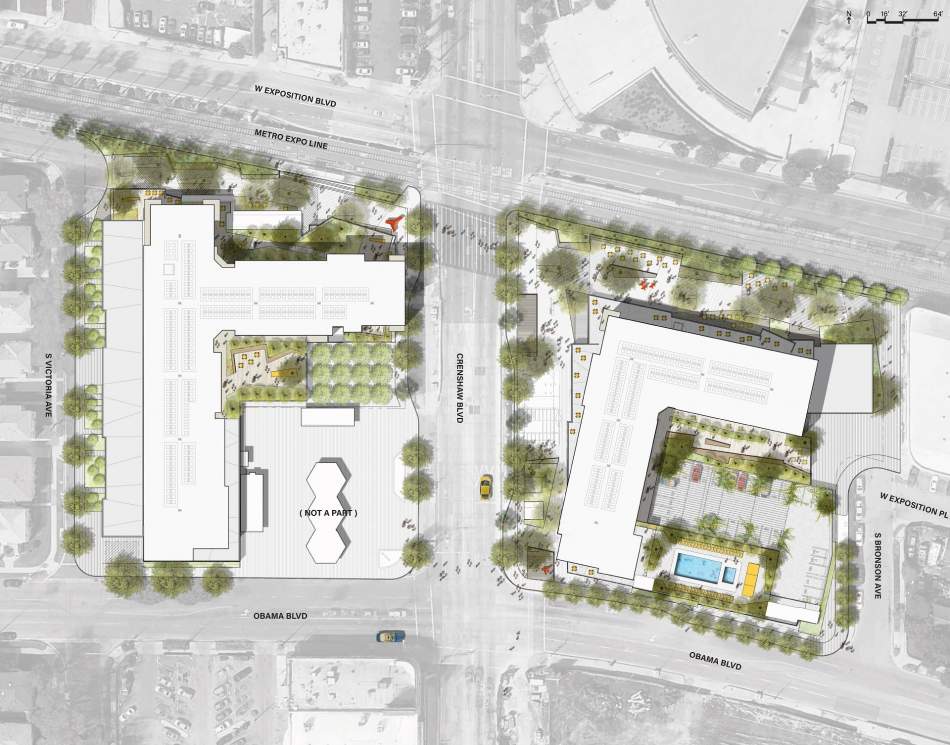 Pending approvals of requested entitlements, construction of Crenshaw Crossing is expected to occur over an approximately 24-month period.

Crenshaw Crossing joins a number of large mixed-use and multifamily residential developments in the works near stops on both the E and Crenshaw/LAX Lines, including District Square, a proposed 577-unit apartment complex which would rise from a vacant lot located to the south across Obama Boulevard.