A proposal to expand Cedars-Sinai's flagship hospital campus in Beverly Grove has scored another key sign off. 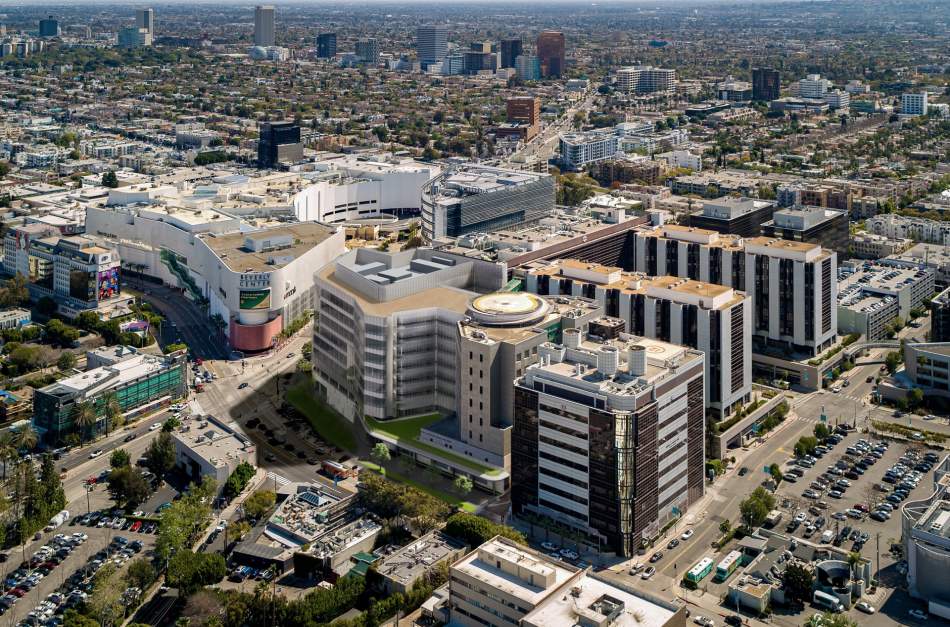 Earlier this week, the Los Angeles Council voted unanimously to approve a zone change and adopt the findings an environmental study conducted for the project, which would rise at the southwest corner of Beverly and San Vicente Boulevards. After razing a parking lot and small medical clinic, Cedars plans to build a new 405,000-square-foot tower with 203 patient beds.

AHBE|MIG is the project's landscape architect, designing a series of landscape decks and terraces within the new building.

The project is the result of Alfred E. Alquist Hospital Facilities Seismic Safety Act, a 1983 state law which requires that all of California's acute care hospitals should be able to withstand a major earthquake by the year 2030. Hospitals across Los Angeles must be either retrofitted or rebuilt to comply with the law, or cease to provide acute care service. 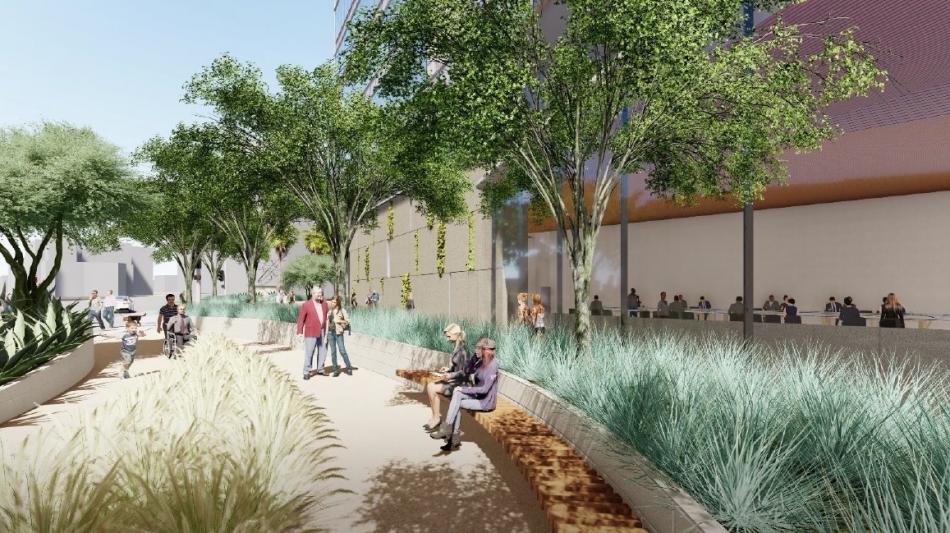 In the case of the Cedars-Sinai campus, the new patient tower will allow the hospital to retrofit its North and South Patient Towers and Professional Tower, all of which are nearly 50 years in age. Cedars has determined that replacing all three buildings would be prohibitively expensive, while a retrofit would reduce the hospital's capacity during the course of construction. By adding a new tower prior to commencing the retrofit, Cedars could continue operating at current levels during construction, cutting the timeline of a project that would otherwise take up to 20 years to complete.

The expansion of the main campus is the third large seismic retrofit project for Cedars.  In the San Fernando Valley, Cedars has partnered with Providence Health Systems on an expansion and revamp of the Providence-Cedars-Sinai Tarzana Medical Center, which is currently under construction. On the Westside, Cedars has broken ground on a replacement facility for the aging Marina Del Rey Hospital.