Canfield Development's plans to build new housing and commercial space next to Metro's Vermont/Santa Monica Station in East Hollywood have cleared another hurdle.

Earlier today, the Los Angeles City Council voted 11-0 to uphold the approval of the firm's proposed apartment complex at 4750 Santa Monica Boulevard, rejecting an appeal seeking to block its construction.  The project, which would replace a single-family home and a commercial building, would consist of an eight-story edifice containing 85 studio, one-, two- and four-bedroom apartments above 1,137 square feet of ground-floor retail space and 72 basement parking stalls. 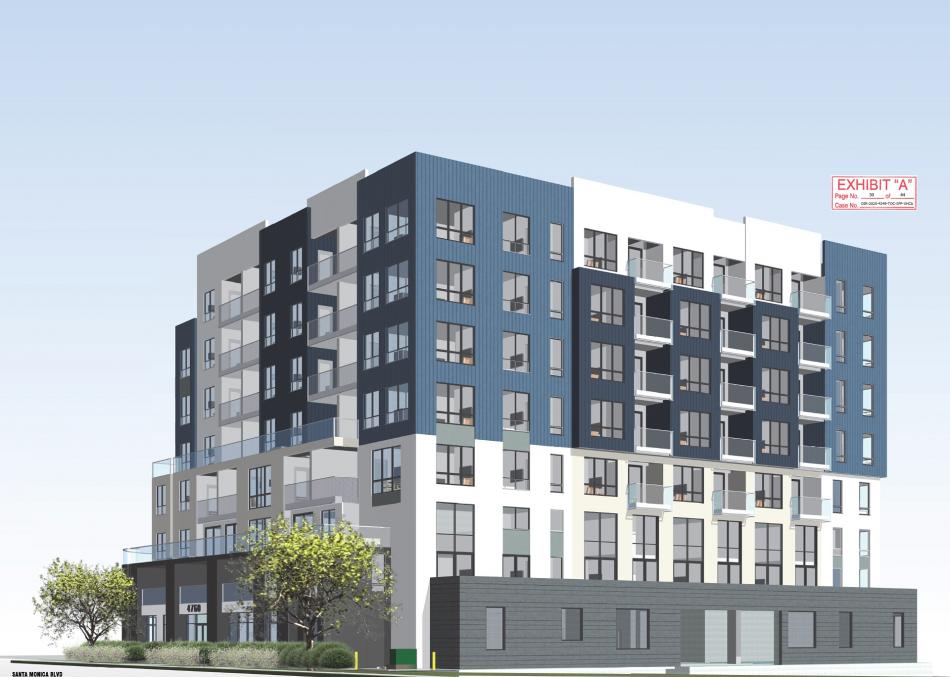 Canfield's approvals for the site require that 10 of the apartments will be set aside affordable housing at extremely low-income level, making the project eligible for incentives through the Transit Oriented Communities program.

HBA is designing the contemporary podium-type building, which would be clad in metal panels and painted cement plaster.  Plans also call for a central courtyard and a rooftop terrace.

The appellant, listed as Eric Moore of Citizens for Reasonable Development, argued that the proposed apartment complex violates a slew of local zoning rules, and should be subject to an environmental impact report.  Moore also contends that the Transit Oriented Communities program itself violates the mandate granted by voters through Measure JJJ in 2016.

The Council vote affirms an earlier decision by the City Planning Commission to reject the appeal.

The project site sits directly across the street from a site controlled by Metro and Little Tokyo Service Center, where a six-story, 187-unit affordable housing development is planned.