Plans for a landmark high-rise development just north of Downtown have secured a final approval from the Los Angeles City Council. 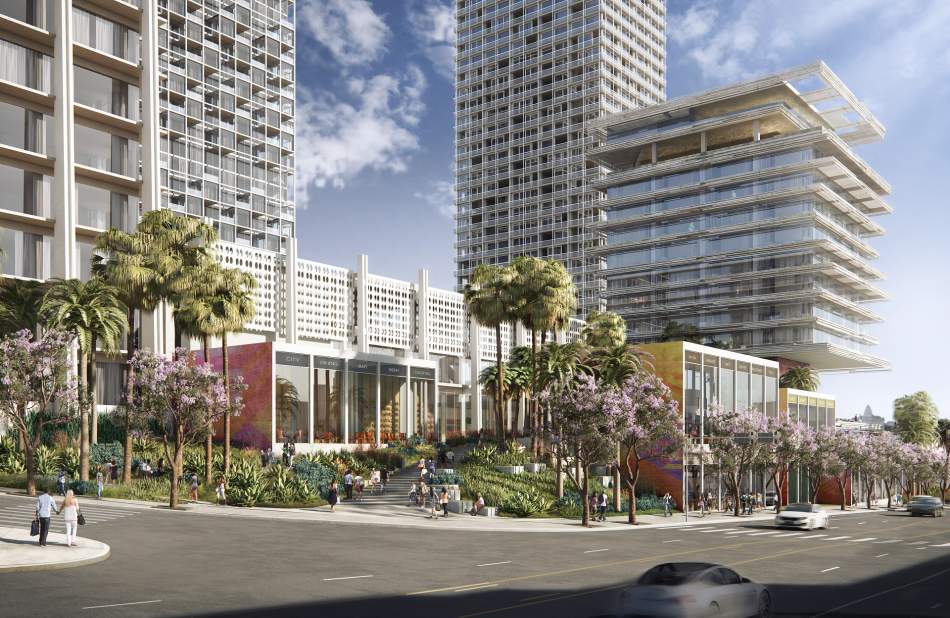 Earlier this week, the Council voted to approve a building line removal for a proposed high-rise, mixed-use complex at the former home of the Metropolitan Water District, clearing the final administrative hurdle for the project. The 1111 Sunset development, named for its address, calls for redeveloping the six-acre site with approximately 1 million square feet of housing, office space, retail uses, and a new hotel. Palisades, the developer behind the project, has proposed a series of high-rise and low-rise buildings featuring up to 737 residential units (76 which would be reserved for rent at below market rates), a 180-room hotel, roughly 48,000 square feet of offices, and 95,000 square feet of shops and restaurants. Should economic conditions not lend themselves to the construction of a hotel, Palisades could instead build that space with up to 90 additional residences. 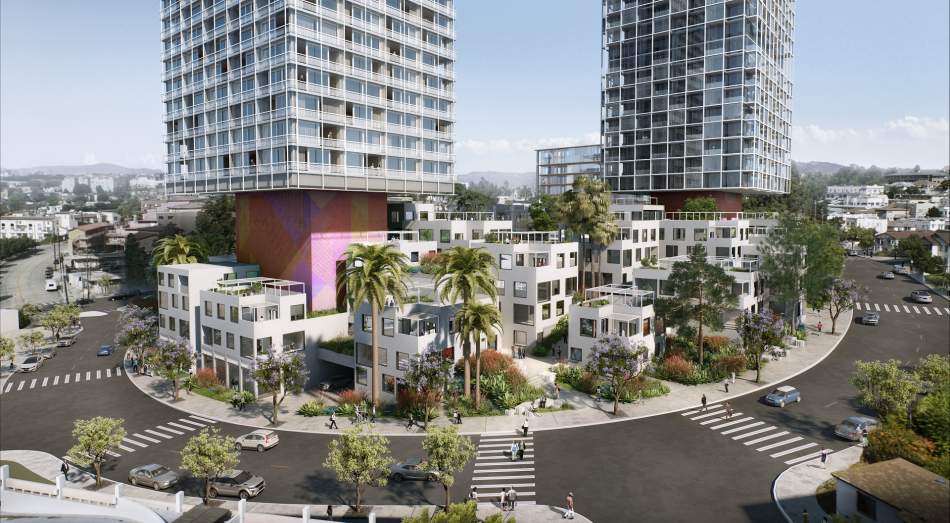 The trio of high-rise buildings proposed at 1111 Sunset are designed by architecture firms SOM, Stanley Saitowitz | Natoma Architects, and Kengo Kuma & Associates, and would stand 49, 30, and 17 stories in height. Plans also call for a network of interior walkways and garden areas on the site, which are being designed by James Corner Field Operations.

According to an environmental study adopted by the city, construction of 1111 Sunset Boulevard is on pace to be completed by 2028.

The vote to approve 1111 Sunset comes as a change of the guard is imminent for the City Council office which represents the project site, as well as surrounding communities such as Chinatown, Lincoln Heights, and Westlake. The Los Angeles Times reports that former state legislator and two-term incumbent Councilmember Gilbert Cedillo has been defeated in his bid for a third and final term in office, with community activist Eunisses Hernandez poised to take his place. 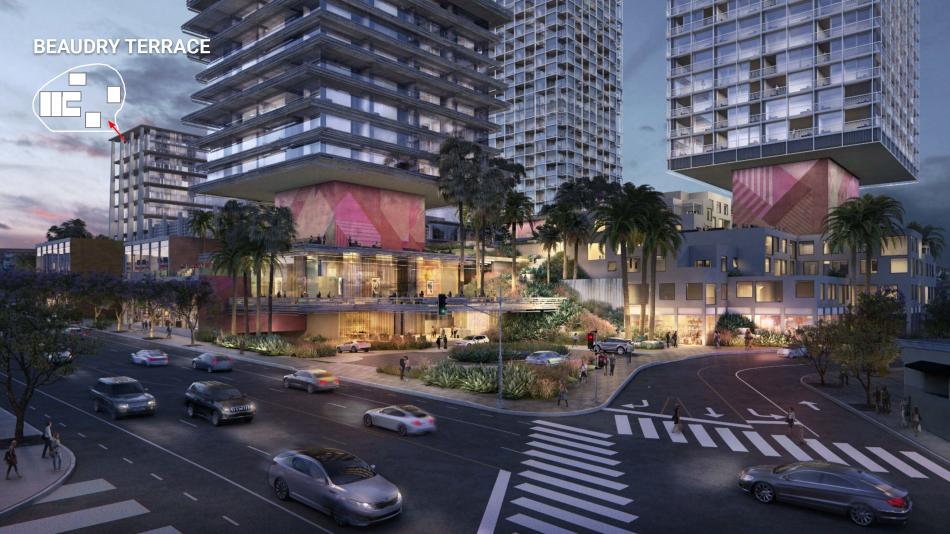 In her campaign, Hernandez attacked to Cedillo for his ties to developers of luxury and market-rate housing, arguing that such projects spur gentrification in vulnerable communities in Council District 1. That stance echoes the position of activist organizations such as Chinatown Community for Equitable Development, which has opposed 1111 Sunset and other high-rise development planned nearby.