Last week, the Los Angeles City Council approved a general plan amendment and zone change sought by the developers behind a proposed Koreatown high-rise - with some caveats. 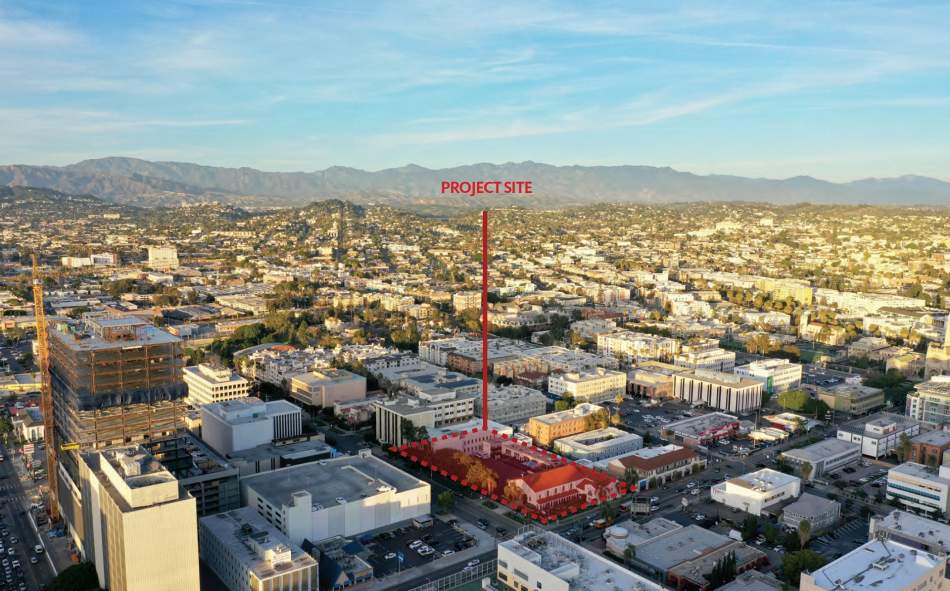 In a 12-0 vote, the Canadian real estate firms Townline and Forme Development secured entitlements for Terrace Block, a proposed 40-story tower which would rise next-door to the 1930s First English Evangelical Lutheran Church at 6th Street and Shatto Place.  Plans call for a total of 367 studio, one-, two-, and three-bedroom apartments, including 42 units that would be reserved as deed-restricted affordable housing for very low- and extremely low-income households over a period of 55 years.

The Terrace Block development would include approximately 36,000 square feet of office and retail space at the ground-floor of the tower, as within the adjoining church, which currently houses a gymnasium for a neighboring school.

Parking for 470 vehicles is to be provided on four subterranean levels. 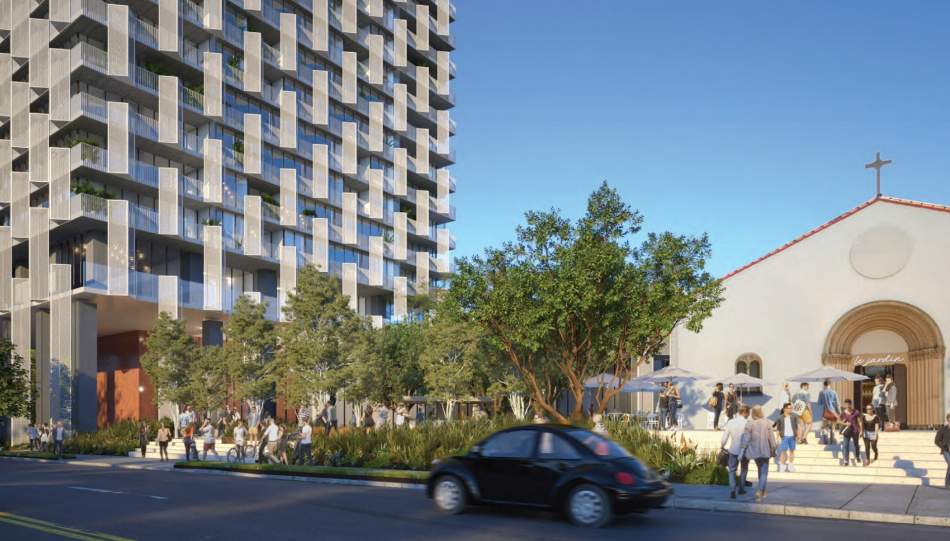 Gensler is designing the tower, which at 483 feet in height, would rank among the tallest structures in Koreatown.  Plans call for a textured glass exterior which would use a system of balconies and perforated metal screens used to provide articulation.

In a presentation given in April to the Los Angeles City Planning Commission project representative previously indicated that Townline and Forme expect to break ground on the tower in July 2022.  At the time, completion of the project was expected in Fall 2025.

While the vote by the City Council cleared the path toward a groundbreaking date for Terrace Block, the Council did not grant all of the entitlements requested by the developers.  Despite an appeal, the Council affirmed an earlier vote by the Planning Commission to deny a requested conditional use permit to use 90 of the apartments as transient occupancy units which would be leased for periods of up to 30 days. 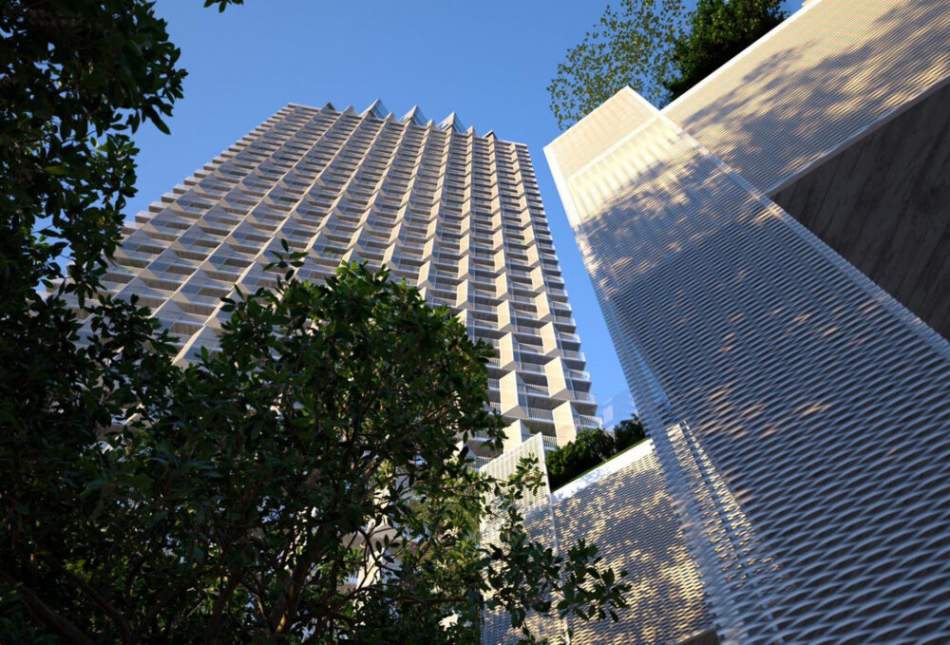 Terrace Block is the latest in a recent slate of high-rise developments on the eastern edge of Koreatown, following the 25-story Kurve on Wilshire which is nearing completion next to Lafayette Park and Holland Partner Group's 38-story tower now rising at 7th Street and New Hampshire Avenue.

Townline and Forme have also partnered on a second Los Angeles area project in Chinatown - the 23-story Harmony apartment tower - which is already approved for construction.