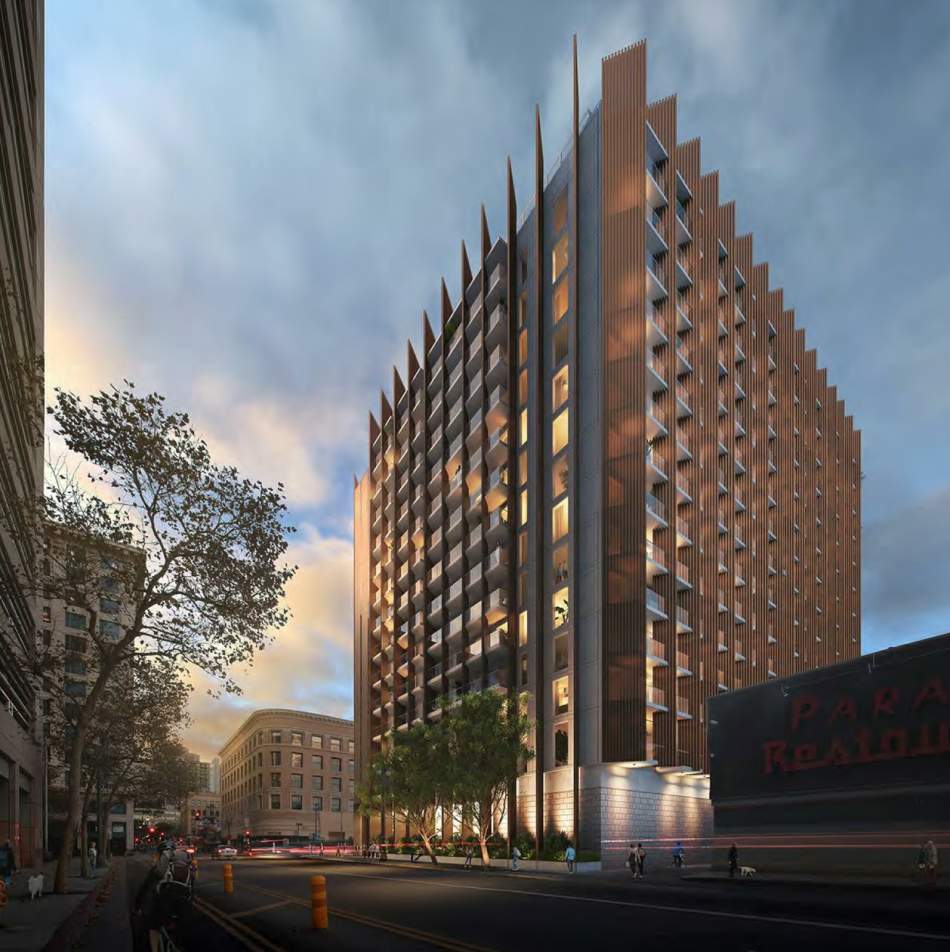 In a 10-0 vote, the Council voted to deny an appeal filed by the Southwest Regional Council of Carpenters which sought to block the approval of Relevant Group's proposed modular high-rise at the northeast corner of 3rd and Spring Streets. The project, which would replace a surface parking lot, calls for the construction of a 15-story building containing 331 one- and two-bedroom dwellings, ranging from 422 to 870 square feet in size. The building's ground floor would be activated by 6,350 square feet of retail space, with 37 parking stalls to be located in a single basement level.

Relevant has agreed to set aside 37 of the apartments as deed-restricted affordable housing at the very low-income level in exchange for density bonus incentives permitting relief from certain zoning regulations. 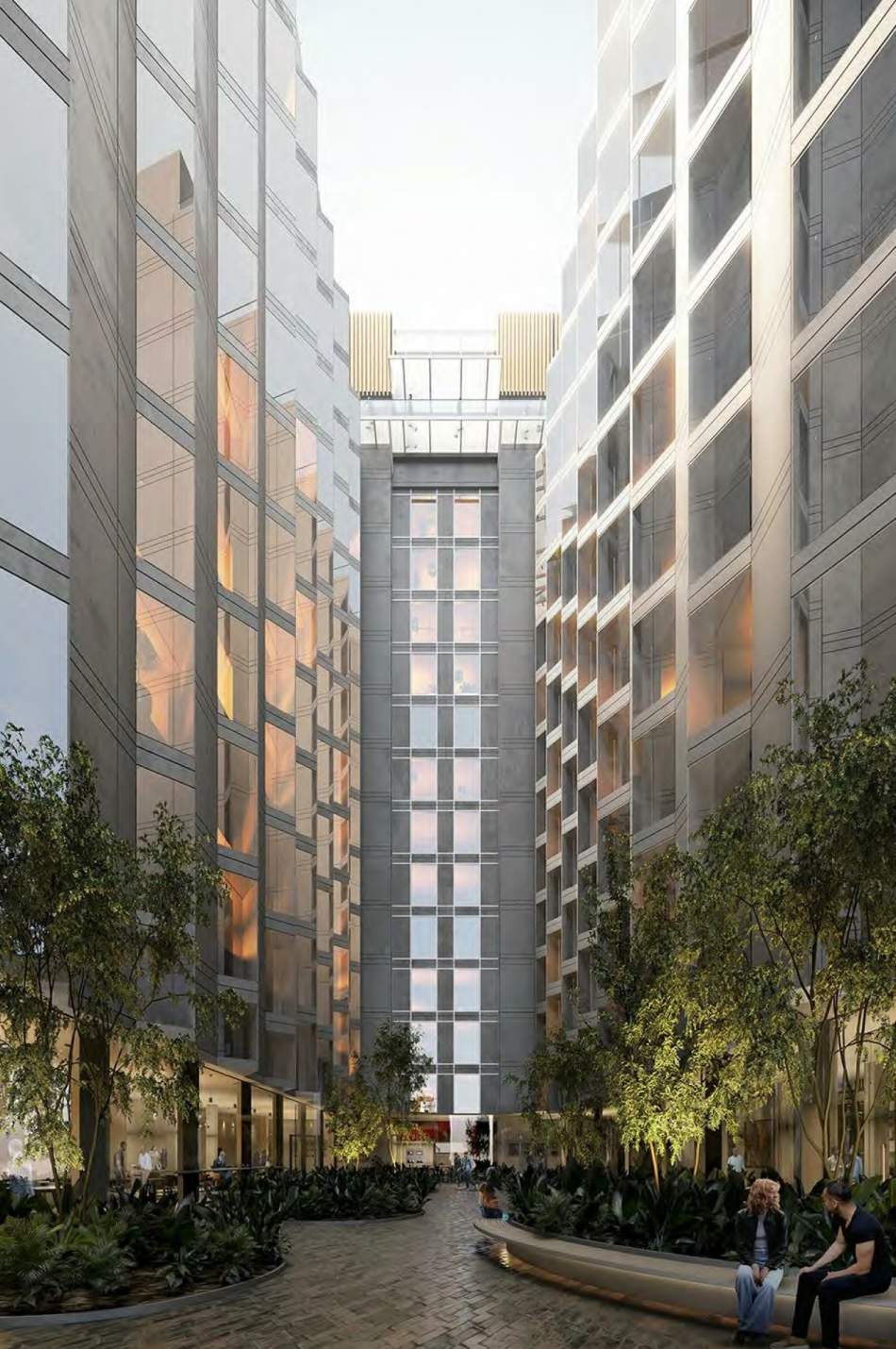 Gensler is designing the project, located at 121 W. 3rd Street, which would have a U-shaped footprint above the podium level, wrapping a landscaped central courtyard. Planned amenities include a fitness room and a rooftop deck. The approximately 195-foot-tall building would be clad in perforated metal screens, framing exterior-facing balconies.

The appeal from the Carpenters, which was submitted after the project's approval by the City Planning Commission in January, argued that the high-rise should not have been granted an exemption from review under the California Environmental Quality Act, and should instead be subject to a full environmental impact report. 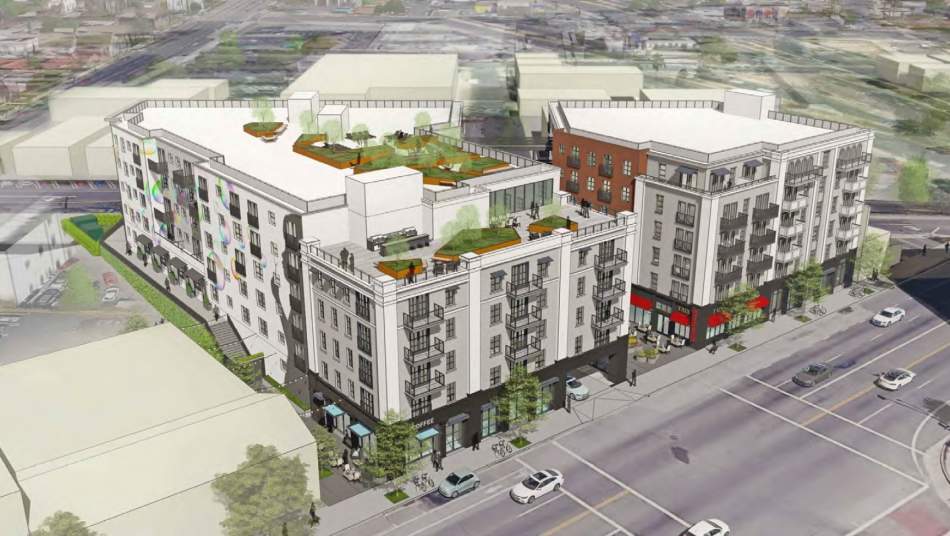 In a second 10-0 vote, the Council also voted to adopt the finding of a Sustainable Communities Project Exemption for Holland Partner Group's proposed mixed-use apartment complex at 1911 Sunset Boulevard in Echo Park. The project, designed by AC Martin, would consist of a pair of six-story structures featuring 170 apartments, ground-floor commercial space, and subterranean parking.

While the Sunset Boulevard project has not faced an appeal, it has not emerged controversy free. The proposed apartment complex would rise at the site of popular French eatery Taix, which sold its longtime home to Holland Partner Group for $12 million in a deal which will allow the restaurant to return as a tenant on the ground-floor of the new complex. 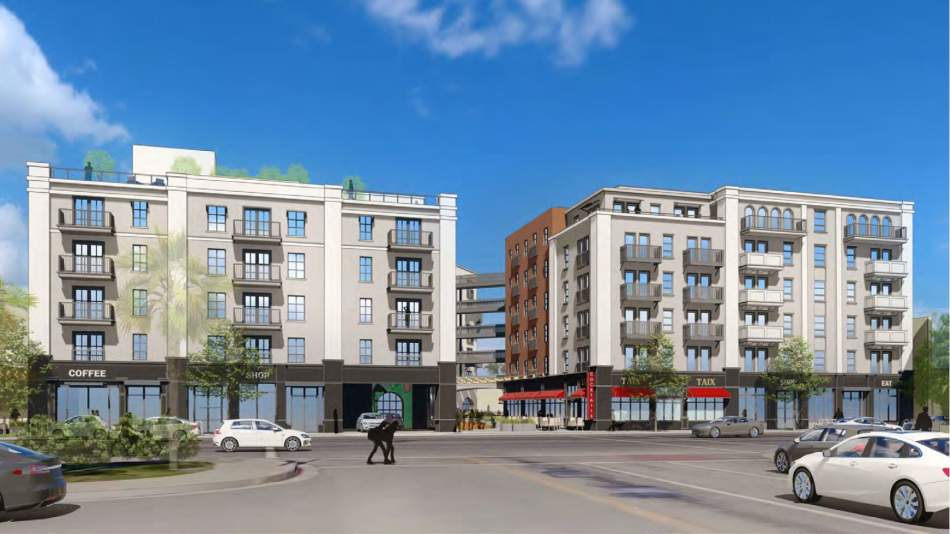 Opponents to the project, including local preservationists, have sought to landmark the Taix building in the hopes of potentially blocking its demolition. However, the City Council ultimately decided against designated the building itself as a Historic-Cultural Monument in 2021, instead applying the distinction to the property and the notable features of the restaurant.

The Eastsider reported in 2020 that owner Mike Taix has stated that the restaurant is unable to survive for the long term in its current building, and has credited the deal with Holland Partner Group for saving the business.