Four years after scoring development rights for Bunker Hill's coveted Y-1 parcel, co-developers MacFarlane Partners and Peebles Corporation have secured entitlements from the City of Los Angeles for Angels Landing, a project billed as the tallest U.S. development to be built by Black developers. 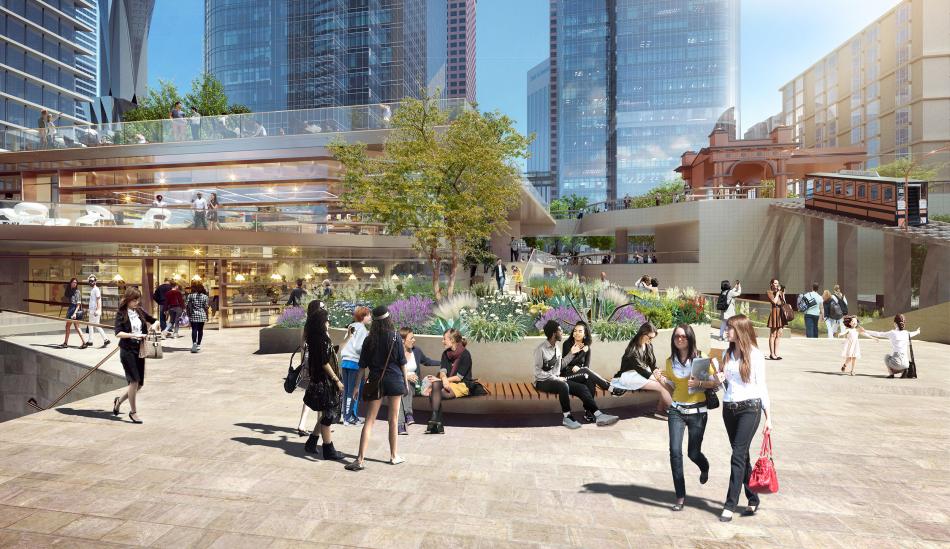 “We are focused on bringing increased diversity and equity to L.A. through affirmative development, and the transformative impact of empowerment and economic inclusion from Angels Landing will be felt by an array of businesses including African American, Latino- and Asian-owned,” said Peebles Corporation R. Donahue Peebles in a statement. “We have committed to a goal of 30% minority and women-owned business contracting across the board for our project in excess of over $480 million, and we’re raising the bar for economic inclusion for development projects in L.A,” he said.

Slated for a hillside property above an entrance to the Pershing Square subway station at 4th and Hill Streets, the project calls for the construction of: 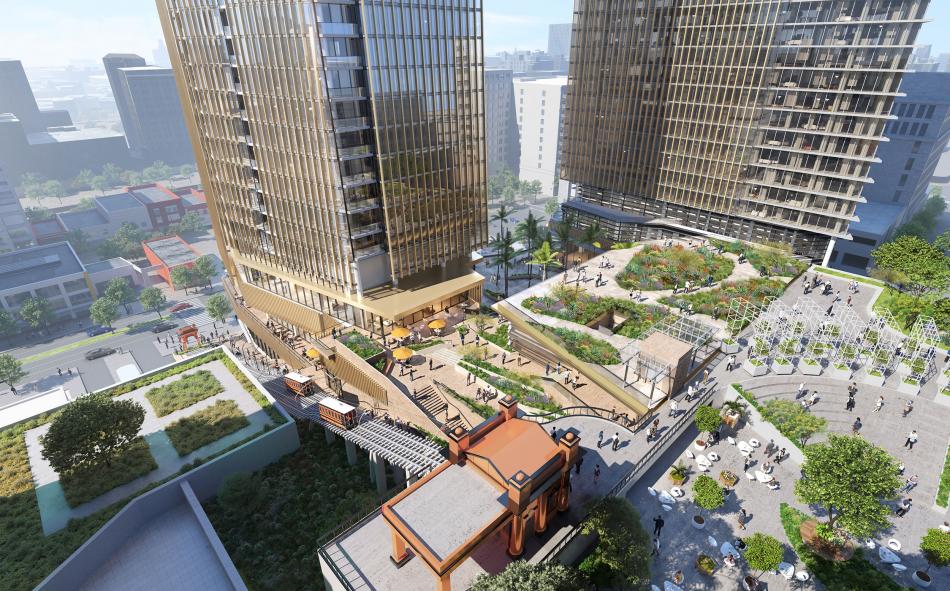 According to the Los Angeles Times, the developers have also agreed to subsidize 65 affordable units at another off-site location which has yet to be selected.

Handel Architects and Olin lead the design team for Angels Landing, which would include towers rising 64 and 42 stories in height. The larger of the two towers, at 854 feet in height, would rank as the fourth tallest building in Los Angeles if built today.

Plans also call for a multi-level open space called Angels Landing Plaza, which would sit between the buildings and connect the project's commercial uses to the neighboring Metro station on Hill Street, as well as California Plaza to the west on Grand Avenue and the Angels Flight funicular railway to the north

A financial study commissioned by the developers indicates that the $1.6-billion project would create 8,300 temporary jobs during construction, and 800 permanent jobs after completion. 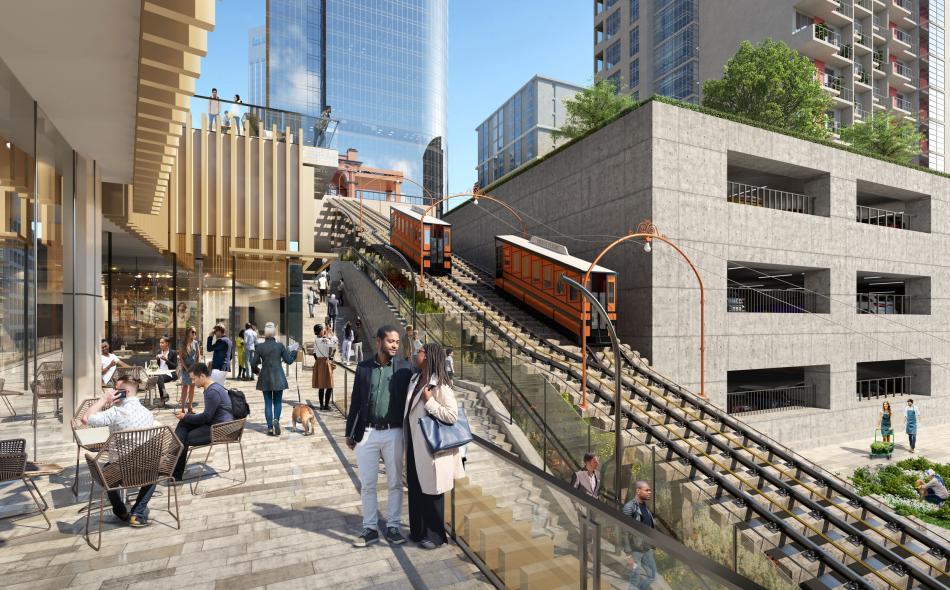 The Times reports that completion of Angels Landing is expected prior to the 2028 Summer Olympic Games.

The project site sits at the border between Bunker Hill and Downtown's Historic Core neighborhood, where smaller mixed-use project like Equity Residential's proposed 31-story apartment tower next to Grand Central Market are also in the works

MacFarlane Partners, one of the members of the Angels Landing team, is no stranger to Downtown Los Angeles. In 2020, the company completed work on Park Fifth, a mixed-use complex which replaced a parking lot adjacent to Pershing Square with 660 apartments and retail space. 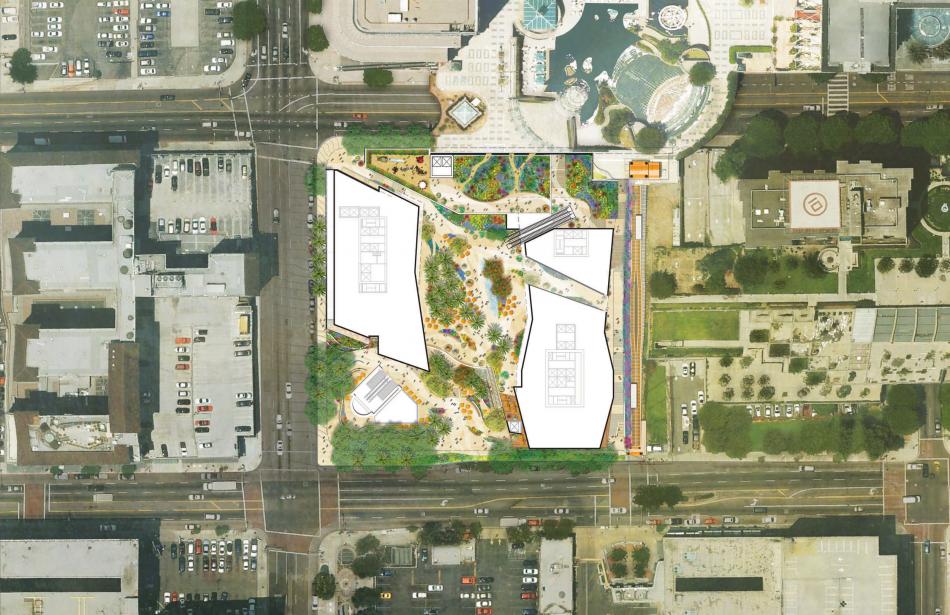 The proposal from MacFarlane and Peebles, which won out over two proposals from Onni Group and Lowe Enterprises in a citywide competition decided in 2017, has undergone some revisions since first unveiled. The project initially pitched to city officials had called for a larger complex with 650 apartments and condominiums with 500 hotel rooms, centered 1,000-foot-tall skyscraper which would have rivaled the U.S. Bank Tower and the Wilshire Grand.