After a pair of marathon hearings, the Los Angeles City Planning Commission has amended and approved the draft DTLA 2040 plan, sending the proposed rezoning of the city's Downtown core on to the City Council for consideration next.

The DTLA 2040 plan, formally an update to the Central City and Central City North Community Plans, would accommodate those new arrivals - and then some.  Under proposed zoning rules, Downtown would have capacity for more than 175,000 new residents and over 100,000 additional jobs.  Those figures, if realized, would concentrate 20 percent of the city's expected household growth through the next two decades in just 1 percent of its total land area. 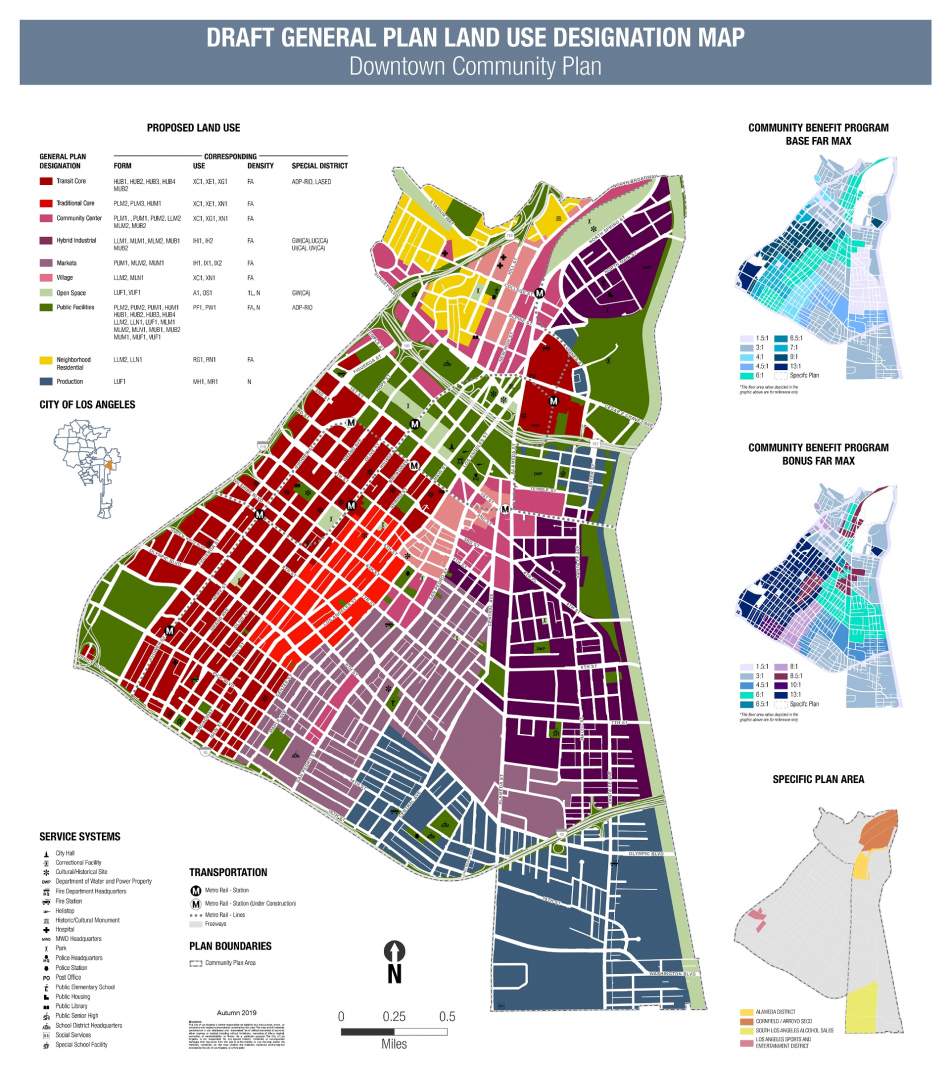 The proposed land use designations for the DTLA 2040 plan, which would nearly double the area in which housing is permitted, include:

More robust zoning in the DTLA 2040 would be paired with streamlined design standards and the relaxation of some zoning restrictions.  New form, function, and use districts would set expectations for building scale, mass, public open space, and even height minimums in select area.  Additionally, the plan would do away with parking requirements entirely, letting developers choose how much (or how little) they build.

The form and function districts, as well as several other elements of the Downtown plan, are a product of the ongoing re:code LA effort, the first comprehensive update to the city's zoning code in decades.  The DTLA 2040 plan is serving as a test run for strategies and concepts that will eventually been rolled out in other neighborhoods through the community plan update process. 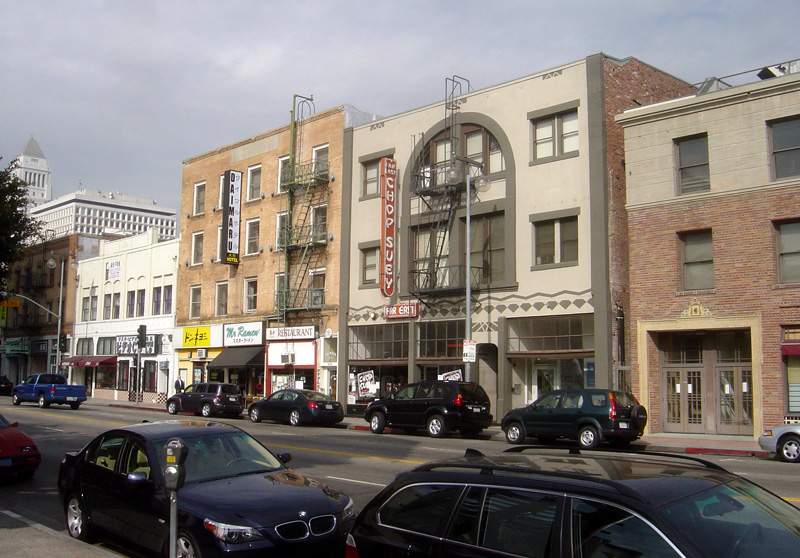 While the draft plan accommodates growth, it also sets restrictions which would guide the built environment for several of its unique enclaves.  Besides the land use designations which would establish baseline and maximum floor area rights, the plan would also impose new design standards and height limits in areas such as the Arts District, Little Tokyo, and Chinatown to reinforce historic neighborhood character.  This would be coupled with transfer of development rights program in the Arts District and Chinatown, where landmarked structures or those considered eligible for landmark status could have their air rights sold and moved to other nearby properties, enabling larger developments while preserving historic buildings.

A similar framework, in which developers purchase excess floor area from the Los Angeles Convention Center from the city to put toward their projects, has long been effect in the Financial District and South Park.  The DTLA 2040 plan proposes to do away with the Transfer of Floor Area Rights (TFAR) program, replacing it with a base-bonus system of a similar vein to the citywide Transit Oriented Communities incentives.  Project applicants would be able to purchase additional floor area through the provision of on-site public benefits such as affordable housing, public open space, or community amenities like room for a library or a daycare.

TFAR, which has enabled the development of many of the Downtown' tallest buildings, has come under increased scrutiny in the wake of a City Hall corruption scandal that has ensnared two former members of the Los Angeles City Council and multiple developers.  In particular, the ability of elected officials to decide what projects, causes, and organizations receive TFAR public benefits payments has come under fire. 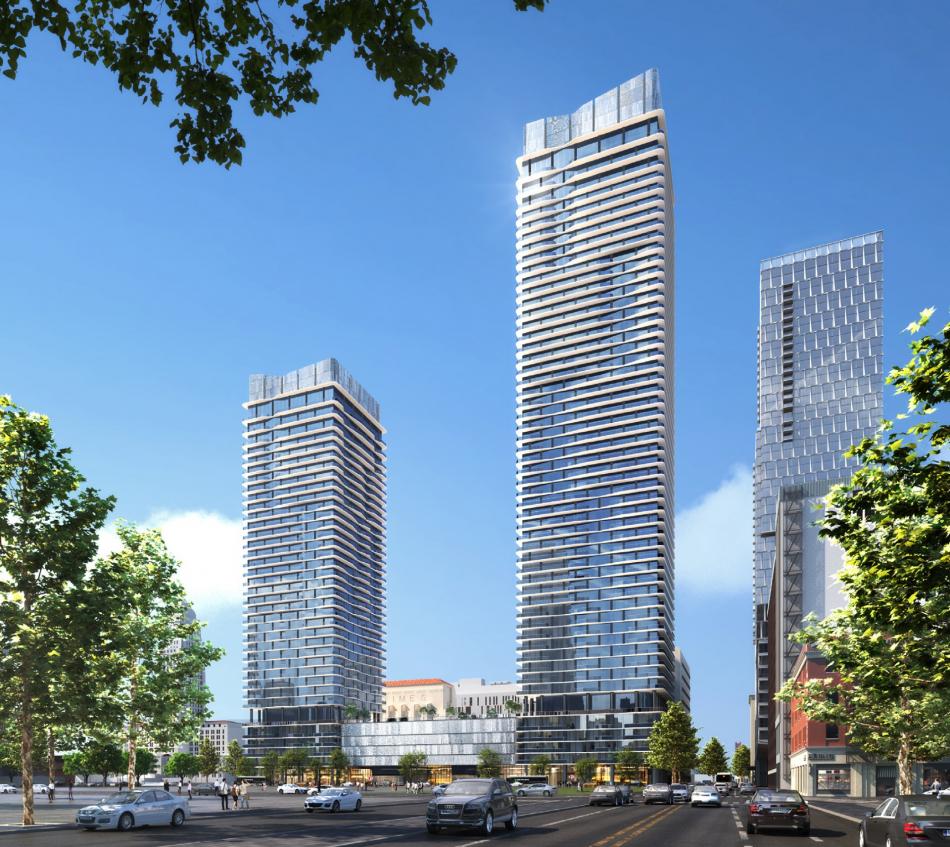 While the document approved by the Commission remained largely intact from what was initially presented, several tweaks were made during the course of deliberations.

Housing affordability in Downtown emerged as a key concern for both the Commission and members of the public offering comment on the DTLA 2040 plan, with several callers noting that the neighborhood's recent development boom has consisted almost exclusively of market-rate units.  While the new base-bonus system has been framed by planners as a means to address the lack of affordable housing in new apartment buildings, an earlier draft had drawn criticism from activists - such as the members of Central City United - for the inclusion of above moderate-income units (sometimes referred to as "workforce" housing) in the program.  The Commission voted to strip the above moderate-income level from the incentive system, but kept allowances for moderate-income housing, based on the argument that the city is required to produce housing for moderate-income households under its Regional Housing Needs Allocation, but not above moderate.

The proposed base-bonus system was not to the satisfaction of 14th District City Councilmember (and newly announced candidate for mayor) who submitted a letter to the Commission demanding that the DTLA 2040 plan be revised to incorporate an inclusionary housing requirement, rather than a voluntary incentive program.

Additionally, the Commission voted to mandate 99-year affordability covenants for new below market-rate units in mixed-income projects built through the base-bonus system.  However, city staff determined that it was infeasible to extend covenants beyond 55 years for projects built with public financing, due to different state and federal regulations regarding housing. 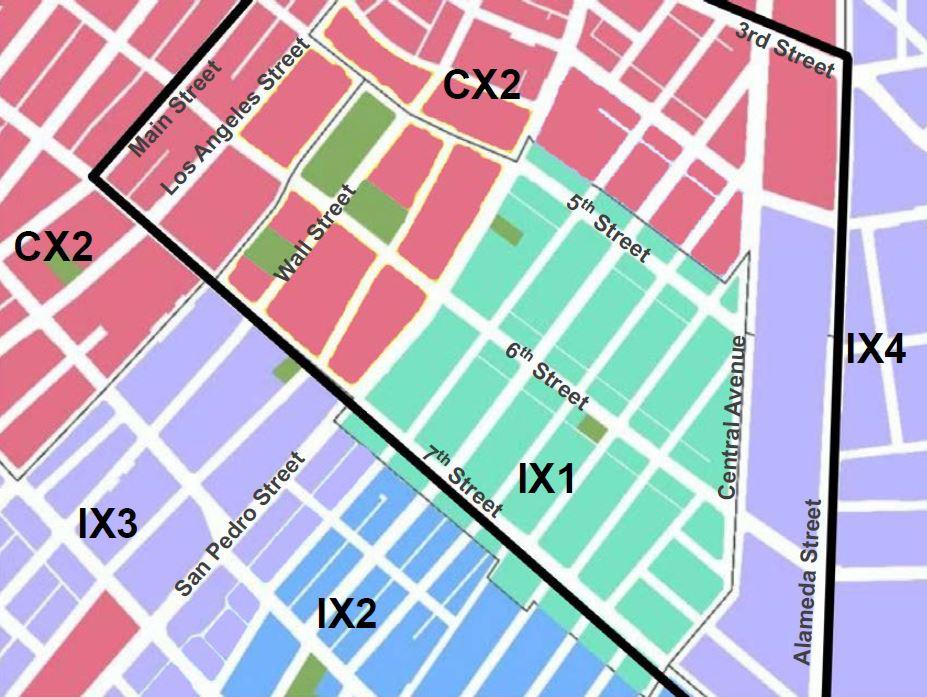 Though subject to some debate, the Commission left intact the proposed IX1 in Skid Row, where new housing would not be permitted with the exception of deed-restricted affordable units.  The retention of the IX1 zone - which would be bounded by 5th Street, 7th Street, San Pedro Street, and Central Avenue - has been a key goal of the L.A. Community Action Network, a member of the CCU coalition.

Likewise, other service organizations and business advocacy groups serving the Downtown area argued against the IX1 zone as a concept, preferring that the area remain open to mixed-income projects.

"While your intention is to expand housing affordability - a position we wholeheartedly support, the outcome is essentially segregation by income," reads a statement included in The Voices of Central City East, a response from to the DTLA 2040 plan from the Central City East Association.  "We believe that using income as a criteria to create neighborhoods - impoverished or affluent alike - not good policy with no evidence of success anywhere."

While all Commissioners supported the retention of the IX1 zone, there was less unanimity regarding its boundaries.  While the majority ultimately left the borders changed, some suggested expanding the boundaries to match the full boundaries of Skid Row - as far north as 3rd Street and as far west as Main Street - or potentially southward to include land that is part of the Fashion District.  The latter suggestion was subject to pushback in the wake of comments from workers in the garment factories of the Fashion District, who cautioned that the redevelopment of the area to the south could mean the end of clothing manufacturing in Downtown. 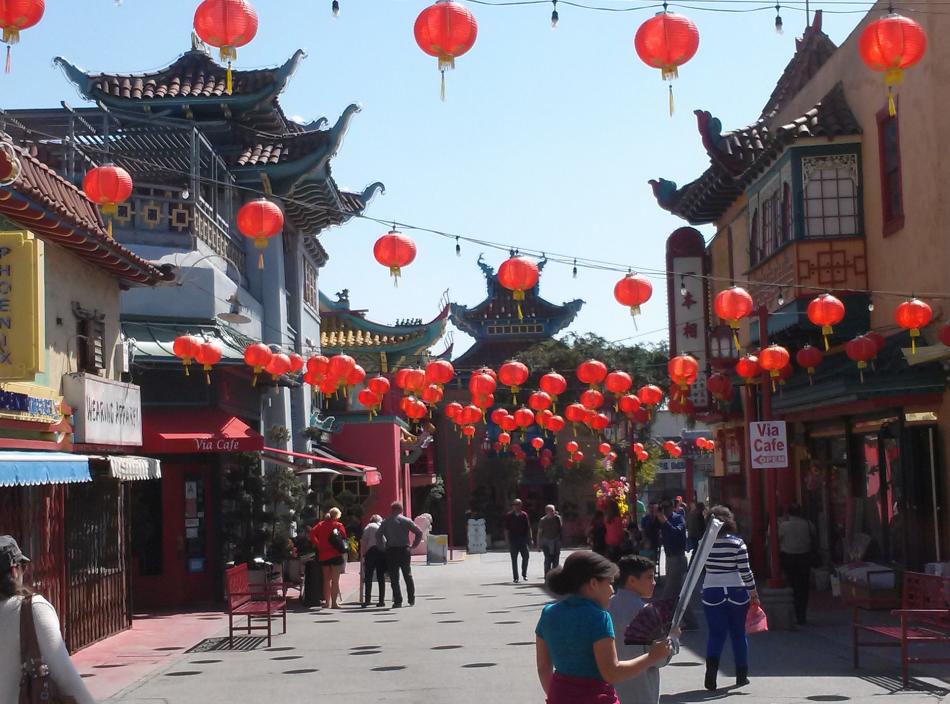 Commissioners also heard dozens of comments from stakeholders in Chinatown, including former Los Angeles City Councilman Michael Woo, who argued that the DTLA 2040 plan - which decreases base zoning rights for broad swaths of the community - would accelerate a decline in the neighborhood.  Some of those assertions may be supported by an economic analysis conducted as part of the planning effort, which found that new construction would likely be infeasible in Chinatown without an increase in rents.  Nonetheless, planning staff countered that the new zoning did not truly decrease capacity, but rather would require the use of the base-bonus program or transfer of development rights system to achieve higher densities.

DTLA 2040, which has been in the works for roughly eight years, will next face the City Council's Planning and Land Use Committee, which will vote on the plan prior to adoption by the full Council.