With the City of Los Angeles getting its latest round of Project Homekey purchases out of the way, Los Angeles County now steps up to the plate.

A series of notices distributed this week offers details regarding nine existing and under-development projects which the County hopes to acquire through the second round of Project Homekey, which provides $1.45 billion in grant funding statewide for jurisdictions to purchase hotels and apartment buildings to repurpose them as supportive or interim housing. Here are some of the acquisitions that the County and its partners have in the works. 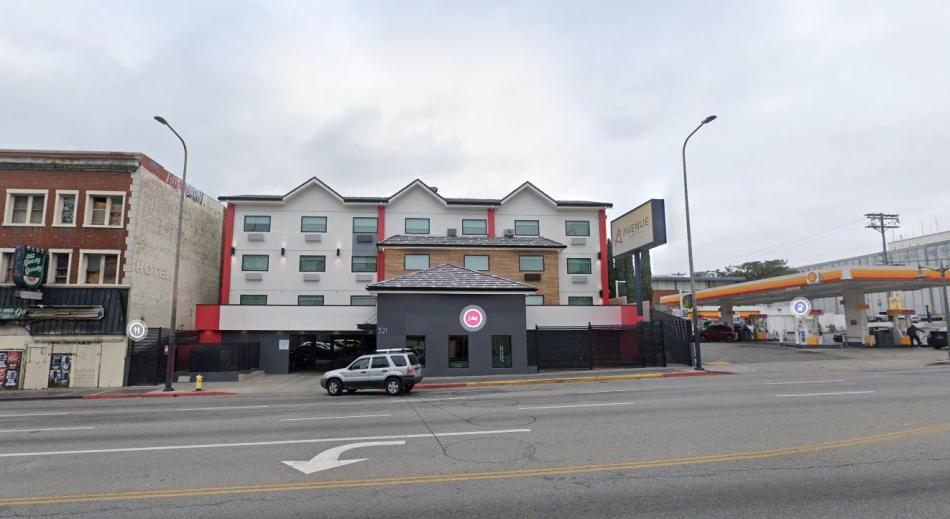 Built in 1989 and renovated just before the pandemic, the Avenue Hotel at 321 N. Vermont Avenue in Koreatown features 73 guest rooms, and will be renovated as supportive housing.

Located at 20157 Ventura Boulevard in Woodland Hills, the 100-room 818 Hotel will be transformed into interim housing. A neighboring hotel is also being purchased through the City of Los Angeles through Project Homekey. 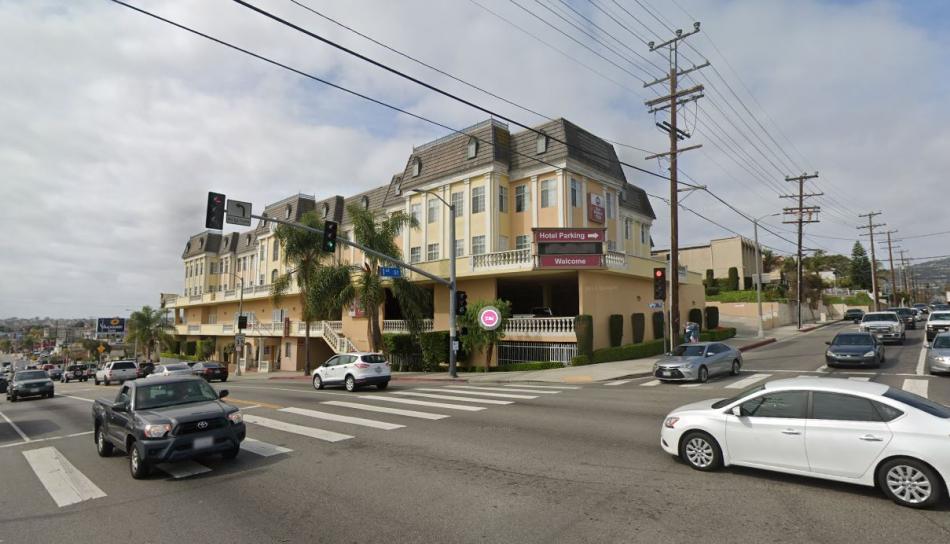 The Best Western, San Pedro, located at 111 S. Gaffey Street, will be transformed into 60 units of interim housing.

Located just south of the SR-91 Freeway in Carson, the Hampton Inn at 767 Albertoni Street is being acquired by Los Angeles County to be converted into 136 units of permanent supportive housing.

The Castaic Inn, located at 31411 Ridge Route Road in the unincorporated community of Castaic, would be acquired by the County to be repurposed as 50 units of permanent supportive housing. 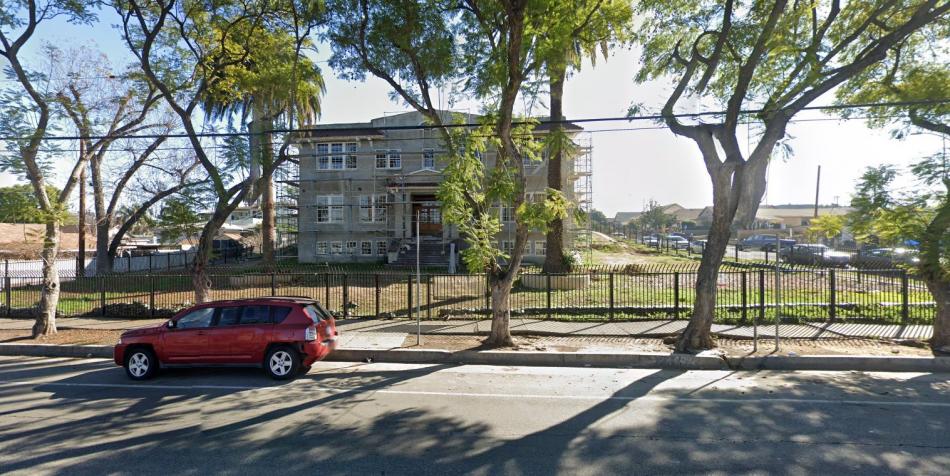 In Boyle Heights, the County is looking to purchase a 108-year-old hotel at 506 N. Evergreen Avenue (which is already in the midst of a renovation) to utilize it as 40-unit interim housing complex.

The Weingart Greenleaf at 10317 Whittier Boulevard in WhittierGoogle Street View

The County and Weingart Center are slated to the shuttered La Casa Inn at 10317 Whittier Boulevard in Whittier to repurpose the building as 101 units of permanent supportive housing.

In Lancaster, Los Angeles County is poised to purchase the Sands and Tropic Motels at 43135 and 43145 Sierra Highway to use the single-story structures at 38 units of interim housing.

In Pico-Union, Los Angeles County is slated to acquire an as-yet unbuilt 76-unit development at 1228 S. Normandie Avenue. The project site, which is currently vacant, was previously slated for development with affordable housing. 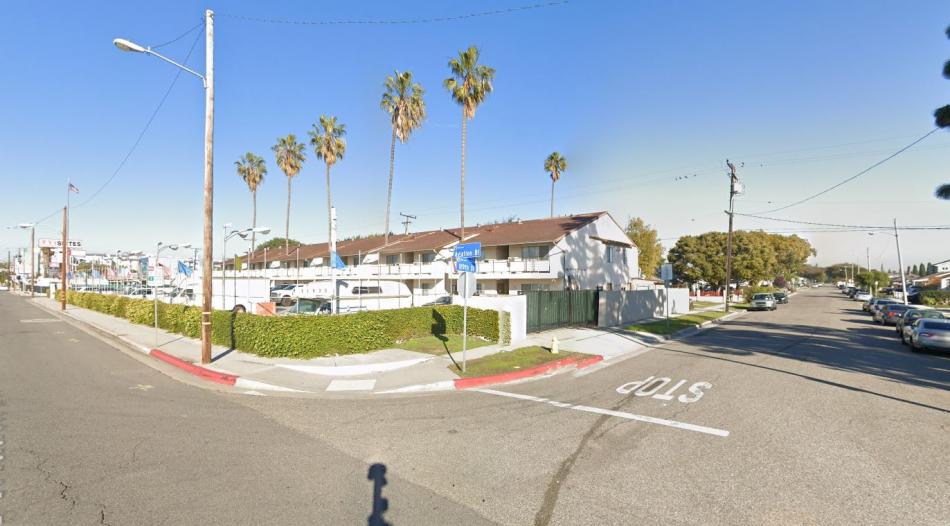 A few blocks south of of the C Line's Aviation/LAX Station in the unincorporated community of Del Aire, the County is eyeing a small hotel at the intersection of Aviation Boulevard and 119th Street to repurpose it as permanent supportive housing. The approximately 19,500-square-foot LAX Suites would have capacity for 48 residential units. 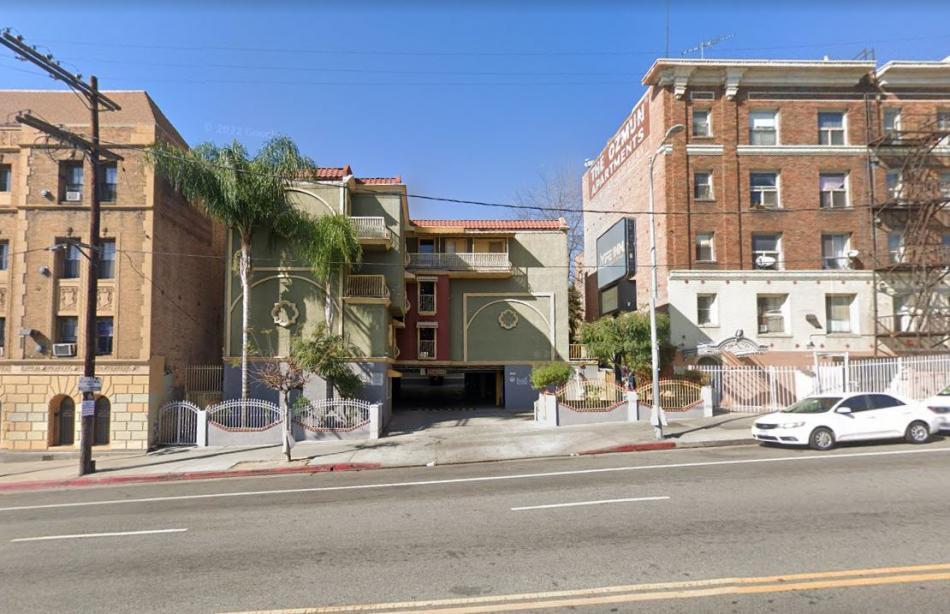 The Lyfe Inn & Suites, located at 355 S. Alvarado Street in Westlake, is being targeted for reuse as a 44-unit interim housing complex. Plans also call for community meeting rooms and workspaces for staff. 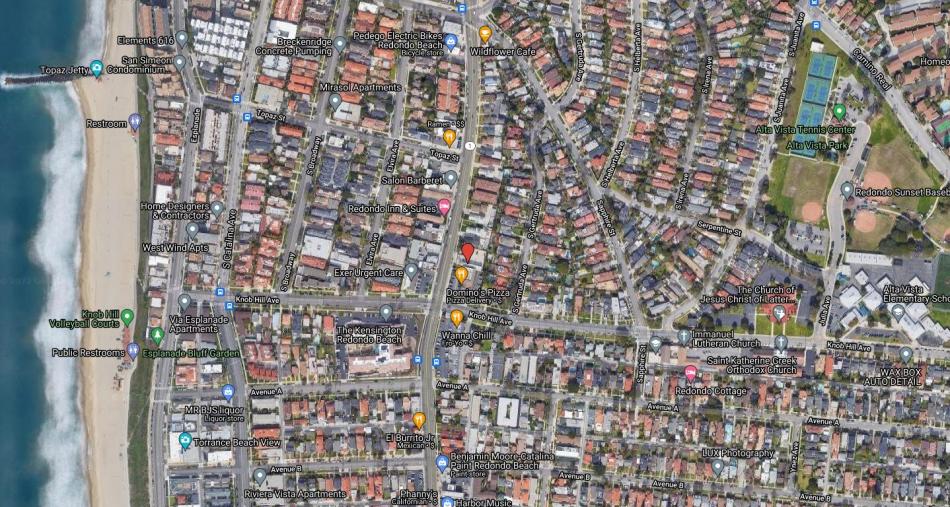 South of the Redondo Beach Pier, the County hopes to transform the Pacific Coast Inn, a 20-room motel at 716 S. Pacific Coast Highway, into permanent supportive housing with community space and on-site services.

Back out in the Antelope Valley, County officials are aiming to convert the Knights Inn at 130 E. Palmdale Boulevard into a 100-unit permanent supportive housing complex. 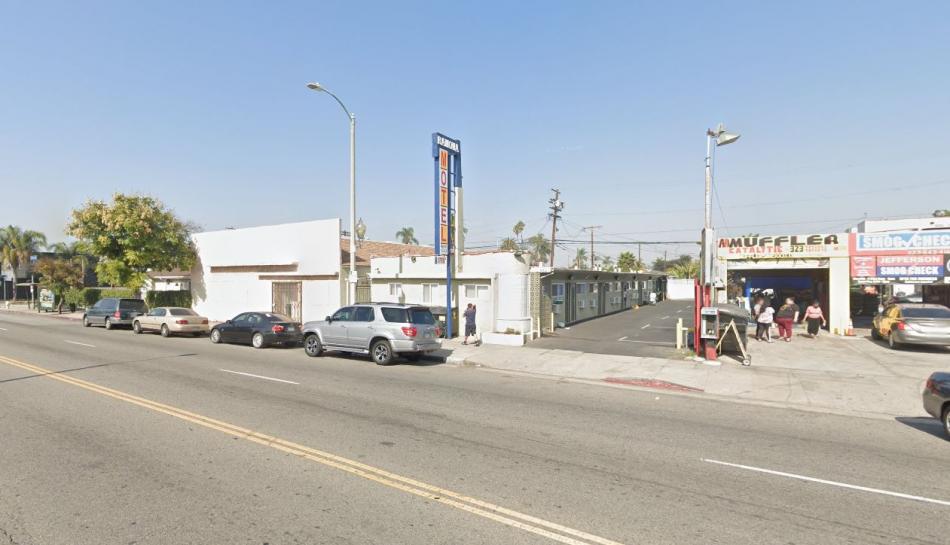 A short distance north of Metro's Expo/Crenshaw Station in South Los Angeles, the 1940s Ramona Motel at 3211 W. Jefferson Boulevard is slated to be converted into 20 units of interim housing. 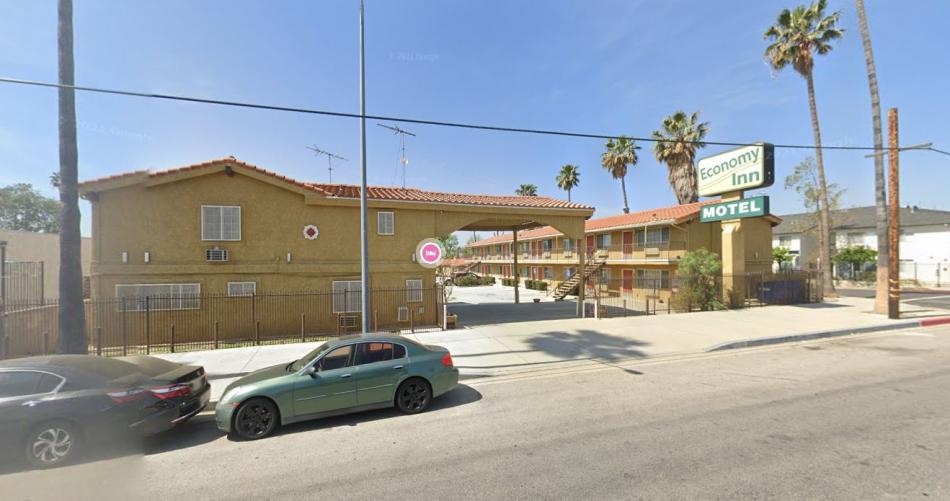 In Sylmar, the County aims to acquire the 33-unit Economy Inn at 12873 San Fernando Road to conver the property into permanent supportive housing. Plans call for the addition of a kitchenette to each unit, as well as upgrades to systems across the property. 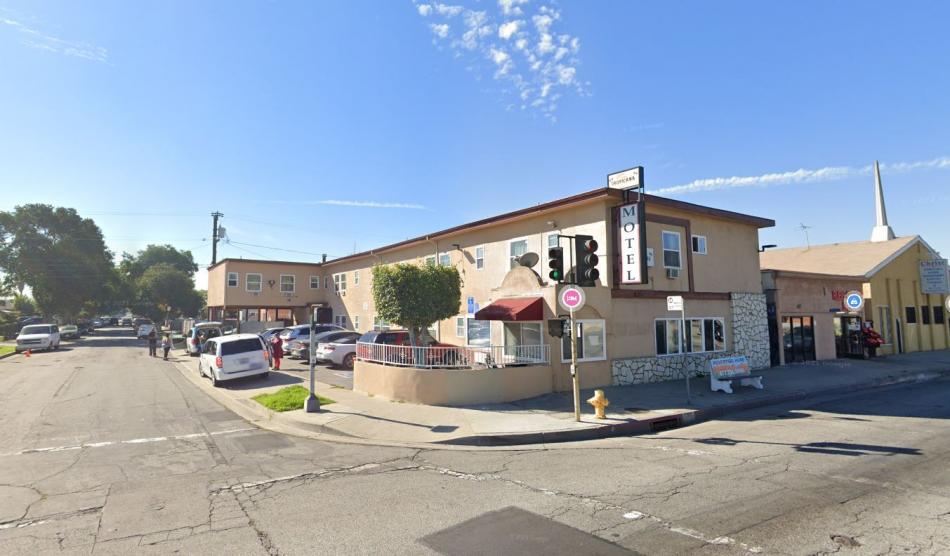 Located at the intersection of Compton Boulevard and Bradfield Avenue, the 40-unit Tropicana Motel is slated to be permanently converted into interim housing. Los Angeles County already leases the property to serve as family interim housing. 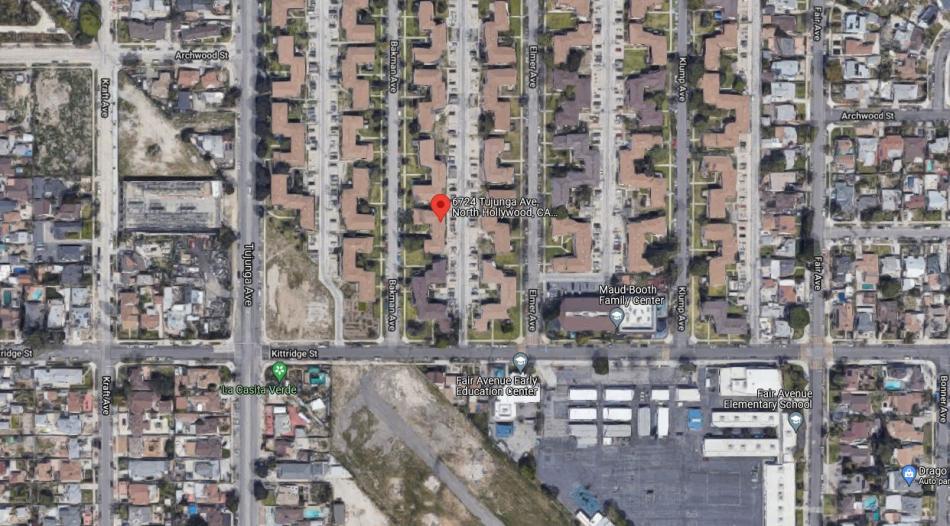 In North Hollywood, the County hopes to use Project Homekey funds to redevelop a property at 6724 Tujunga Avenue with a three-phase project consisting of 100 units of interim housing. Plans call for a mix of one- and two-bedroom dwellins in a series of low-rise structures. 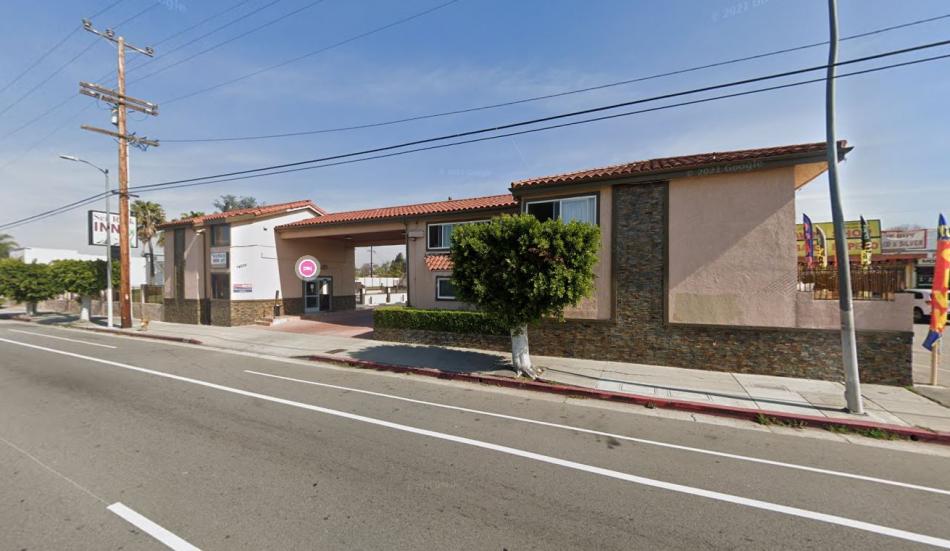 At 14032 S. Vermont Avenue in Harbor Gateway, the County is once again working with the Weingart Center to repurpose a motel as supportive housing. In this case, the two entities have targeted the 53-unit Sea Rock Inn.