One year ago, the Los Angeles County Department of Mental Health (DMH) debuted its new headquarters - a 20-story, 468,000-square-foot office tower near the intersection of 6th Street and Vermont Avenue in Koreatown. The move, part of a larger project dubbed the Vermont Corridor, was expected to clear the way for the adaptive reuse of the department's former home as housing. That plan now seems to be in flux.

A staff report from the Chief Executive Office scheduled for review at next week's meeting of the County's Board of Supervisors proposes a big change to the Vermont Corridor project. Specifically, County staff now recommend abandoning plans to convert the old DMH headquarters - a 12-story structure located next door to the building which replaced it - into 172 market-rate apartments. Instead, plans now call for retrofitting, renovating, and expanding the vacant 1960s building to house other County functions.

The proposed project, estimated to cost roughly $170 million, would add a new facade to the tower's exterior, while also implementing a seismic retrofit and upgrades to building systems. Additionally, the renovation would extend the floor plate of the building, adding 78,000 square feet of new space to the 165,000 square feet of offices that exist today. 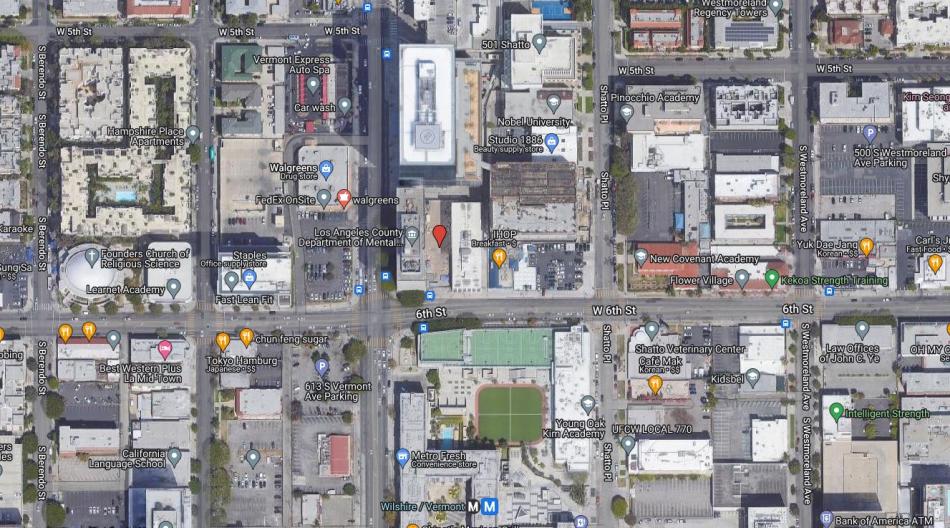 Retaining the former DMH building as offices would allow the relocation of public employees who currently work out of leased space, thereby reducing the County’s lease footprint.

"Within a three-mile radius of the Vermont Corridor area, there is approximately 228,600 square feet of County leased office space with termination dates within six months of the projected completion [of the DMH building renovation]," explains the staff report.

Pending approval by the Board of Supervisors and the availability of bond financing, the County's development partner on the Vermont Corridor project Trammell Crow Company is expected to begin work on the retrofit in April 2023 and have the site available for move-in by July 2025.

The former DMH building is considered the second site of the overall Vermont Corridor project, which also includes the newly-built office tower and a  new senior affordable housing complex with a YMCA community center now taking shape across the street.