Earlier this month, the Los Angeles County Board of Supervisors voted to approve the release of more than $63 million in funding for the construction of two affordable and permanent supportive housing developments in Panorama City and Long Beach. 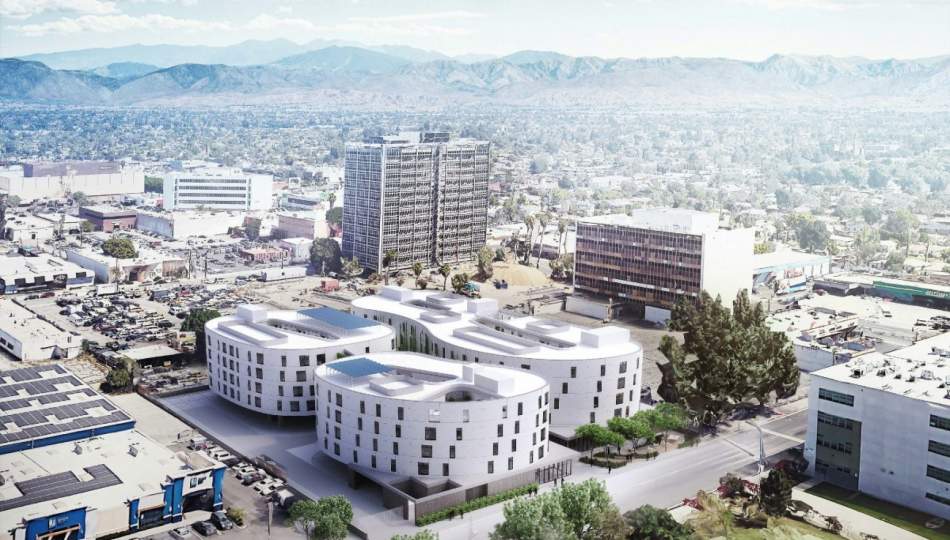 The first project, the initial phase of Clifford Beers Housing's Corazon del Valle apartments, would rise from a County-owned property located at 14545 Lanark Street just south of the Panorama Mall. The Perkins&Will designed development will include 90 apartments above 3,000 square feet of ground-floor commercial space and parking.

Per a staff report, plans call for a mix of studio, one-, two-, and three-bedroom units, restricted to households earning at or below, 30, 50, and 60 percent of the area median income level. Half of the apartments are to be restricted to formerly homeless households.

Funding approved by the Supervisors includes $36.3 million in bonds, supplementing $68 million in existing funding already allocated through the City and County of Los Angeles.

Completion of the initial phase of Corazon del Valle is expected in 2023. A second phase, which would add 90 more apartments to the property, does not have an announced timeline. 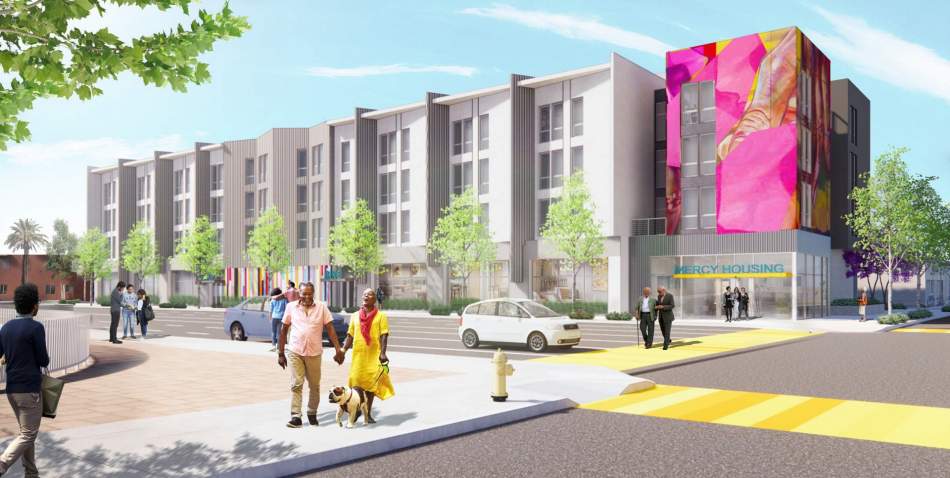 View from PCH and MLK looking northwestStudio One Eleven

The second project to receive funding, Mercy Housing's PCH/MLK apartments in Long Beach, is slated to replace a series of commercial buildings at the northwest corner of Martin Luther King Jr. Avenue and Pacific Coast Highway.

Plans approved by the City of Long Beach, and designed by Studio One Eleven, call for the construction of a four story building containing 67 apartments for moderate-, low-, and very low-income seniors above roughly 4,000 square feet of ground-floor commercial space and parking for 38 vehicles.

The Board of Supervisors voted to issue roughly $26.8 million in taxable and tax-exempt bonds for the project's construction.