The Los Angeles County Board of Supervisors moved yesterday to issue $18.7 million in bond financing for a new permanent supportive housing development in Pasadena.

The tax-exempt financing will go toward the Salvation Army's Pasadena Hope Center, a proposed development that would replace a small office building at the intersection of Walnut Street and Catalina Avenue.  Plans call for the construction of a four-story edifice containing 65 single-room occupancy apartments (and one two-bedroom manager's unit) above approximately 2,600 square feet of office space for service providers and a parking lot for 15 vehicles.

All residents of the proposed building are to be single adults who meet the U.S. Department of Housing and Urban Development's definition of "homeless," according to a motion from Supervisor Kathryn Barger.

Culver City-based architecture firm Carde Ten is designing the project, which would mix Art Deco architecture with contemporary design.  Architectural plans show a low-rise building with a white-stucco structure and amenities for residents, such as a yoga room, a courtyard, a library, and multiple outdoor decks. 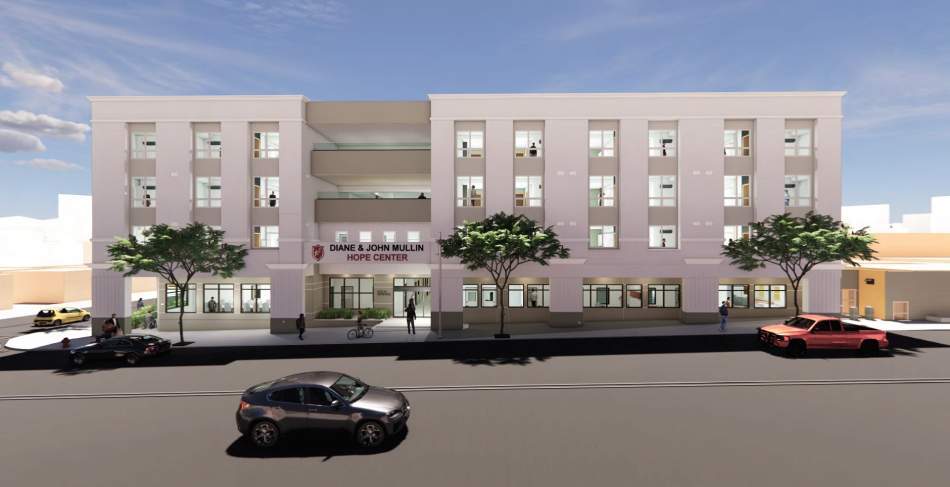 Past reports have estimated the cost of the proposed development at roughly $32 million.

A groundbreaking ceremony for the project is scheduled for October 12, according to an announcement by Supervisor Kathryn Barger.  Completion of construction is expected within approximately 14 months.