A year after our last update, vertical construction is complete for a new multifamily residential development near the L.A. River in Frogtown, and exterior finishes are now taking shape. 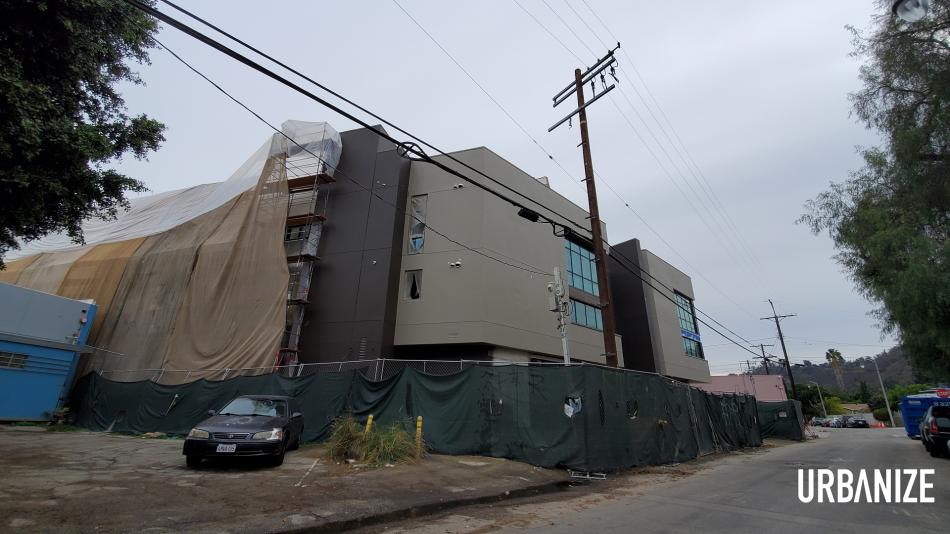 The project, located at 1901 W. Blake Avenue, is being developed by Los Angeles-based real estate investment firm Uncommon. The new apartment complex will consist of 52 one- and two-bedroom apartments - including five very low-income affordable units - above a 58 parking stalls in a subterranean garage.

KFA Architecture is designing the Blake Avenue development, which will consist of two interconnected three-story structures buildings flanking a central courtyard. Plans also call for a 5,500-square-foot courtyard and a community room.

The project is one of a handful of infill developments planned or under construction in Frogtown, including a  proposed housing and commercial space is that would rise a short distance away on Blake Avenue. The two sites are located within walking distance a new bridge connecting Frogtown to the Taylor Yard on the opposite side of the river. 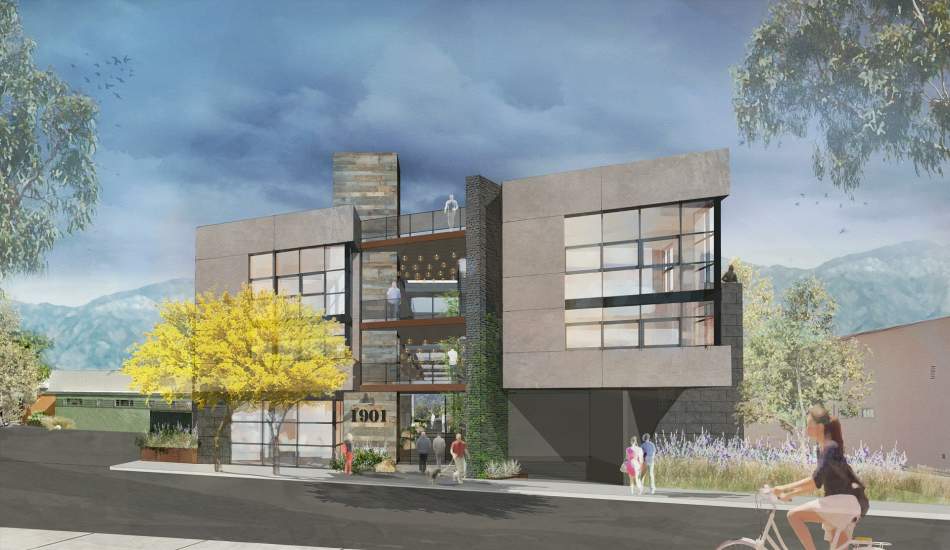 Uncommon, the developer, is also behind a budding housing and office complex in Chatsworth, which now serves as the headquarters of toymaker MGA Entertainment, as well as a proposed mixed-use apartment building in Beverly Grove.