After six years, the Los Angeles County Board of Supervisors voted yesterday to adopt a master plan for the full 51 miles of the L.A. River, formalizing yet another framework for the development of urban trails and parks along the largely concrete-encased waterway. In anticipation of the new investment that may result from the plan, officials are now exploring steps to blunt the impacts of gentrification along the river corridor.

In a unanimous vote, the Board of Supervisors have requested a report within 60 days on what steps are needed to establish a land bank pilot program for Los Angeles County, with a focus on communities located along the L.A. River.

Land banks, as explained by a June 3 memo from the County's Chief Executive Office, are public organizations which acquire, hold, and manage land to remove it from the market and reserve it for future uses - often affordable housing. They may be complemented by community land trusts, which are non-profit organizations which provide and develop affordable housing, and may create opportunities for homeownership.

A report submitted to the Board of Supervisors - authored by the Southeast Asian Community Alliance, Street Level Advisors, and L.A. River Master Plan design team members OLIN and Gehry Partners - makes the case for a land bank in the context of economic hardships that have already resulted in widespread displacement in large swaths of Los Angeles County.

"The displacement of low-income residents due to rising rents and gentrification also has a direct correlation to LA’s homelessness crisis, as the 2020 Homeless Count revealed that two-thirds of the unsheltered adults experiencing homelessness were homeless for the first time that year, with 59 percent of them citing economic hardship as the cause," reads the report. "The displacement pressure is even greater post COVID-19, now that so many more vulnerable families are living on the edge of homelessness." 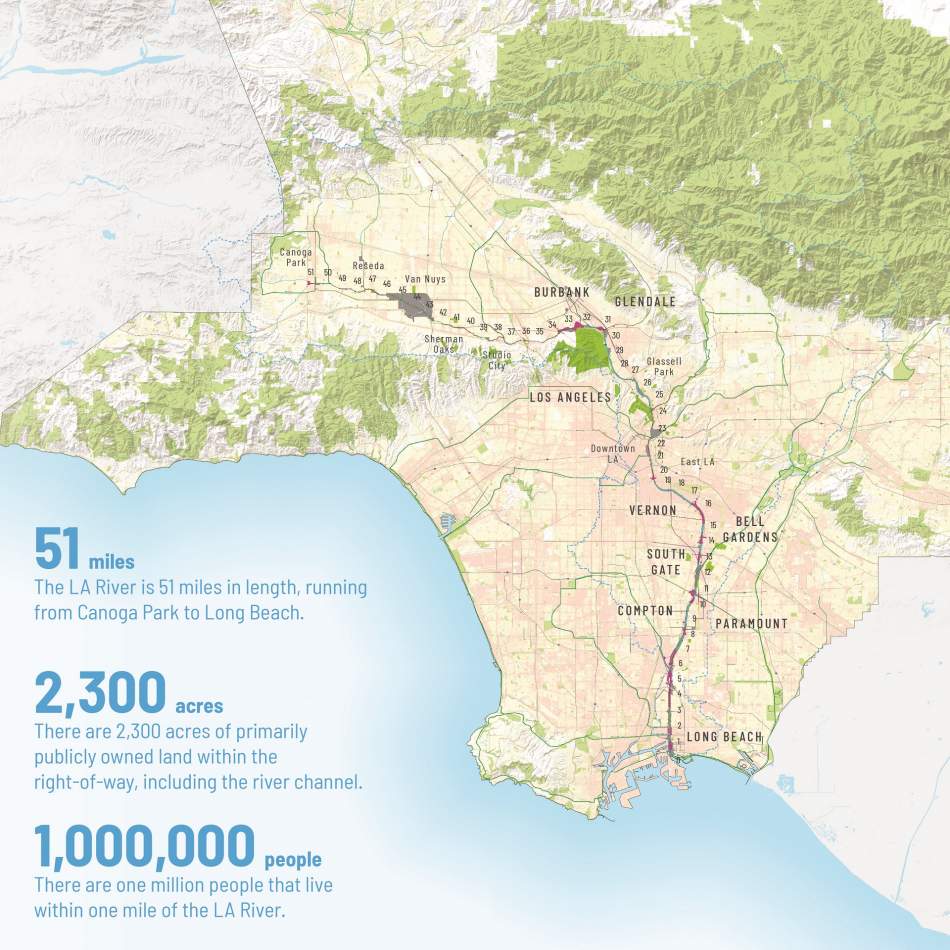 The report also argues that had Los Angeles County initiated such a program five years earlier, land along the river corridor could have been acquired at a sharp discount relative to real estate prices seen today.

Potential funding sources for a pilot land bank in Los Angeles include grant money at the state, federal, and even local level. American Rescue Plan Act funds, according to the report, have already been used for similar purposes in other jurisdictions within the United States, albeit not specifically for the creation of a land bank.

In addition to a report on what steps are needed to create an L.A. County land bank, the motion from Solis and Kuehl directs the Chief Executive Office and other departments to provide a report within 90 days on options for securing a minimum of $50 million in seed funding for the proposed land bank, as well as other sources of ongoing funding.

While the the County has touted its outreach efforts, the vote to approve the plan comes as a number of community groups representing neighborhoods along the river corridor have announce their withdrawal of support.

A joint letter signed by representatives of East Yards Communities for Environmental Justice, Friends of the LA River, Heal the Bay, LA Waterkeeper, Los Angeles Neighborhood Land Trust, Trust for Public Land, Sacred Places Institute for Indigenous Peoples, and The Nature Conservancy in California requested that their names be removed from the Plan's community engagement and Steering Committee section, arguing that their recommendations had not been taken into account. The groups objected to project elements that would add new concrete to the river channel, such as platform parks. Likewise, Sacred Places Institute for Indigenous Peoples issued a statement indicated the steering committee lacked sufficient representation among Indigenous groups, noting that no Gabrielino Tongva tribal members were included on the committee.

“Quite opposite from the outdated beliefs reiterated in the county’s Plan, the LA River is so much more than just a flood control channel,” said Friends of the LA River president and chief executive Marissa Christiansen,. “From both a scientific and an urban planning perspective, using nature-based solutions and targeted concrete removal to manage floods and remediate contaminated land are feasible, less costly than traditional methods, and are beneficial to local communities.”