One year after breaking ground in Santa Monica's Pico neighborhood, wood framing has reached its peak at a mixed-use affordable housing development at 1834-1848 14th Street. 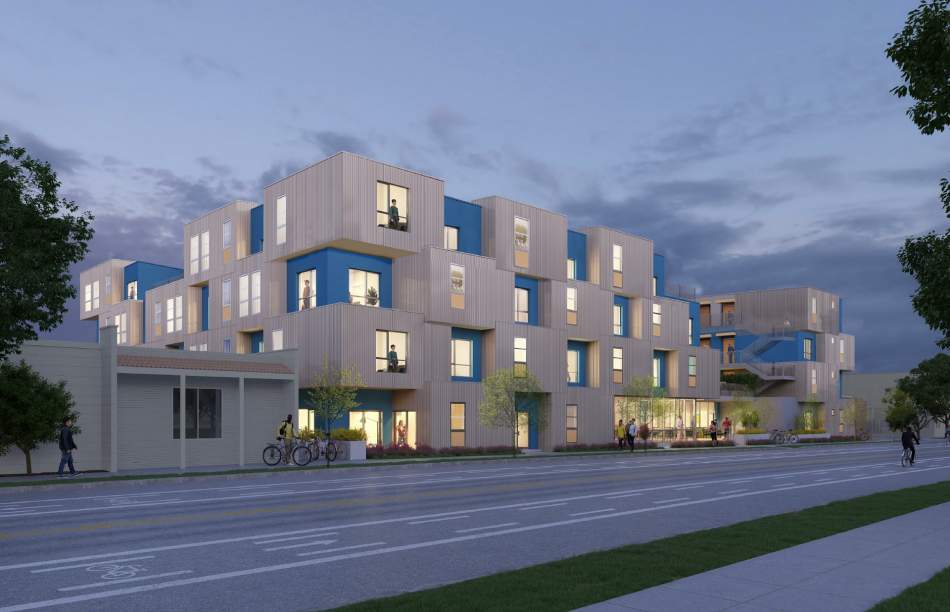 Community Corp. of Santa Monica, the developer behind the Las Flores apartments, is building a four-story edifice that will feature 73 apartments and 3,500 square feet of ground-floor retail space above a subterranean parking garage. Plans call for a mix of one-, two-, and three-bedroom apartments, all of which will be reserved for households earning 80 percent or less than the area median income for a period of 55 years.

Designed by DE Architects, the Las Flores building is composed of series of offset cubic masses that were described in a staff report to the Santa Monica Architectural Review as "a concept of solids and voids."

At the time of the project's groundbreaking, general contractor R.D. Olson Construction estimated that Las Flores would open by Fall 2022. 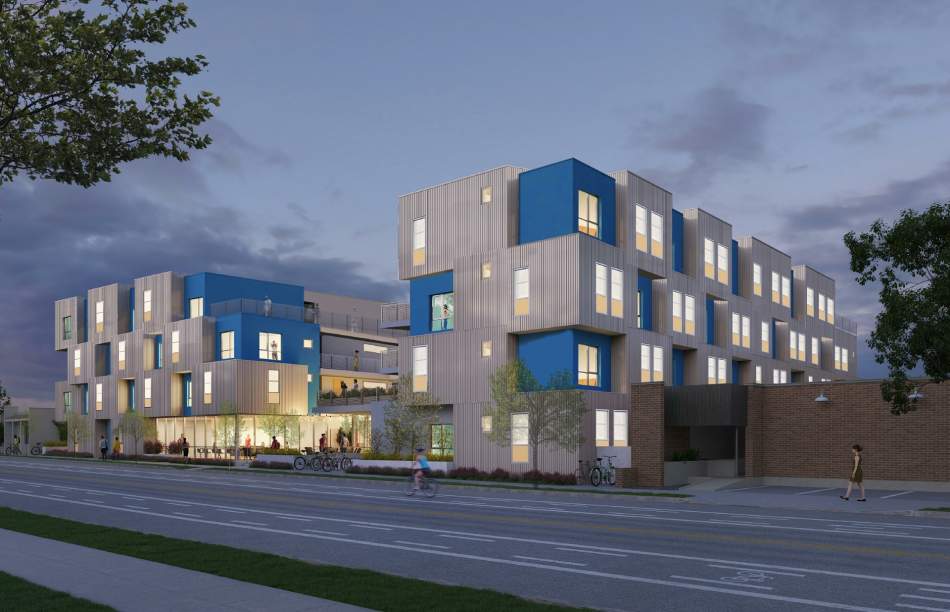 Las Flores was the beneficiary of the state bill AB 1763, which relaxed zoning restrictions regarding height, density, and paring for qualified affordable housing developments. Prior to the enaction of the law, the project was envisioned as a smaller three-story, 55-unit apartment building.

Community Corp., which is based out of Santa Monica, recently built at a senior affordable housing complex a short distance north on 14th Street, and is also in construction at a third project at a nearby site on Pico Boulevard. 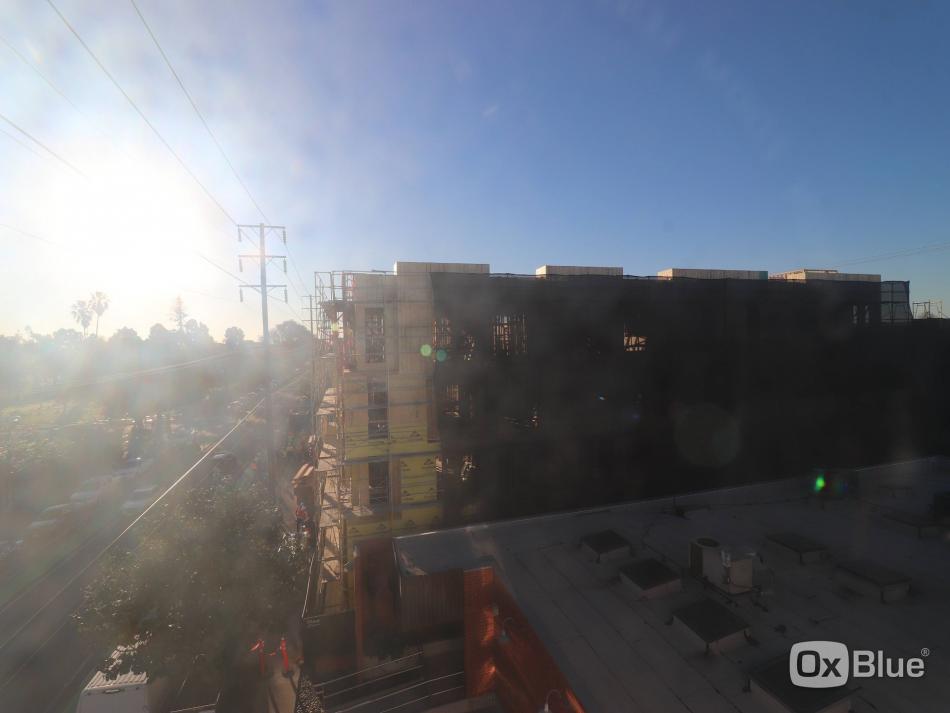 Construction of the Las Flores ApartmentsOxBlue