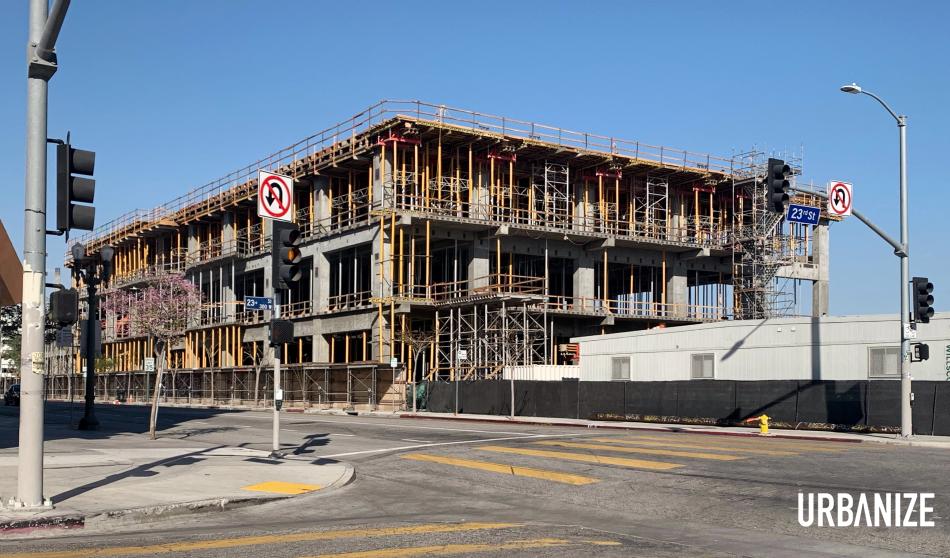 Located on a previously vacant site at the northeast corner of 23rd Street and Grand Avenue, the more than $108-million project consists of a three-story edifice which will feature 180,000 square feet of classrooms, laboratories, and offices. The building, when completed, will serve as the new home of LATTC's construction maintenance and utilities program, which will relocate from another building located on the main campus across Grand Avenue.

HMC Architects is designing the Construction Technology Building, which will be clad in red brick and white metal panels. The low-rise complex will closely resemble LATTC's Johnson Favaro-designed Student Services and Technology Information Buildings, which sit directly west across the street.

In addition to the Construction Technology Building, LATTC is also planning a  new Design and Media Center one block north at Grand Avenue's intersection with Washington Boulevard.

Located midway between Downtown Los Angeles and the USC campus, LATTC has seen commercial developments encroaching into its surroundings from both the north and south. 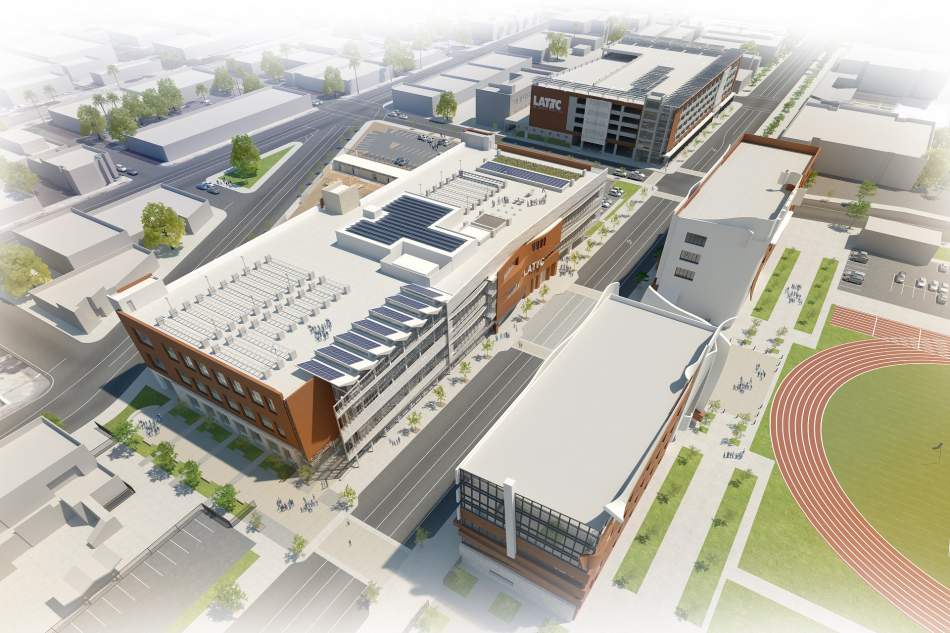 Two blocks south at the intersection of Grand Avenue and Adams Boulevard, Los Angeles-based developer Cityview has completed vertical construction of a $125-million apartment complex which will include 296 residential units and ground-floor retail space.