A little used space nestled between LAX's Terminal 3 and Tom Bradley International Terminal is slated to be repurposed as a pedestrian plaza, according to a presentation scheduled for the August 11 meeting of the Los Angeles Cultural Affairs Commission. 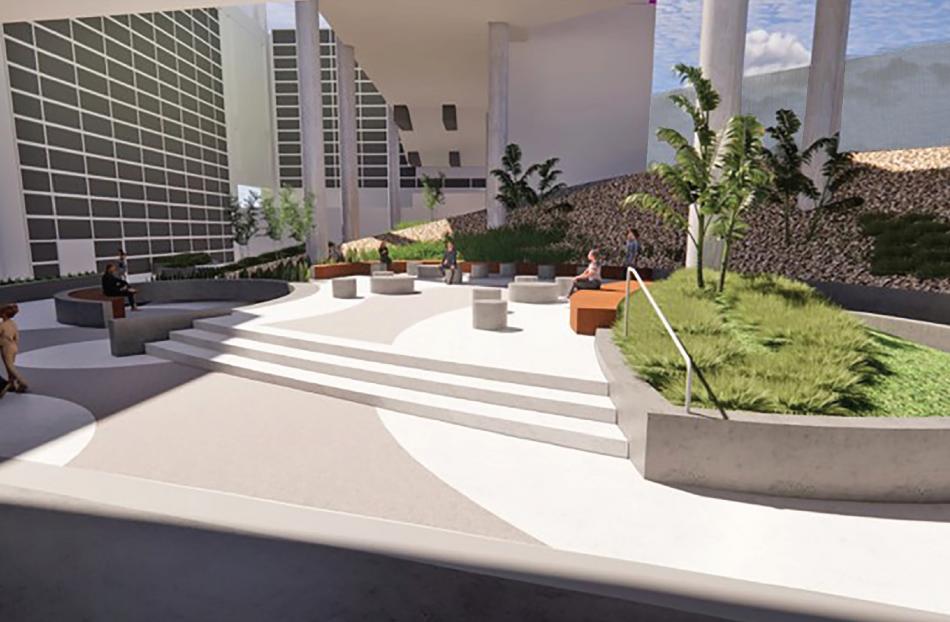 View of the proposed TBIT Plaza from arrivals levelLAWA

The approximately 17,000-square-foot open space, designed by Gensler and engineering firm Arup, is being developed in coordination with Delta Airlines' $1.9-billion renovation of Terminal 3, which includes a direct post-security connection to TBIT.  Renderings of the finished product depict a mostly hardscaped space with outdoor seating areas, planters, and a landscaped berm.

"The plaza will be predominantly constructed from concrete paving, with swaths of planting areas strategically placed to assist in softening vertical and horizontal concrete edges, acting as a buffer between the plaza and surrounding utilities," reads a project narrative.  "Site paving will consist of contrasting light and dark gray colors forming wave-like patterns, gesturing pedestrian movement throughout the plaza.  Low seat walls, retaining walls with embedded benches and individual seats provide visitors and employees with opportunities to sit, encouraging social interaction while waiting to be picked up or taking a break."

A staff report estimates an approximately $1.4 million price tag for the TBIT Plaza. 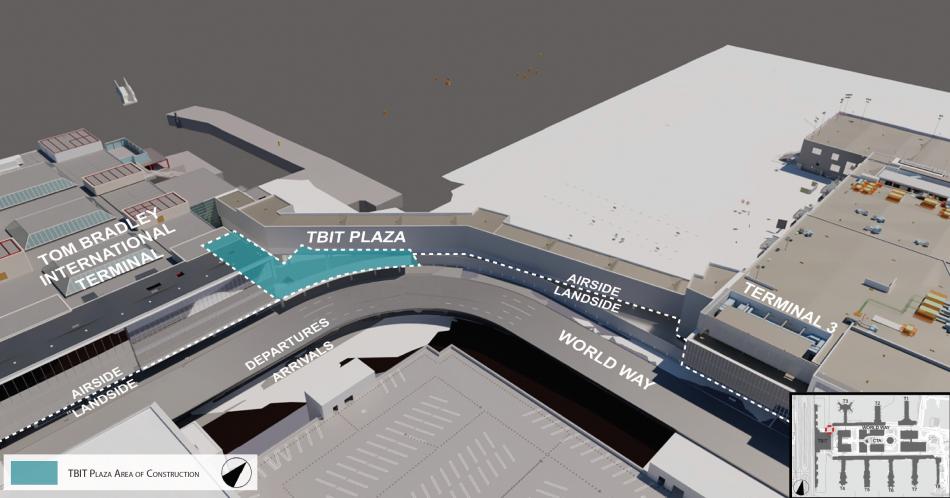 The new plaza, while relatively small in scale, adds to a flurry of change sweeping through the airport, which is in the midst of a $14-billion modernization project that includes an automated people mover system and renovations to multiple terminals.