In Westchester, the first vehicles that will be in service on the LAX Automated People Mover have arrived. 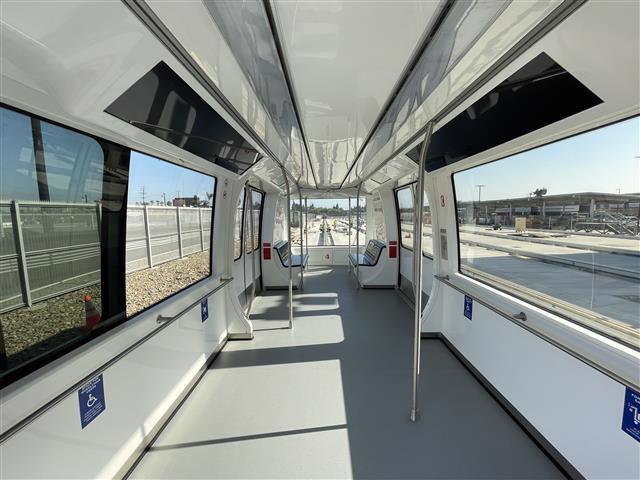 The new INNOVIA 300 vehicles, built at the Alstom factory in Pittsburgh, Pennsylvania, will allow passengers to travel along a 2.25-mile elevated guideway linking the airport's famously congested central terminal area with two new ground transportation hubs to the east, as well as a new consolidated rental car facility with capacity for more than 18,000 vehicles.

“The Automated People Mover will be so much more than another way to get to LAX – it’s the piece of the puzzle that will curb the congestion that has been plaguing our airport for decades,” said Mayor Eric Garcetti in a news release. “As we welcome the first car that will whisk travelers to renovated terminals, parking structures, Metro rail, and a new rental car facility, it’s clear that a completely reimagined LAX is on the horizon.” 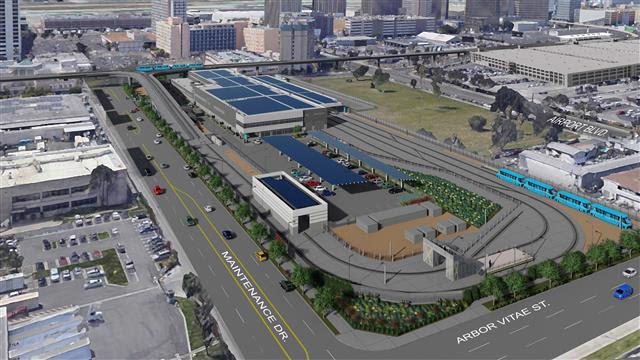 To date, three train cars have arrived at the people mover's maintenance and storage facility, with an additional car expected to arrive this week. The total fleet will eventual number 44 vehicles, providing peak our trips every two minutes with an end-to-end travel time of 10 minutes.

The people mover, which is a centerpiece to LAX's $5.5-billion Landside Access Modernization Program, or "LAMP," is scheduled to debut in 2023. Shortly afterward, it is expected to offer a connection to the new Crenshaw/LAX and C Line stop now under construction at Aviation Boulevard and 96th Street. 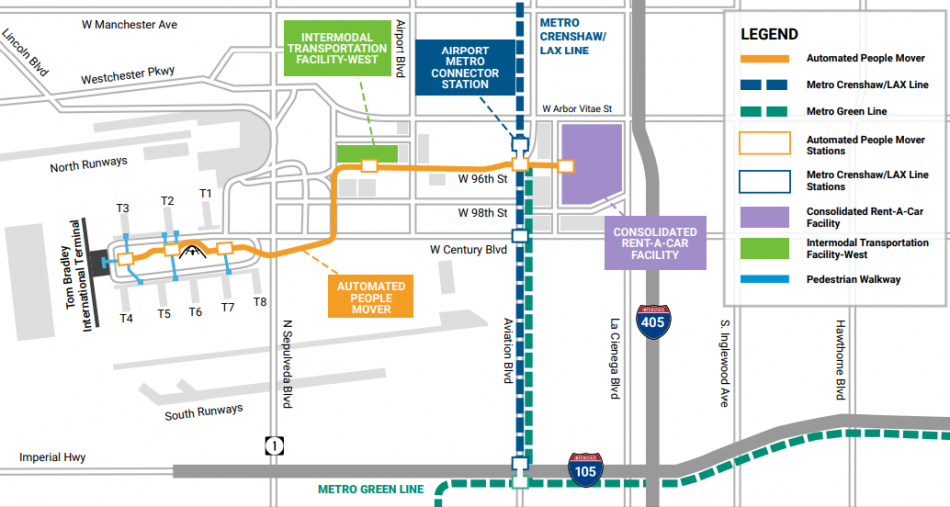 More broadly, LAX is in the midst of a $15-billion revamp overhaul which has recently seen the debut of the $1.73-billion west gates expansion of the Tom Bradley International Terminal, which added 15 new passenger gates in a five-story, 1,700-foot-long building. Additionally, the airport is expected to add a new passenger concourse attached to Terminal 1 and  a new passenger terminal on the east side of Sepulveda Boulevard. Those projects are expected to be built by 2028, prior to the start of the Summer Olympic Games.