After more than four years of construction, Los Angeles city officials have announced the completion of the West Gates - a $1.73-billion expansion of the Tom Bradley International Terminal.

“LAX is our gateway to the world — a global crossroads where dreams take flight and where we welcome the future of our city with open arms,” said Los Angeles Mayor Eric Garcetti in a news release. “Completing the West Gates is the latest step in our unprecedented campaign to reimagine LAX — to help our airport realize its potential as a premier, 21st century destination, as a source of jobs and economic growth for local workers, and as a site of seamless travel for millions of passengers.”

The project - previously known as the Midfield Satellite Concourse - adds 15 new passenger gates in a five-story, 1,700-foot-long building located to the west of the Tom Bradley Terminal.  The 750,000-square-foot structure will serve both international and domestic flights, but also incorporates children's play areas, nursing rooms, stores, and restaurants.  It connects to the Tom Bradley Terminal through a 1,000-foot-long underground passageway.

Gensler designed the complex, which includes an undulating roofline inspired by the waves of the nearby Pacific Ocean.

"This project sets the standard for how to build better, providing meaningful work opportunities to local workers and small businesses, keeping sustainability at the heart of the project and focusing on providing the best passenger experience possible,” said Board of Airport Commissioners President Sean Burton. “More than 8,500 individuals, 30 percent of which came from the local community, had an integral role in building this state-of-the-art facility over the course of 1.88 million work hours."

The project is yet another component of a $14.5-billion capital improvement project now sweeping through LAX, highlighted by a new automated people mover system and upgrades to multiple terminals.  Subsequent projects could include an expansion of Terminal 1 and the construction of a new terminal on the east side of Sepulveda Boulevard. 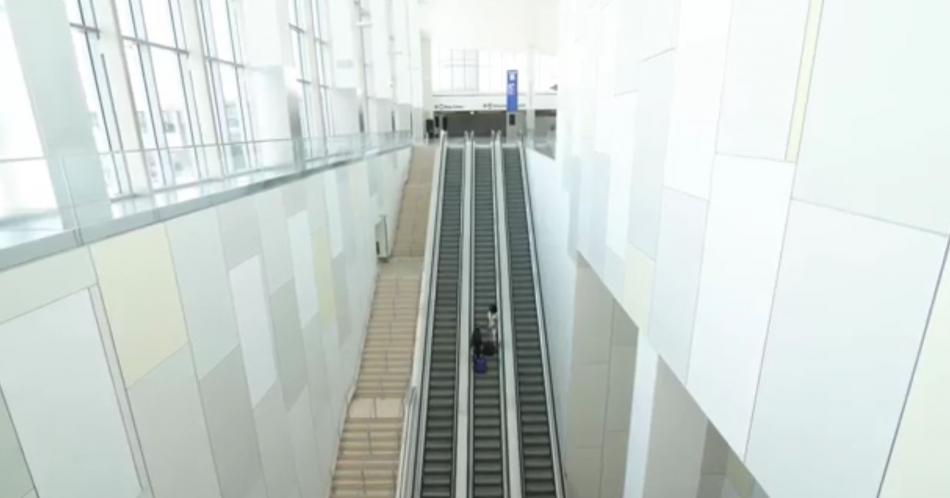