A year-and-a-half after we last stopped by, wood framing is completed for a small live/work development just west of the Los Angeles River in Frogtown. 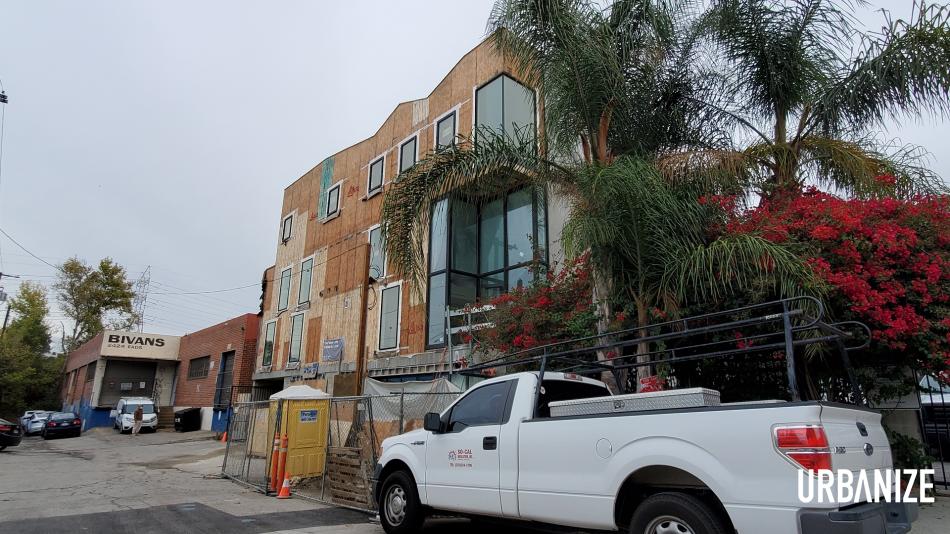 The project, located at 2410-2412 Eads Street, consists of a four-story structure that will contain eight residential units atop a ground-floor coffee shop at completion.

Kevin Tsai Architecture is designing the building, which is depicted in a rendering as a contemporary low-rise structure. Plans call for a small yard at the back of the building.

The project serves as a prelude to several larger developments now planned or taking shape in Frogtown, including new apartments rising at 1901 Blake Avenue and a proposed small lot subdivision on Coolidge Street.

Frogtown will soon be linked to the Glassell Park community on the opposite side of the L.A. River via a new pedestrian bridge now being built by the City of Los Angeles.