A year-and-a-half after the demolition of an equipment storage yard in Lomita, a multifamily residential complex from a Newport Beach-based real estate investment firm is beginning to take shape.

The Picerne Group, which own the L-shaped property at the intersection of Crenshaw and Lomita Boulevards, are midway through construction of a new five-story edifice that will feature 220 studio, one-, and two-bedroom apartments above two levels of subterranean parking.

TCA Architects is designing the apartment complex, named Picerne Lomita, which is composed of wood-frame construction above a concrete podium.  Plans call for exterior finishes including wood, porcelain tile, and plaster, as well as on-site amenities such as a courtyard swimming pool flanked by a club room and a fitness center.

An environmental study conducted for the project previously estimated an approximately 26-month construction timeline for Picerne Lomita, which would place its estimated completion date in early 2022. 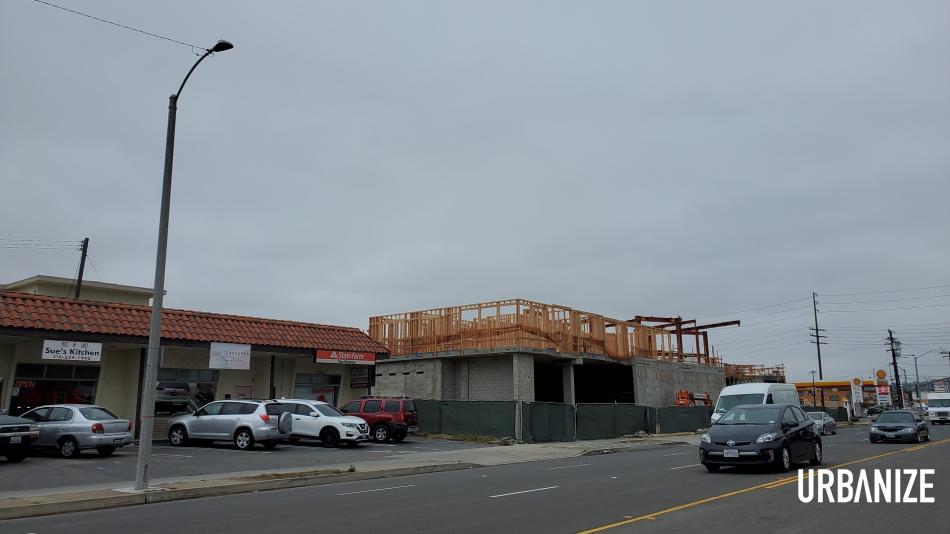 The project, at the time of its approval in 2017, was billed as a first of its kind development in low-slung Lomita - though similar apartment buildings exist in neighboring cities such as Torrance.  Despite complaints from some residents that the project would worsen traffic congestion, the Lomita City Council ultimately signed off on the project, citing a desire to expand Lomita's tax base.