It's a familiar story in Downtown Long Beach: an empty building is slated to make way for multifamily housing and commercial space.

On September 16, the Long Beach Planning Commission is scheduled to take its first look at plans for 7th & Locust, a proposed mixed-use apartment complex from Beverly Hills-based real estate investment firm Starpoint Properties.  The project, named for its two cross-streets, would replace a vacant automobile repair shop at the southeast corner of the intersection with a new seven-story edifice featuring 108 apartments, 1,188 square feet of ground-floor commercial space, and 135 parking stalls on two above-grade levels and two subterranean levels.

According to a staff report to the Planning Commission, 7th & Locust would include a mix of one-, two-, and three-bedroom apartments, all of which would be at least 600 feet in size to comply with zoning regulations.  However, as the application for the project was submitted to the City of Long Beach in April 2020, it is not subject to a new requirement that mandates on-site affordable housing.

KTGY Architecture + Planning is designing the apartment complex, which is depicted in renderings as a contemporary podium-type building similar to other housing developments recently built in Downtown Long Beach.  Architectural plans show that two-story townhomes would line the property's street frontage along Locust Avenue to the west, while other building amenities would sit at street level facing 7th Street to the north.  Plans also call for a swimming pool on a third-level courtyard, as well as a rooftop deck facing south. 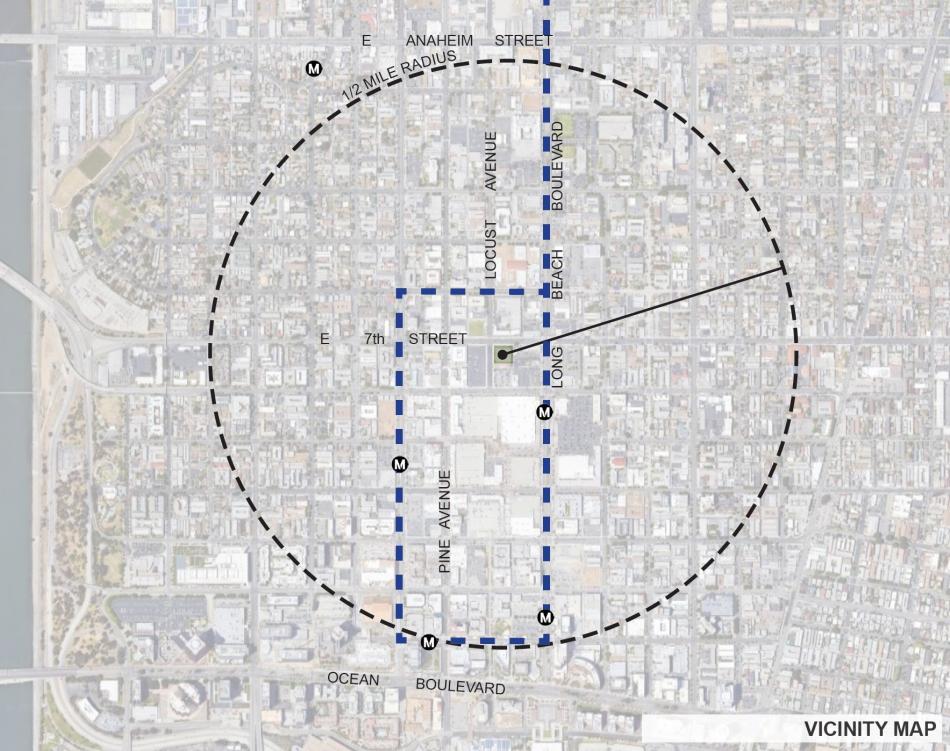 The staff report recommends that the Commission determine that 7th & Locust's potential impacts have already been considered under the study conducted in conjunction with Long Beach's Downtown community plan update.  Additionally, it was recommended that the project's site plan review application should be approved.