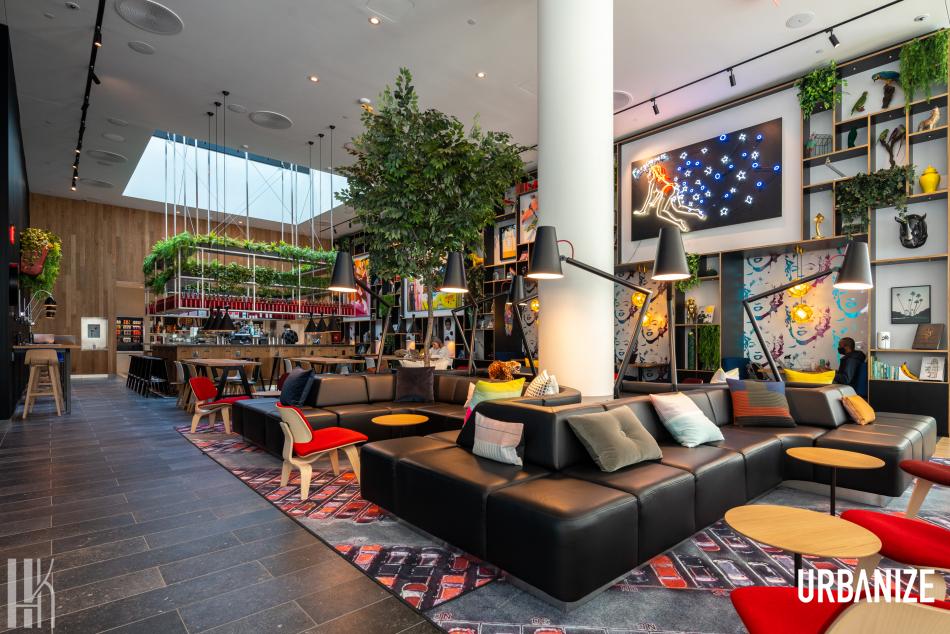 The citizenM Los Angeles Downtown, built in partnership with local firm BLVD Hospitality, replaced a parking lot at the northwest corner of 4th and Spring Streets with 315 guest rooms in an 11-story building that is composed mostly of prefabricated modular units shipped from overseas.

Due to the use of prefabricated construction, nearly all of the citizenM's guest rooms are identical in terms of size and amenities, says hotel manager Benjamin Ward.  Each includes wall-to-wall windows, king-size beds, and a tablet which controls the room's television, temperature, and blinds. 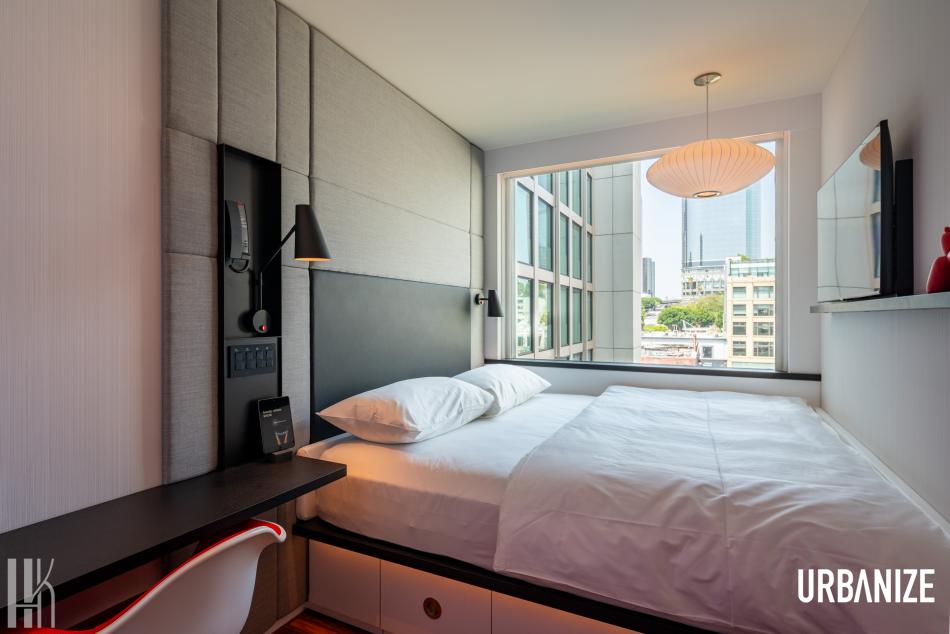 The compact dimensions of the guest rooms are in part intentional - the customization of each citizenM is focused on its common areas.  The halls of the upper floors are the building are lined with wallpaper and carpets depicting satellite imagery of Los Angeles, as well as portraits of some of its more famous denizens.

Guests arrive into a check-in and gathering space branded as a "living room," which includes a curated mix of furniture, books, and artwork, as well as a canteen and bar serving food and drinks.  The imagery and many of the food stuffs are sourced from local vendors, says Ward. 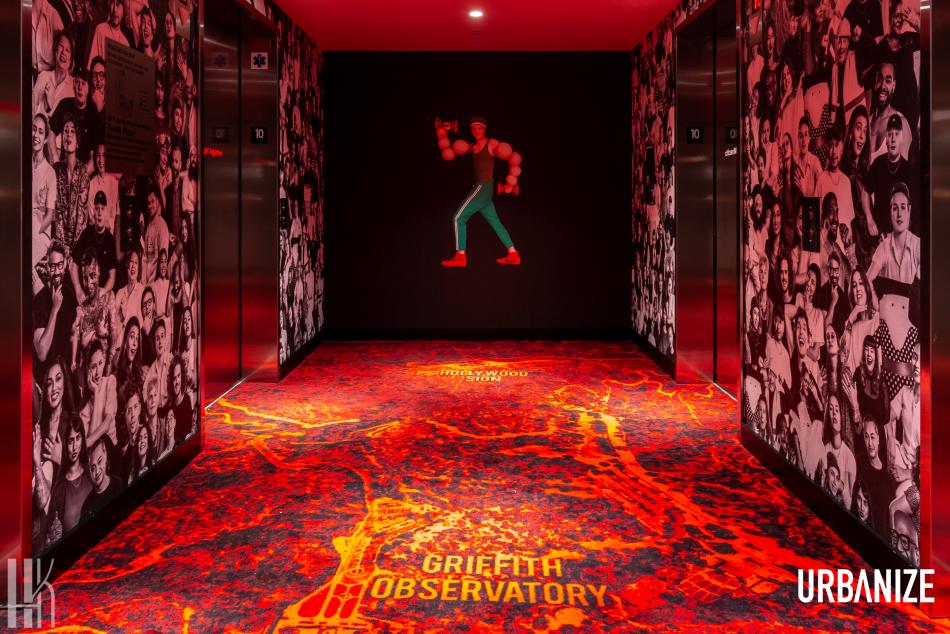 Some of that art has made its way to the exterior of the building.  In conjunction with the opening of the hotel, a display called citizens of Los Angeles by local photographer Corinne Schiavone adorns the building's ground-floor windows, using polaroid-style imagery to depict artists, business owners, and activists from the surrounding neighborhood.

In addition to its living room, the citizenM's ground floor also features five meeting rooms along 4th Street, each featuring a unique theme and artwork.  Other common areas are located at the hotels roof level - including a fitness center and terrace deck overlooking the intersection of 4th and Spring. 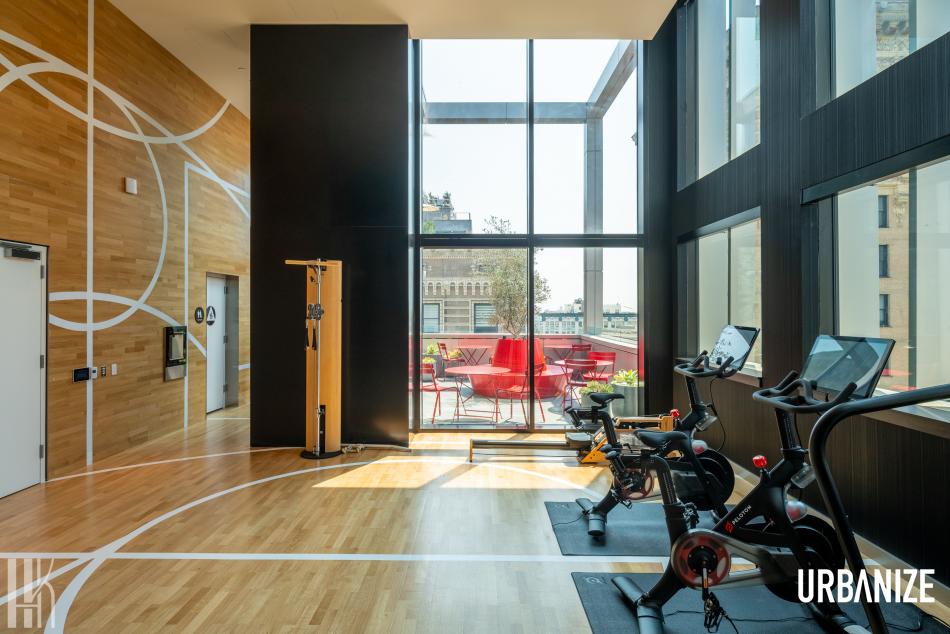 The opening of the Downtown hotel, which is currently offering rooms at $109 per night, is part of an aggressive expansion of citizenM in the United States - including the scheduled opening of new hotels in San Francisco and Miami this year.  The brand is also not done with California.  A second Los Angeles hotel with 240 guest rooms is in the works near the Hollywood Walk of Fame.