Built by newspaper magnate William Randolph-Hearst in 1914, the 100,000-square-foot structure at 11th and Broadway was the longtime home of the publication for which it is named.  But since the Los Angeles Herald Examiner ceased publishing in 1989, the property sate vacant for nearly three decades - at least outside of the occasional film shoot.

That changed in 2015, when Hearst Corp. sold a stake in the iconic property to developer Georgetown Co., which went on to lead an $80-million restoration effort which returned the property to its original appearance.

Gensler was tapped to design the Herald Examiner restoration, which maintained the signature elements of architect Julia Morgan's original work - a blend of Spanish Colonial Revival and Mission Revival Architecture, which welcomed visitors into an ornate lobby.  The effort also capitalized on existing features that had long been hidden away, such as the arched street-level windows were sealed in the 1960s and the sawtooth windows which line the building's roof.

The Herald Examiner's anchor tenant - Arizona State University (including its Walter Cronkite School of Journalism) - also harkens back to its days as a newspaper headquarters.

The restoration of the Herald Examiner Building follows a recent slate of adaptive reuse projects along the Broadway corridor, including.  the new Proper and Hoxton Hotels which have recently opened at the same intersection.  In addition, the former home of the Southern California Gas Company has reopened as office space, and the 1920s Western Costume Building has been converted to housing. 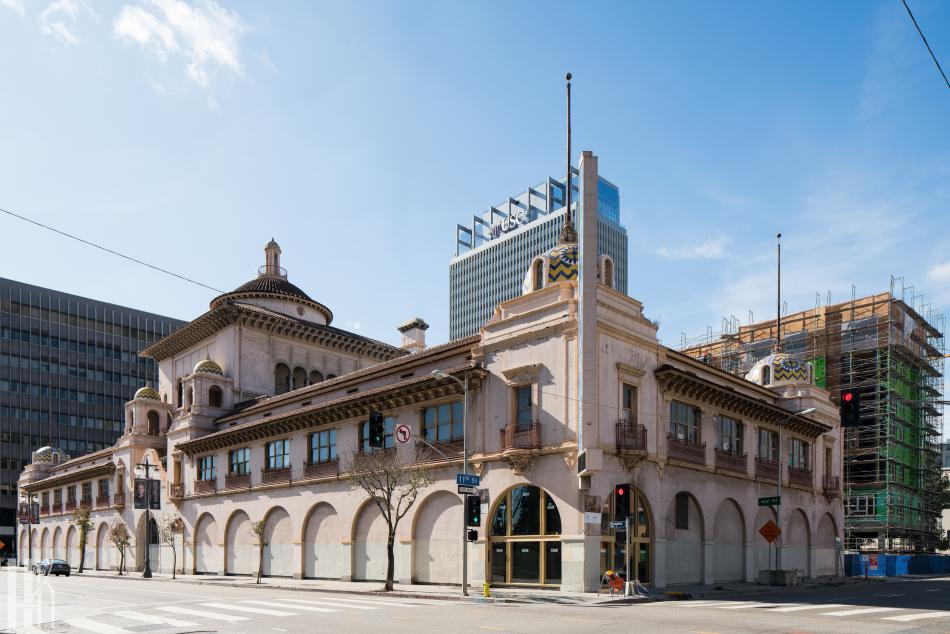 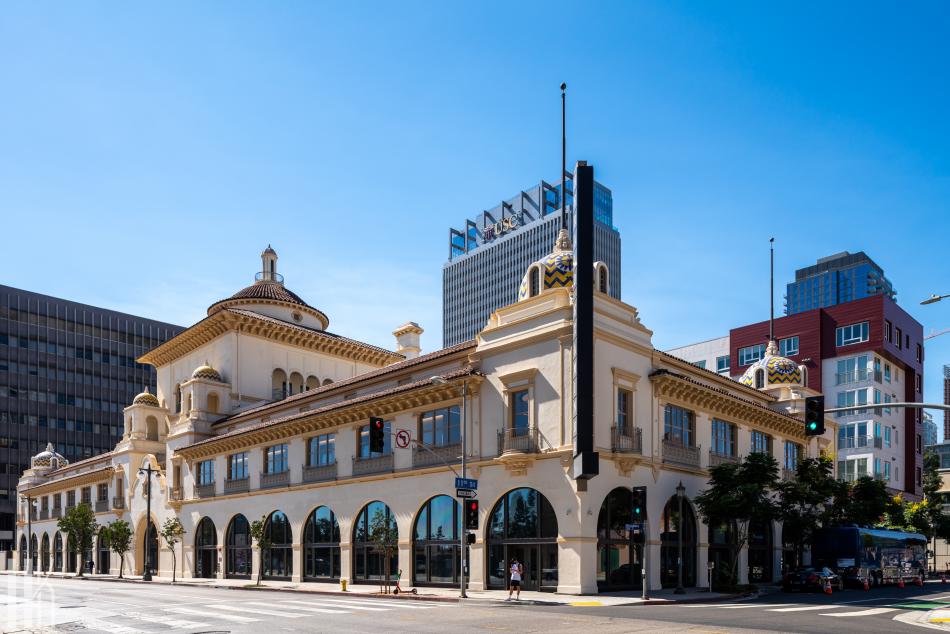