On a hillside in Silver Lake, framing is now complete for SuperBungalows, an infill housing development from Los Angeles-based real estate and design firm SuperLA. 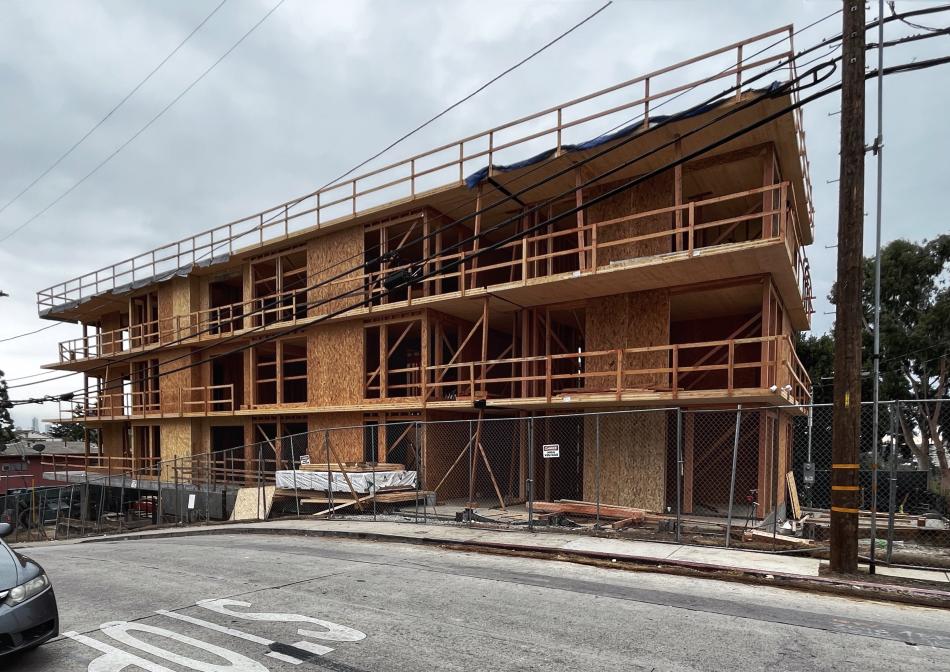 Located at 3520 W. Marathon Street, the project replaced an early 20th century single-family dwelling with a new three-story building which will contain nine one- and two-bedroom apartments. Plans also call for a rooftop deck, a front yard, and atrium gardens.

"We took inspiration from around Silver Lake when designing our project," said SuperLA's owner Aaron van Schaik in May 2021, when explaining the design concept.  "Our building form is heavily inspired by case-study/Mid-Century Modern architecture with a focus on connected indoor-outdoor living and sustainability initiatives. Our unit form is influenced by that of bungalow courts, with no shared walls, light and air on all sides, large attached terraces, and thoughtfully designed interior layouts."

As is becoming standard for new construction citywide, SuperBungalows is planned without gas hookups. Other sustainability features incorporated into the project include a solar array and stormwater capture infrastructure. 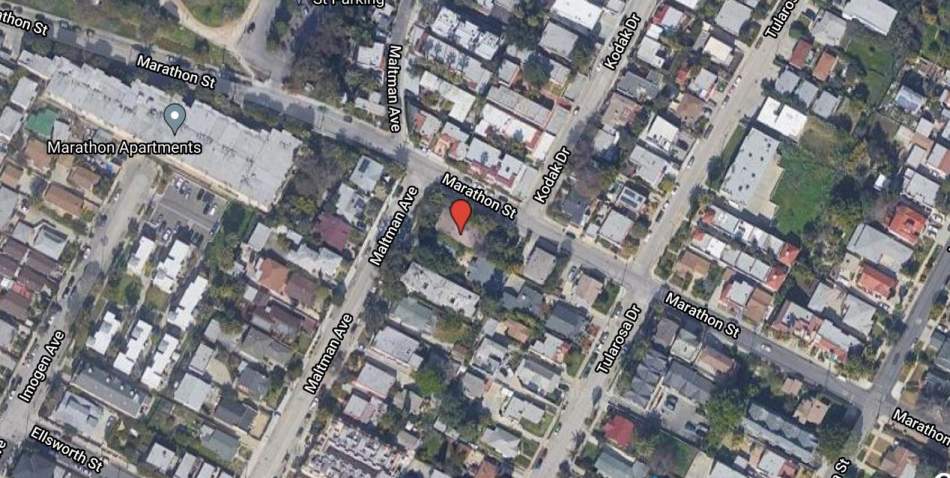 Notably, the project incorporates cross-laminated timber as a building material - one of a growing number of L.A. projects to rely on this construction method following an update to the state's building code earlier this year.

Completion of SuperBungalows is expected in mid-2023, according to van Schaik.