At its meeting yesterday, Metro's Board of Directors voted unanimously to approve plans for a new bus rapid transit (BRT) connecting the San Fernando and San Gabriel valleys, a key milestone for a project that has been in the planning stage for five years.

The North Hollywood to Pasadena BRT Line, a Measure M project approved by Los Angeles County voters in 2016, will span a 19-mile corridor linking the cities of Los Angeles, Burbank, Glendale, and Pasadena. Metro has secured $317 million in funding for the project, including an allocation of sales tax revenue through Measure M and state money. 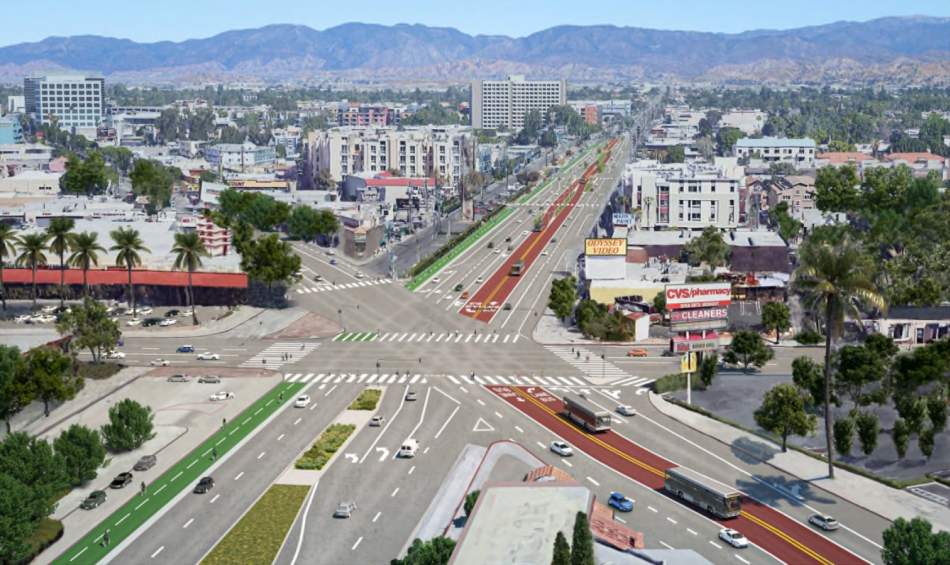 The route of the BRT line, which parallels the SR-134 freeway, will run mostly on local streets, although approximately 11.3 miles of the route will include dedicated bus lanes. Buses would run along major corridors in the valleys such as Colorado Boulevard, Glenoaks Boulevard, Olive Avenue, Riverside Drive, and Lankershim Boulevard, and connect to activity hubs in Burbank, Glendale, Eagle Rock, and Pasadena. The route would also offer transfers to other transit lines such as the L Line in Pasadena, the G Line busway and B Line subway in North Hollywood, and Metrolink in Burbank.

Metro estimates that project will reduce end-to-end trip times by 30 to 40 percent along the corridor, relative to existing bus service. An environmental study conducted by the agency previously estimated that it will attract 30,000 daily riders, although those projections were made prior to the COVID-19 pandemic.

While the North Hollywood-Pasadena line ostensibly had the support of voters in 2016, the project's on-the-ground impacts proved more divisive during the five-year outreach and planning period.

Pasadena was the first jurisdiction to reject plans for dedicated bus lanes within its boundaries, instead planning for buses to run in mixed-flow traffic near Pasadena City College - the corridor's eastern terminus. 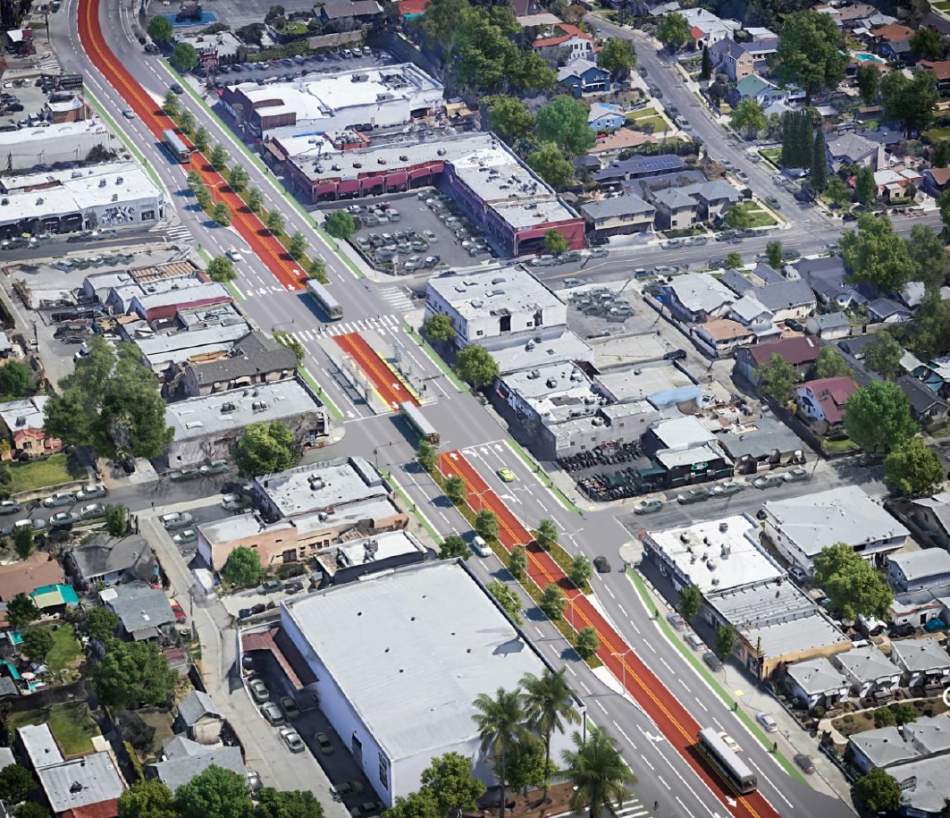 Likewise, plans for buses to run on dedicated lanes through Eagle Rock proved divisive, with a vocal contingent of residents pushing for the alignment to instead make use of the nearby 134 freeway, almost skipping the neighborhood entirely. However, pushback from transportation advocates ultimately won out, and the alignments remained on Colorado Boulevard, the community's commercial heart.

Most recently, the City of Burbank declined provide curbside bus lanes for the project along Olive Avenue, forcing buses to run in mixed-flow traffic in order to preserve street parking. The City has since softened its position to potentially allow for dedicated lanes after ridership on the BRT line reaches 17,500 per day.