A former freight rail corridor which cuts an east-to-west swath through South Los Angeles will soon be transformed into a new active transportation corridor, following a groundbreaking ceremony held yesterday by Metro and local elected officials.

The Rail to Rail Corridor will make use of a 5.5-mile segment of the former Harbor Subdivision through Inglewood, South Los Angeles, and the unincorporated community of Florence-Firestone. The project area, which runs along the north side of Slauson Avenue, will provide links to the Crenshaw/LAX (K) Line, the Silver (J) Line busway, and the Blue (A) Line. 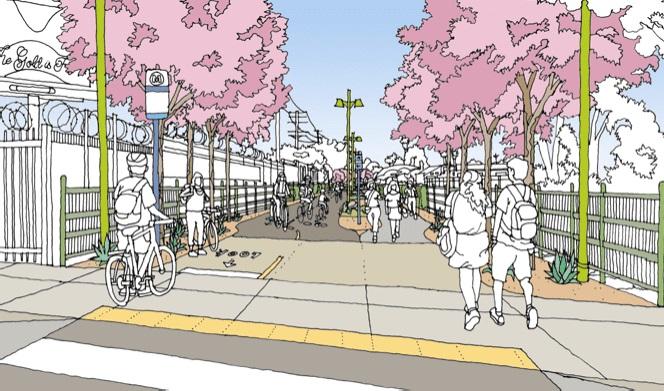 “By converting an abandoned and blighted railway into a world class bike and pedestrian path, we are providing significant quality of life and mobility improvements to some of Los Angeles’ most under-served neighborhoods — providing safe options for the student who bikes to school, or the family setting out for a walk," said Los Angele Mayor Eric Garcetti in a statement.

Completion of the Rail to Rail project is expected in 2024, and will set the stage for a second phase - the Rail to River project which would extend the path eastward to the Los Angeles River.

According to Metro, the Rail to Rail corridor will serve a portion of L.A. County which has among the highest percentage of residents who commute via transit, cycling, or walking, with nearly 19 percent of households lacking access to a car. Metro cites census indicating that nearly 4,300 pedestrians and 2,500 cyclists use the corridor on a daily basis. 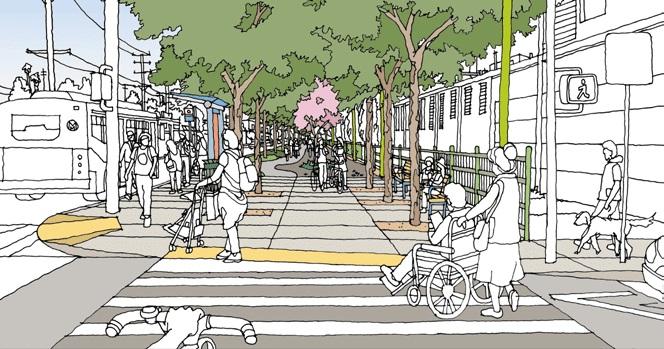 The Rail to Rail project, which was once expected to open concurrently with the Crenshaw/LAX Line, instead breaks ground shortly before the 8.5-mile light rail line is scheduled to open. The City of Los Angeles has looked to capitalize on the forthcoming active transportation corridor, seeking zone changes to orient future development on the trail and planning new parks along Slauson at Normandie Avenue and Figueroa Street.