Last year, Metro broke ground on the nearly $30-million Eastside Access Improvement Project, which among other streetscape improvements surrounding 1st/Central Station, will add a tree-lined esplanade for pedestrians and cyclists along Alameda Street. Later this year, a similar range of improvements are slated to begin construction on the segment of Alameda Street which flanks the main entrance to Union Station. While this might present a convenient pedestrian route between Little Tokyo and the El Pueblo area, there's a fly in the ointment. 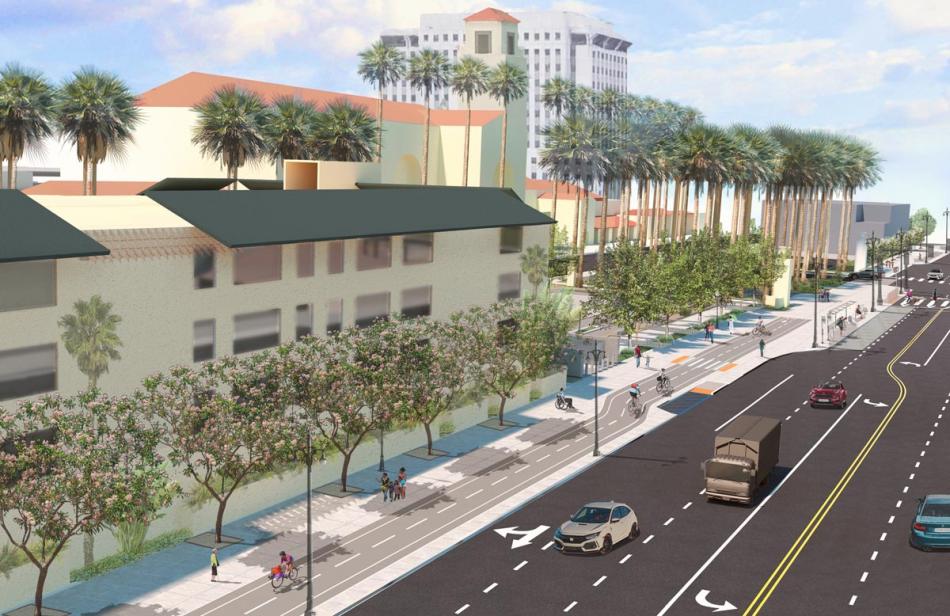 While the two projects will bring dedicated lanes for cyclists and pedestrians, shade trees, and other new features to the segments of Alameda between 1st Street and Commercial Street, as well as the segment between the El Monte Busway/Arcadia Street and Cesar E. Chavez Boulevard, these are not two contiguous sections of roadway. Between them lies the US-101 Freeway trench, which cut the Downtown neighborhood in two during the mid-20th century, and now sits as a stubborn gap along the nascent active transportation corridor.

Acknowledging the divide, Metro is now looking to work with the City of Los Angeles and Caltrans, the two entities which own the various portions of right-of-way, to develop strategies to close the gap in the Alameda Esplanade between Commercial Street and the El Monte Busway. The study will specifically explore the feasibility of improvements to freeway on- and off-ramps along the corridor - including the potential closure of those ramps.

Pending a vote by the Metro Board, preceded by a hearing at the Board's Planning Committee scheduled for January 19, a study of the gap is expected to take 12 months, with recommendations to follow afterward. 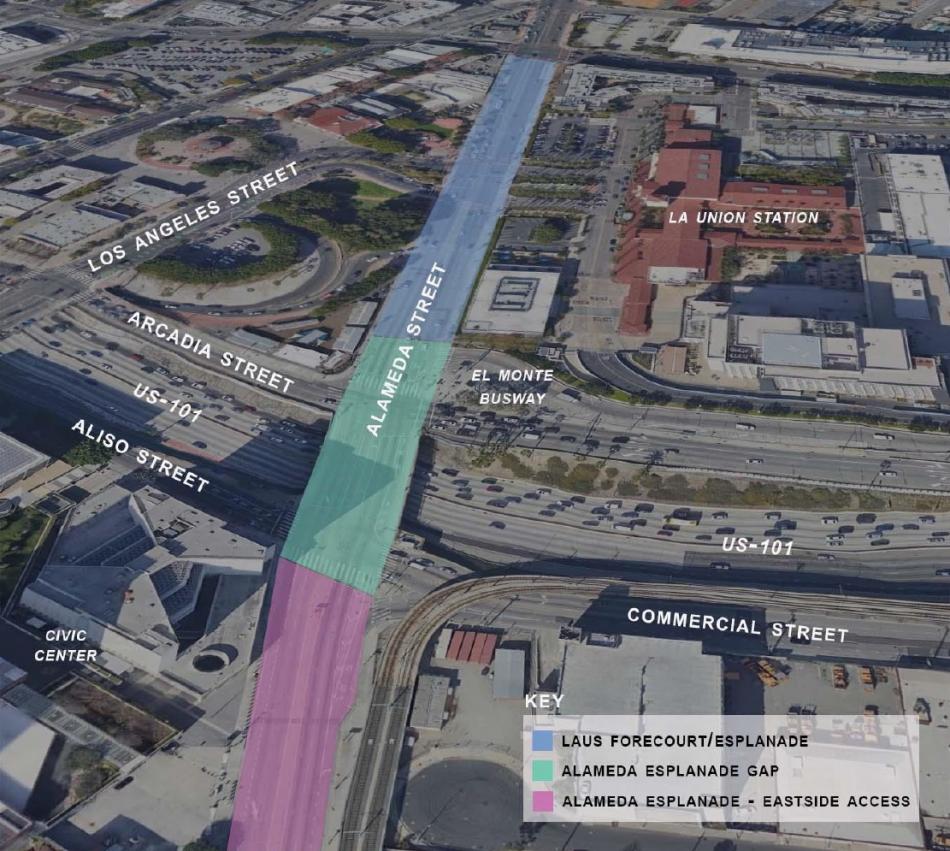 The gap between the active transportation projects along Alameda StreetGoogle Maps

An esplanade on Alameda Street is a considerably more modest attempt to bridge the 101's "Downtown Slot," than has been proposed in the past For years, a group of area stakeholders has pushed to close multiple on- and off-ramps to allow the freeway trench to be capped with a new green space dubbed "Park 101."