Metro and the L.A. Department of Transportation have introduced bus-only and bus-priority lanes along a handful of busy thoroughfares in Central and South Los Angeles in a bid to speed up transit travel times. Now, the two agencies are looking at one of the key arterials in the San Fernando Valley for its next project.

This month, community outreach begins for a proposed 5.5-mile segment of bus lanes along Sepulveda Boulevard between Panorama City, Van Nuys, and Sherman Oaks. The proposal, which would serve Metro Line 234, would also impact a .9-mile segment of westbound Ventura Boulevard.

Along Sepulveda, plans call for converting the rightmost traffic lane in each direction between Rayen Street and Magnolia Street. Between Magnolia and Ventura Boulevard, only the northbound side of Sepulveda would add a full-time bus lane.

The project also calls for a curbside bus lanes along the westbound side of Ventura between Vesper Avenue in the east and Sepulveda, which would operate from 7 am to 9 am on weekdays. 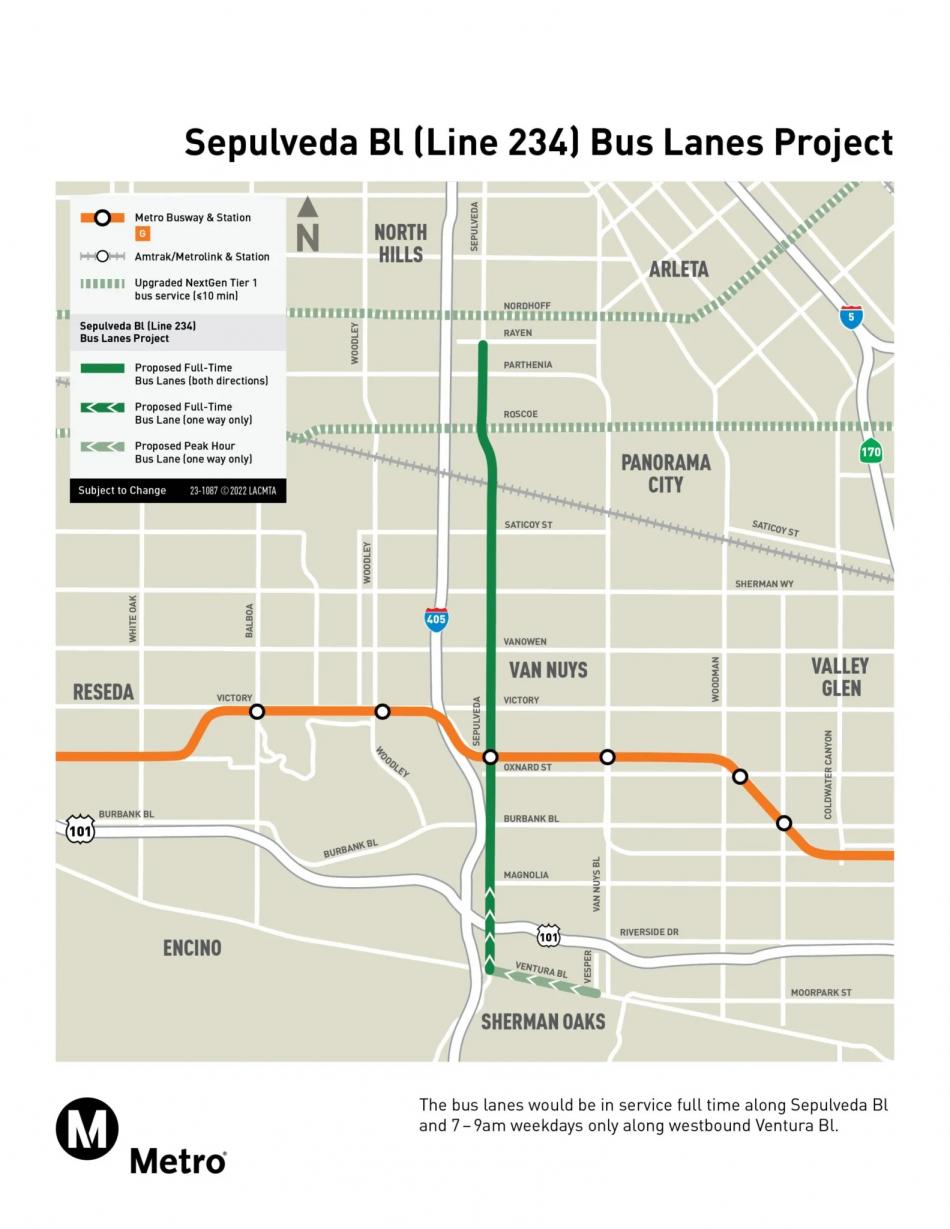 No curbside parking is expected to be removed as part of the Sepulveda project.

Per a post on The Source, bus lanes have improved bus travel speeds by 15 percent or more, allowing to service to remain on time and run more frequently. Roughly 12,000 passengers ride the Line 234 bus each weekday in the Valley.

Information will be made available at a community meeting to be held on Thursday, November 10 from 6 pm to 8 pm. Here's how to attend:

Bus-only lanes may not be the only transit infrastructure coming to Sepulveda Boulevard. Metro is also looking at the possibility of a heavy rail subway line along the corridor as part of a massive project which would connect the Valley with the Westside via the Sepulveda Pass.