In 2017, the Southern California Regional Rail Agency - also known as Metrolink - announced its $10-billion SCORE program, a modernization effort which would bring faster, more frequent rail commuter rail service to Los Angeles County in advance of the 2028 Summer Olympic Games.  An action taken last month by the agency's Board of Directors moves the more than 500-mile passenger rail network one step closer to that goal.

On July 23rd, the Board certified a final environmental impact report for a new double tracking project which would upgrade capacity on the Ventura County Line, which shuttles passengers along a 76.6-mile corridor between Union Station and Ventura County.  The improvements are to be focused on a roughly 2.2-mile stretch in the City of Simi Valley between Sequoia Avenue and Hidden Ranch Drive, and would be accompanied by safety enhancements at five street-level crossings and the addition of a new underpass at Simi Valley Station.

Construction of the new double track is expected to begin in Spring 2024 and conclude by Spring 2025. 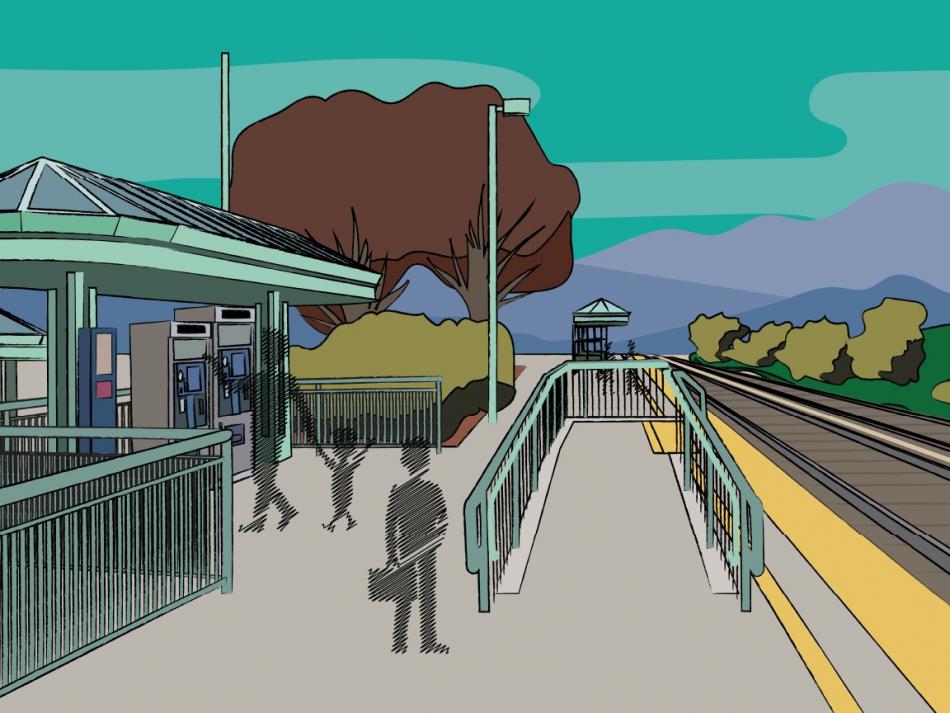 The project is part of the initial phase of the SCORE program, which will add new sidings, signal improvements, and double-track segments at various locations in Los Angeles, San Bernardino, and Orange Counties with the goal of offering 15-to-30-minute headways on all lines.

Metrolink has also launched the environmental study period for a second double-track project slated for the Antelope Valley Line, which runs between Union Station and the suburban cities of Palmdale and Lancaster.  The range of improvements, which are expected to enable 30-minute bi-directional service as far as Santa Clarita and 60-minute bi-directional service to Lancaster, calls for the construction of:

Design options could also include new pedestrian undercrossings at both Lancaster and Santa Clarita stations. 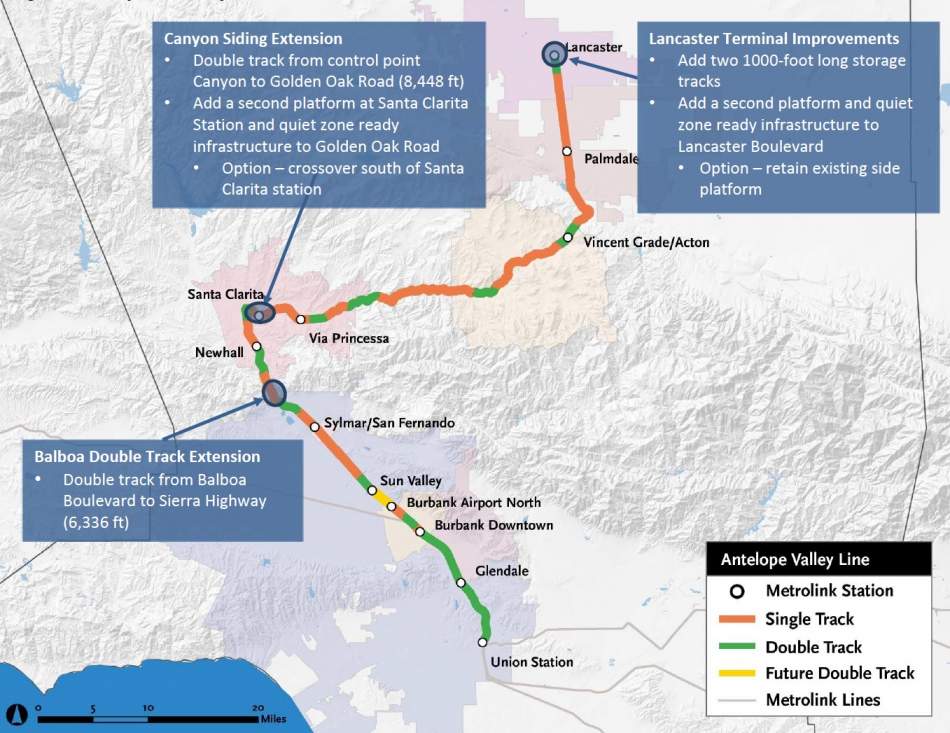 Route of the Antelope Valley Line with proposed improvementsMetro

To date, Metrolink has secured $2.3 billion for its SCORE projects, including longstanding plans for new run-through tracks at Union Station.  A study published in 2019 by the Los Angeles County Economic Development Corporation projected that the full plan would bring 1.3 million new jobs to Southern California and  and increasing the region's gross domestic project by $684 billion through 2050.