Construction is coming to a close at Kentish Town, a mixed-use development at 5050 W. Pico Boulevard in Mid-City. 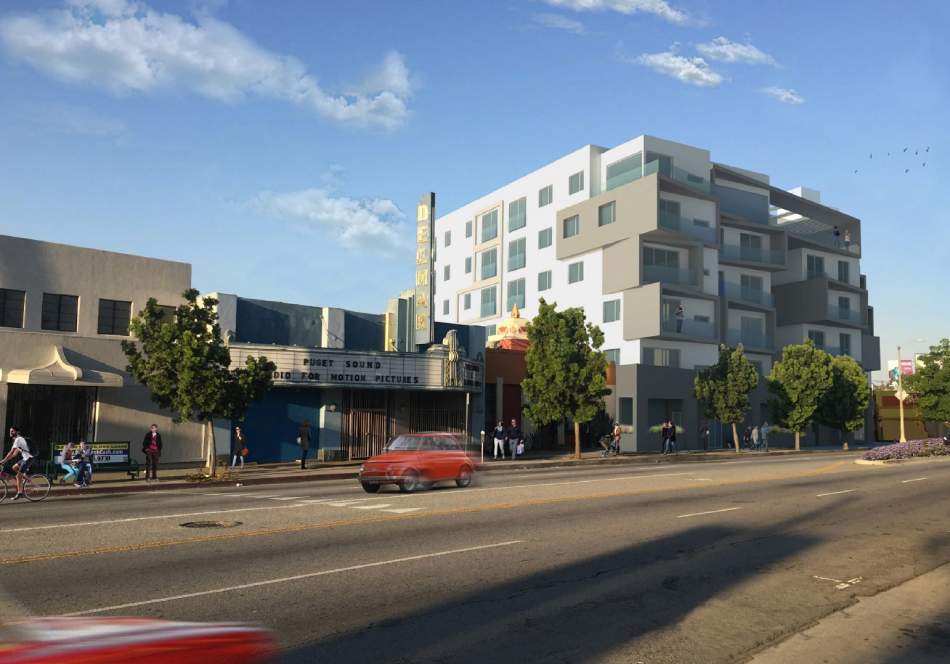 The new project, which replaced three small commercial buildings at the southeast corner of Pico and Sycamore Avenue, consists of a six-story edifice featuring 79 studio and one-bedroom apartments above approximately 2,100 square feet of ground-floor retail space and a 67-car garage.

Robert James Taylor Architects is designing the podium-type structure, which consists of wood-frame construction above a concrete base.  Facing Pico Boulevard, the facade is highlighted by a series of protruding, offset boxes.  On-site amenities include two roof decks and a lounge.

City records list the project's developer as 5050 Pico, LLC, an entity managed by Gagandeep Lakhmna.  Entitlements for the project, including Transit Oriented Communities incentives permitting a larger project than allowed by zoning, require that eight of the apartments will be set aside as deed-restricted affordable housing. 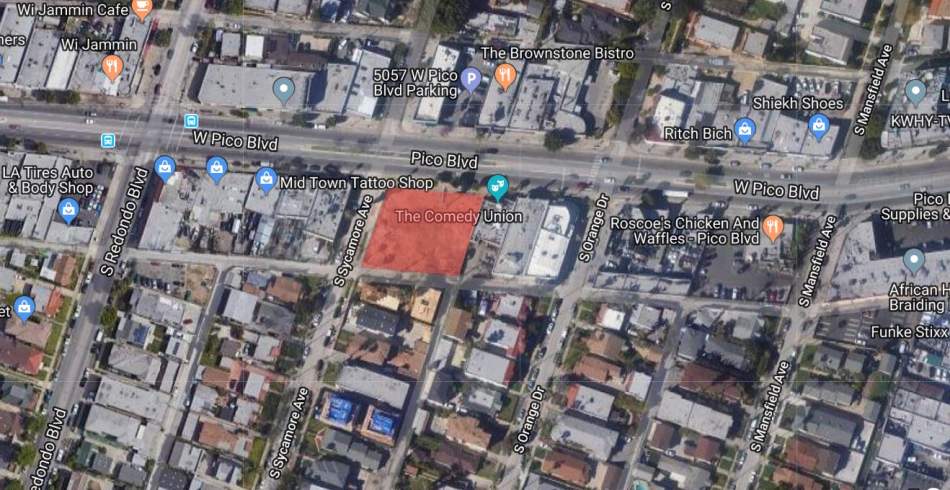 The project site is located a few blocks east of two similar mixed-use apartment buildings now construction on nearby sites at 5550 and 5801 W. Pico Boulevard.  A third development is poised for the intersection of Pico and Fairfax.