An initial study published by the Los Angeles Department of City Planning offers a closer look at a proposal to revamp and expand the 1980s Wilshire Courtyard office complex on the Miracle Mile. 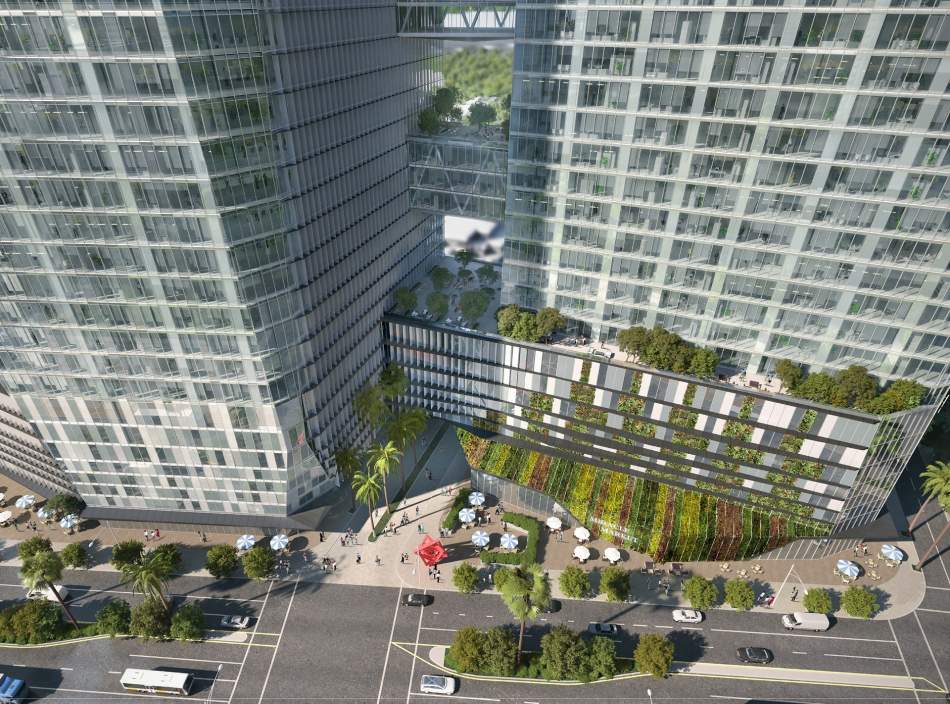 Elevated view looking down at the project podiumSCB

Parking to serve the new commercial space would be built in a seven-story podium at the base of the two towers.  Plans call for the addition of 2,900 vehicles stalls, resulting in a total of 4,650 total spaces within the Wilshire Courtyard. 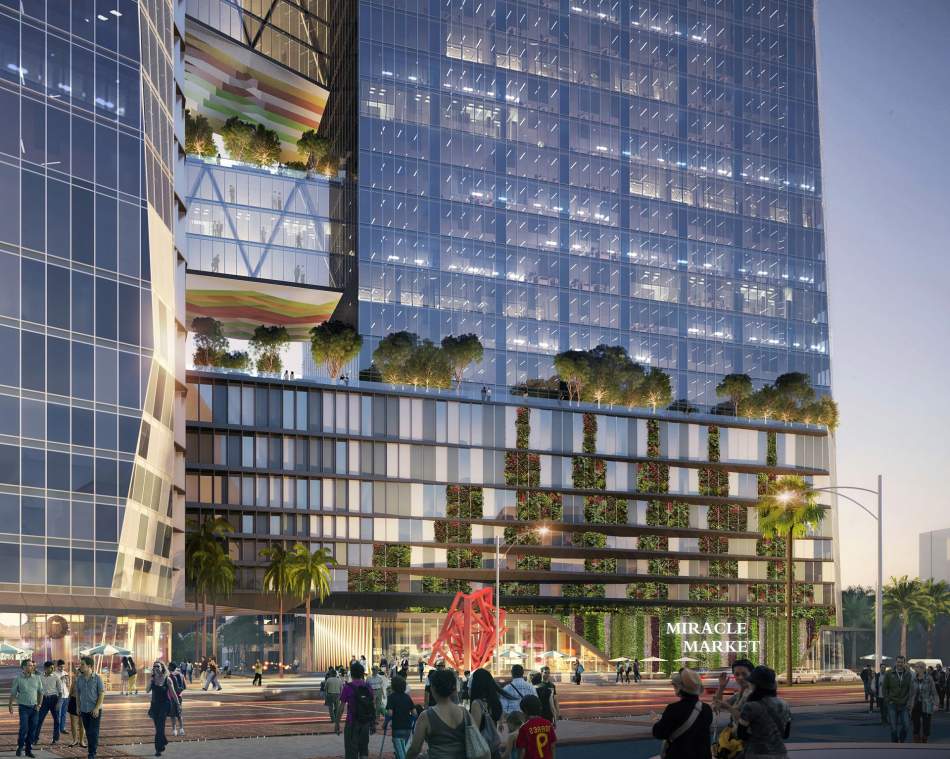 View looking south from across WilshireSCB

The towers are depicted on conceptual renderings as contemporary glass-clad buildings connected by landscaped skybridges.  Existing patios and landscaped spaces within the Wilshire Courtyard would be retained, while the building's northern, western, and eastern street frontages would be activated through the addition of commercial uses such as a grocery store, a health club, and restaurant space.

Pending approvals by the City of Los Angeles , including the approval of a zone change and a master conditional use permit, Onni is expected to break ground on the Wilshire Courtyard development in 2025 and complete construction by 2028.

Onni Group, which is headquartered in Vancouver, is developing numerous high-rise apartment buildings across Los Angeles County, and recently initiated entitlement proceedings for a hotel project in Glendale and a new office building in Hollywood. 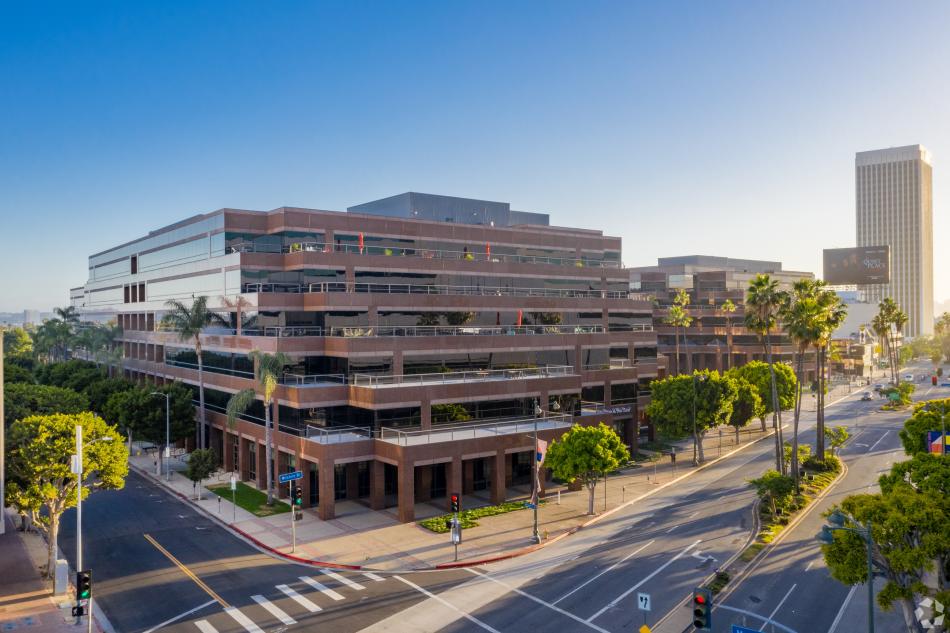 The Wilshire Courtyard, located at the heart of the Miracle Mile, sits just east of the LACMA campus, which is now in the early stages of a controversial revamp.  Just north on Curson, a 20-story apartment tower from J.H. Snyder Co. recently wrapped up construction.

Other projects in the works for the surrounding neighborhood include a 42-story high-rise near the forthcoming Wilshire/La Brea subway station and a proposed redesign of the La Brea Tar Pits and George C. Page Museum.