At its meeting yesterday, the Los Angeles City Council voted to adopt a motion introduced by outgoing (and absent) Councilmember Gil Cedillo which could clear the way for the developer of a proposed affordable housing complex in Westlake to receive up to $43 million in bond financing for the project. 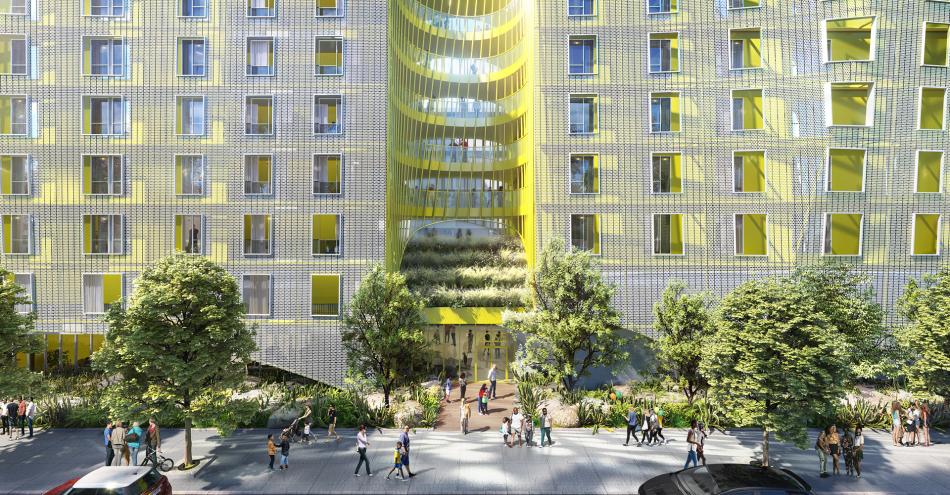 The Jonathan Rose Companies, which operates the Miramar Towers complex at 1917-2005 W. 3rd Street along with Wakeland Housing & Development Corporation, has already secured city entitlements for a project which would redevelop the property's front lawn with a new seven-story building featuring 137 studio, one-, and two-bedroom apartments, all of which would be rented to low-income households.

Brooks + Scarpa is designing the Miramar development, which would have a modern exterior consist of metal screens. Plans also call for a breezeway that would connect to the existing Miramar Towers building, as well as amenities such as a community room and parking for 32 vehicles. 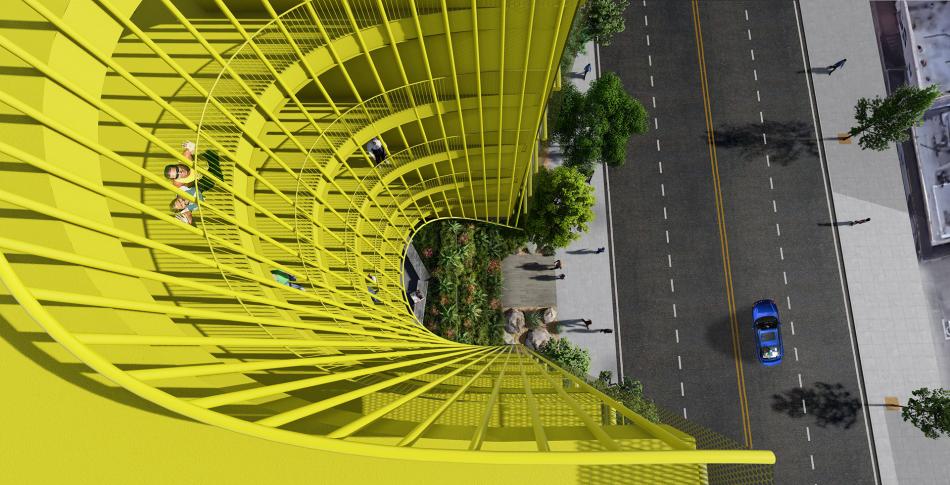 "The new Miramar eschews the notion that today’s mid-rise apartments have a tendency to be banal and uninspiring," reads a design narrative from the Brooks + Scarpa website. "The building achieves a greater sense of depth, scale and detail by featuring a perforated metal scalloped façade that ungulates in and out from the building façade beyond to cast ever changing shadows on and between the dual façade system, while also keeping the building cool from direct solar gain and creating privacy on the busy 3rd Street. At the building’s center the façade pushes inward past the building plane that creates an open breezeway allowing natural light and views to pass thru the structure to the garden beyond between the new and existing buildings. Openings in the perforated metal façade in the shape of the building’s windows, move in and out of alignment with each other, creating a sense of movement and change as people pass by. Seen from the street, the building’s scallops make it appears to be ever moving, exposing and hiding portions of the 310-foot-long façade." 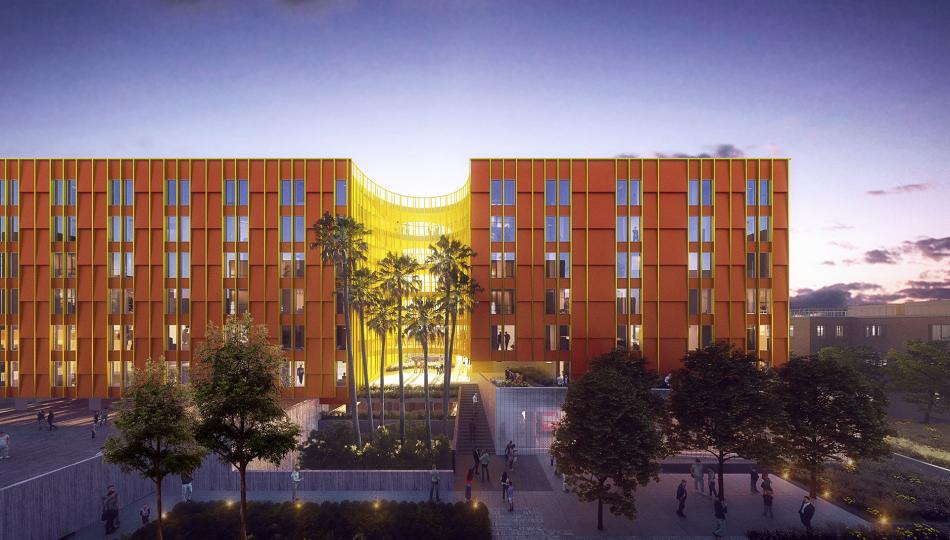 The existing Miramar Towers property, completed in the 1970s, features 157 homes. The new project is a result of a lot split, which allows the applicant to take advantage of unused development rights.