Whittier officials have voted to partner with a team of local development firms seeking to convert turn a series of city-owned parcels into housing, open space, and retail.

Uptown Community Partners, the group which has entered into an exclusive negotiating agreement with the city, is composed of City Ventures, Thomas Safran & Associates, Gentefy, and SVA Architects. Their agreement covers eight city-owned sites, totaling roughly 6.4 acres of land north of Philadelphia Street and West of Bright Avenue - including the former Alpha Beta grocery property.

The proposed project, per a news release, would result in the construction of 344 new homes, including 229 for-sale units and 115 low- and very low-income rental apartments. Plans also call for 5,000 square feet of commercial space and parking for 251 vehicles. The L.A. Business Journal reports that City Ventures will develop the market-rate housing, while Thomas Safran & Associates will be responsible for the affordable units, and Gentefy will tackle the commercial space. 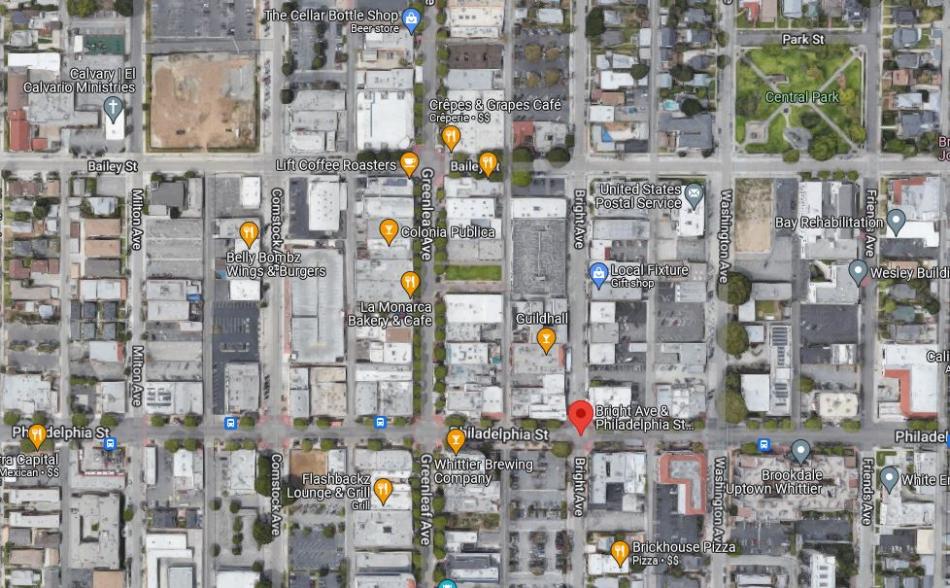 SVA's design for the project calls for a series of buildings ranging between three and five stories in height, as well as improvements to the public realm. Enhancements at the pedestrian scale will allow residents and visitors to experience the food, art, and nature woven into the community fabric.

"One of the exciting opportunities for the Whittier development—with multiple sites spread throughout the area—is the mission to create intentional spaces between buildings," said SVA chief executive officer Ernesto M. Vasquez in a statement. " We can create pedestrian corridors and cohesion from the street-level. Wide sidewalks will be activated with public art, landscaping, and gathering spaces, allowing Uptown to become a place of human connection where community is built. We envision the Uptown district becoming the jewel of Whittier."

The negotiating period between the City of Whittier and Uptown Community Partners will run over a six-month period.