Last year, director Quentin Tarantino revealed that he had purchased Los Feliz's iconic Vista Theatre, with the intention of adding a cafe and arcade to the property. Now, and adjacent property owner is looking to build an apartment complex which would wrap the perimeter of the 1920s landmark, according to an application recently submitted to the Planning Department. 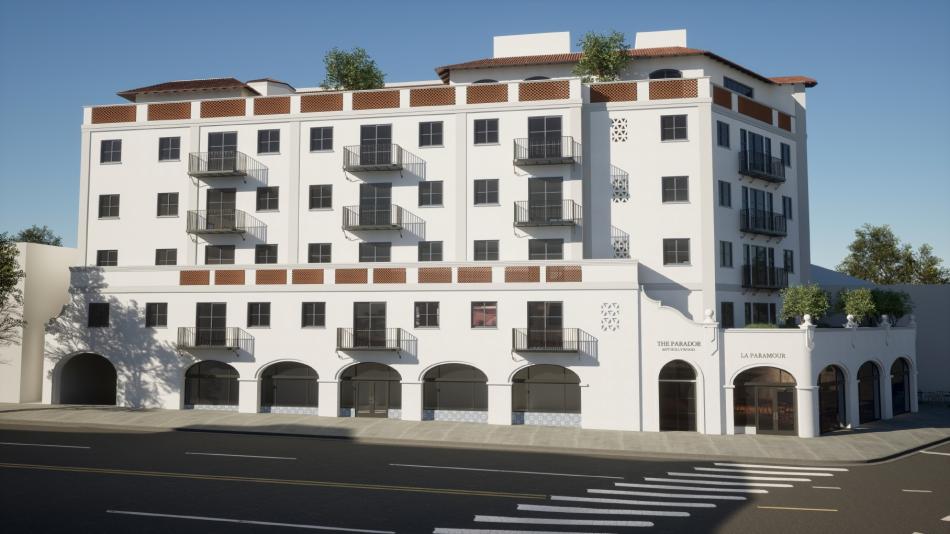 Requested entitlements include Transit Oriented Communities incentives permitting a taller building with less open space than otherwise required by zoning rules. In exchange, three of the new apartments would be set aside for rent as affordable housing at the extremely low-income level. 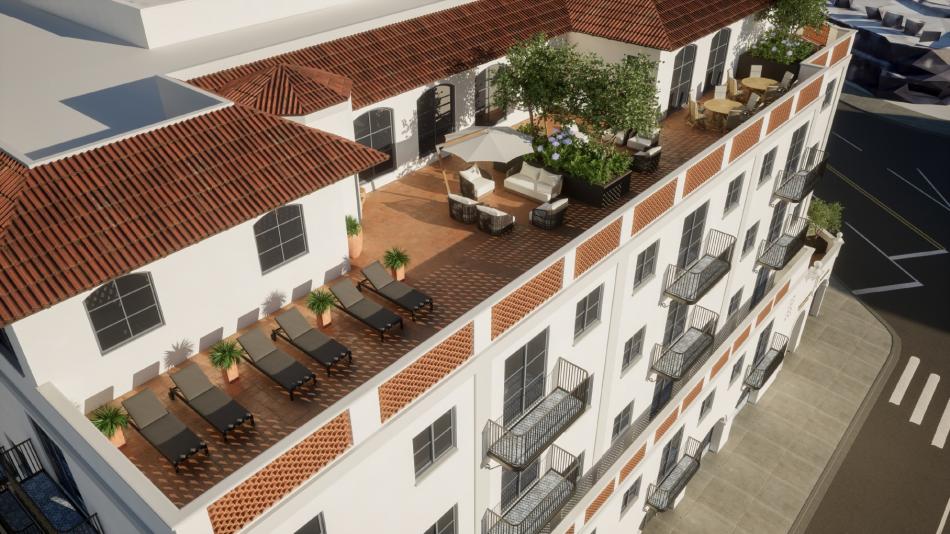 Edward Carlson and landscape architect Harmony Gardens highlight the design team for El Parador, which would include a rooftop amenity deck and a second-floor recreation room.

"The massing of the building features varied architectural treatments and materials that accentuate the building form," reads findings included with the entitlement application. "The design integrates smooth white stucco, gray precast concrete trim, patterned glazed tiles, terra cotta roof tiles, and wrought iron light fixtures and balconies, which are incorporated harmoniously throughout the building’s exterior effectively breaking up the massing of the street wall. The architectural design of the building speaks to a classical Spanish style that is harmonious with this older part of Los Angeles, and the featured materials compliment the style. Arched entryways, stucco grilles, and string courses are just some of the architectural elements that seek to achieve this comprehensive vision of a modern building that nods to the historic ties of the adjacent neighborhood." 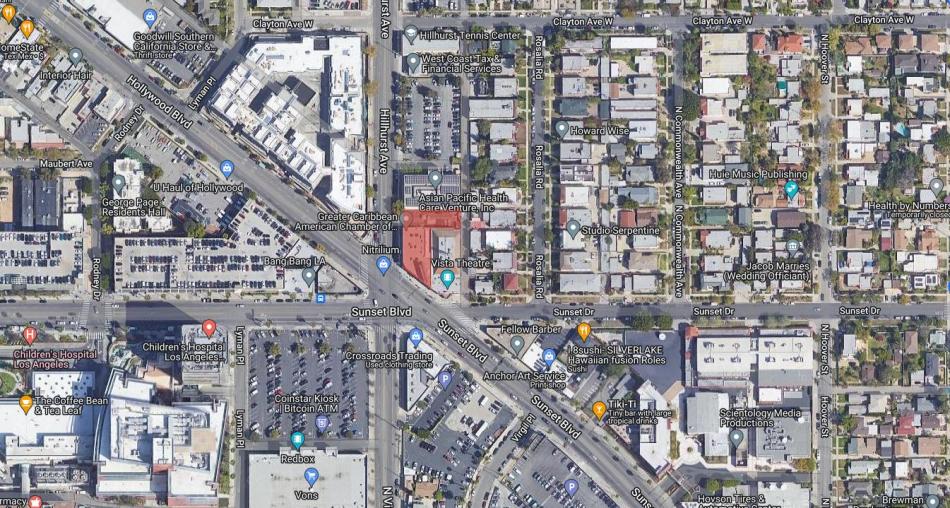 The development site sits near a busy three-way intersection where Hollywood and Hillhurst cross Sunset Boulevard, and short walk north of Sunset Junction, where developer Frost Chaddock has proposed a pair of similar apartment buildings in the Junction Gateway project. El Parador would also rise directly across Hillhurst from The Elinor, an even larger mixed-use complex featuring 202 apartments and ground-floor commercial uses that is slated to open for move-ins in July.