Seven months after we last checked in, framing is now complete for a pair of mixed-use apartment buildings from LaTerra Development in Santa Monica. 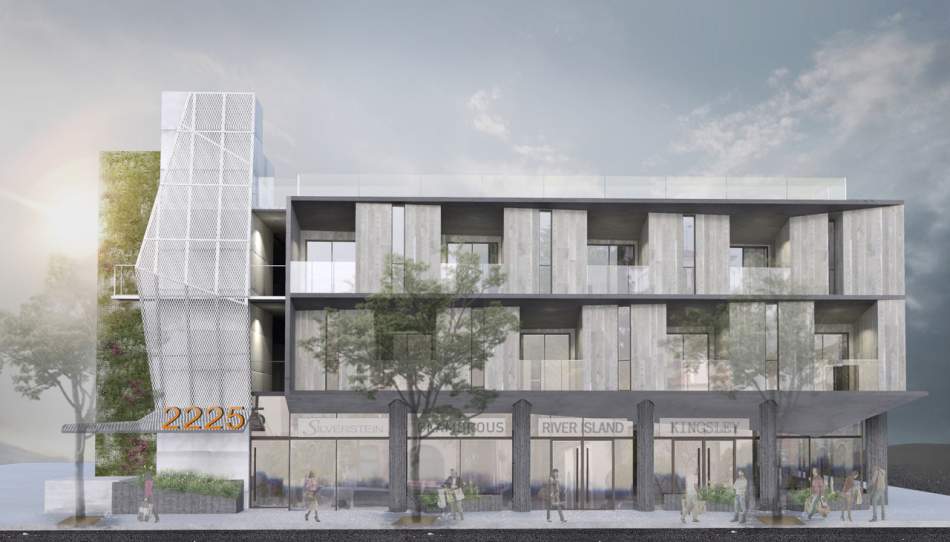 View from Broadway and 23rdTighe Architecture

Located at the northwest corner of Broadway and Cloverfield Avenue, the three-story buildings will contain a combined total of 49 studio, one-, two-, and three-bedroom apartments upon completion. Plans also call for 2,700 square feet of ground-floor commercial space and basement parking for 128 vehicles.

As a condition of approval, five of the apartments will be set aside as deed-restricted affordable housing.

Designed by Tighe Architecture, the apartments will be clad in perforated panels arranged into jagged forms.  Plans call for rooftop amenity decks on both buildings. 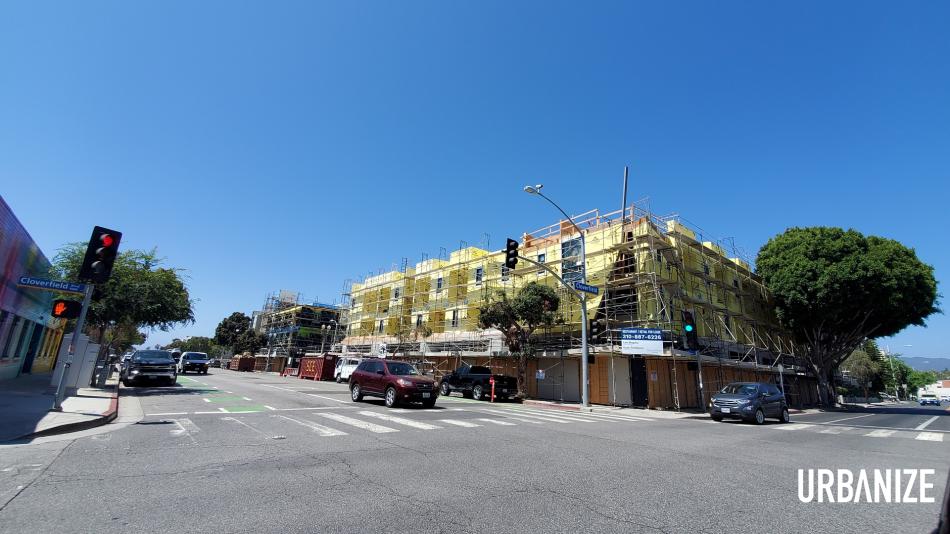 The project is one of more than a half-dozen of LaTerra's new housing developments in Los Angeles County, including a similar apartment complex now rising at the intersection of Santa Monica Boulevard and Yale Avenue.  The company's other developments include proposed and under-construction buildings in Downtown, Burbank, West Hollywood, Mar Vista, and Los Feliz.