A presentation scheduled for the October 13 meeting of the Harvard Heights-Western Heights Historic Preservation Overlay Zone Board offers a look at plans to redevelop a long-vacant site near the intersection of Pico Boulevard and Western Avenue with housing and street-fronting commercial space. 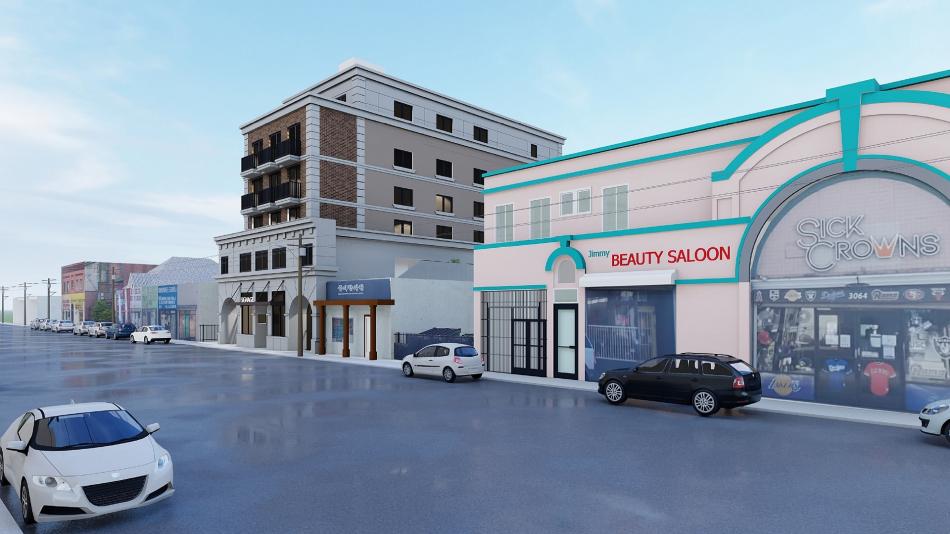 The project, slated for a single parcel located at 3050 W. Pico Boulevard, calls for the construction of a six-story building featuring 26 studio and one-bedroom apartments (ranging from 260 to 662 square feet in size) above a 25-car garage and 670 square feet of ground-floor retail space.

Uriu & Associates is designing the apartment complex, which would use a setback above its second floor to maintain the existing two-story street wall along the south side of Pico.  Architectural plans show an exterior of brick and stucco.

The apartment complex is being designed in accordance with the Transit Oriented Communities guidelines, which permit larger structures than allowed under zoning rules if they are located near high-frequency transit corridors and include on-site affordable housing.  Three of the apartments at 3050 Pico would be reserved for extremely low-income households, under current plans. 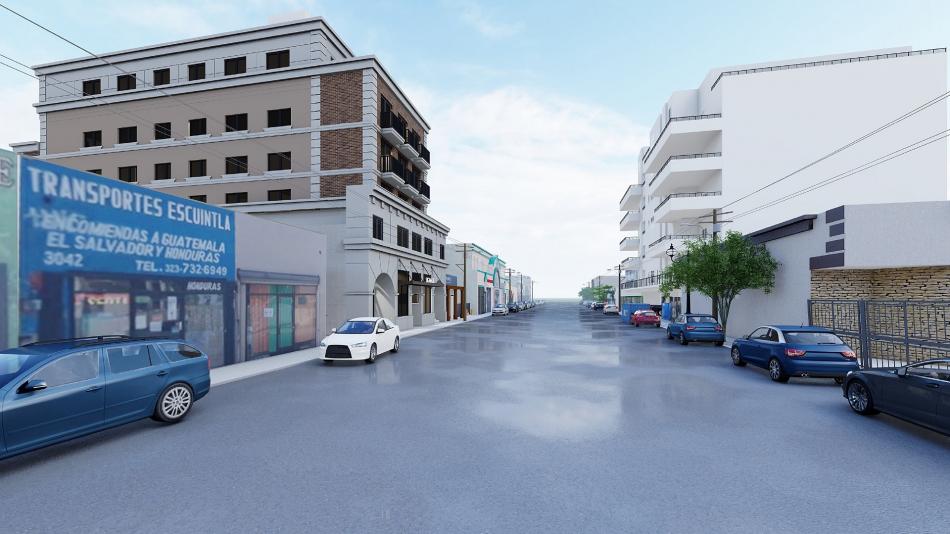 The project applicant is listed as investor Shahram Mousavi, who is also attached to a similar multifamily residential building planned in Palms.

The development site, which has been vacant since the 1990s, was previously slated for the construction of a used car dealership, according to city records.  A similar mixed-use project was recently completed on the opposite side of Pico Boulevard.