Just north of the US-101 Freeway in Silver Lake, CIM Group is entering the home stretch at its latest mixed-use development - the second phase of The Dillon apartments. 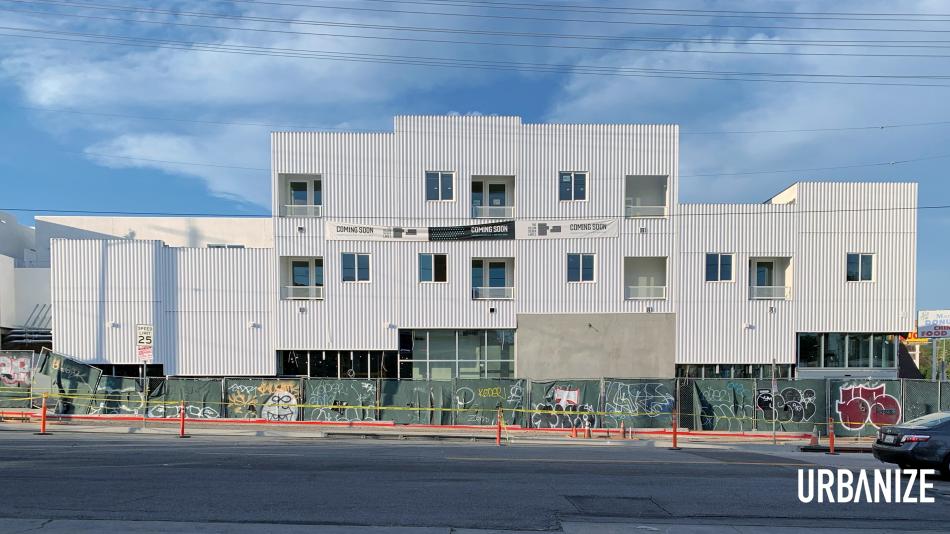 Located at 601 N. Dillon Street, the project occupies a prominent site at the northwest corner of Silver Lake Boulevard and Bellevue Avenue. The new three-story building will feature 53 apartments above ground-floor retail space and two levels of subterranean parking.

Though a by-right project, CIM Group secured approvals using Transit Oriented Communities affordable housing incentives to permit a larger building than otherwise allowed by zoning regulations. In exchange, five of the apartments will be set aside as deed-restricted affordable housing.

LOHA is designing the apartment complex, which like its companion project to the north, is composed of boxy forms and clad in corrugated metal panels. But unlike the original, which is painted black, the new building is colored white. 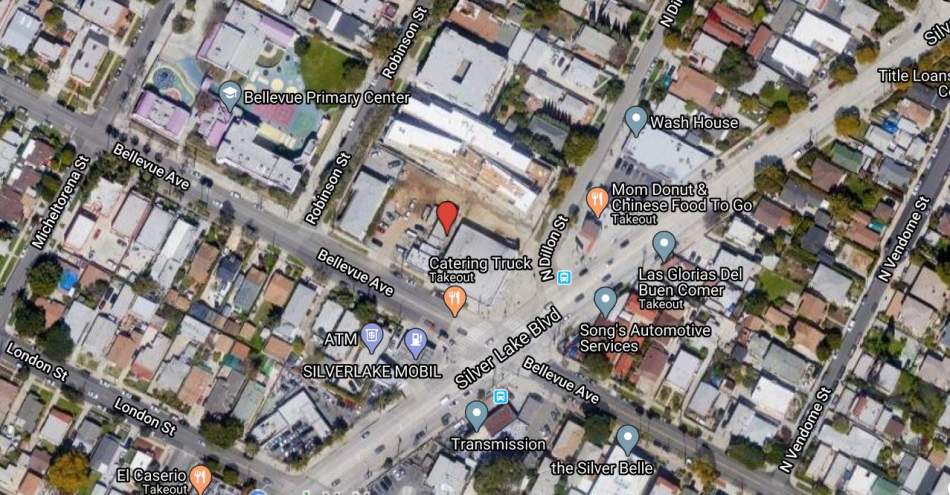 The Dillon, which is one of a handful of new Silver Lake developments from CIM Group, sits one block north of Silver Lake Boulevard's intersection with London Street, where a five-story edifice with 60 apartments is now under construction.