A year-and-a-half after breaking ground, Cityview's new development at Adams Boulevard and Grand Avenue in Historic South-Central has a name. 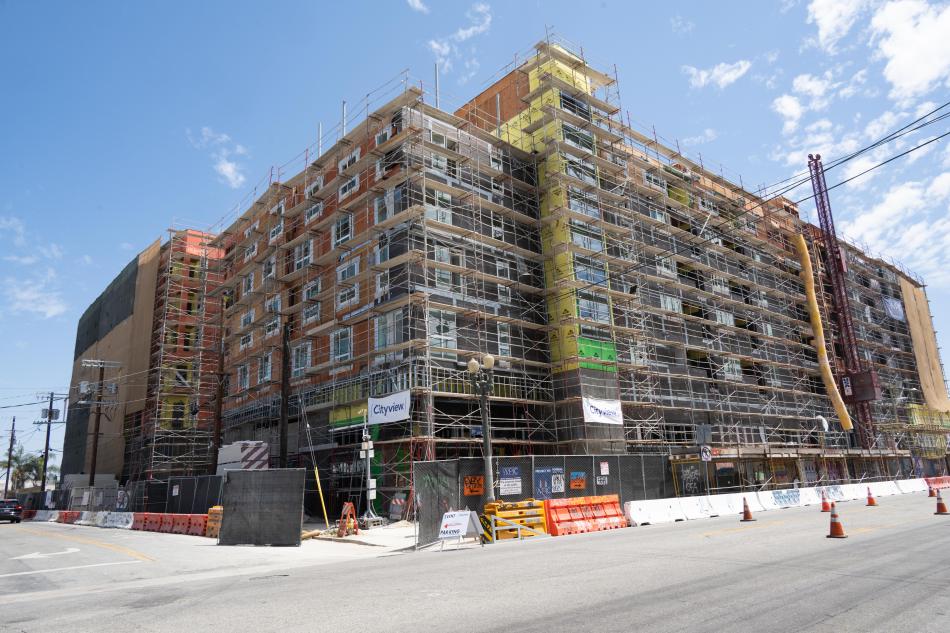 Jasper, under construction at Adams and GrandGary Leonard

Jasper, as the more than $125-million development was christened at a ceremony in June, consists of a seven-story building which will feature 296 studio, one-, and two-bedroom apartments atop 5,000 square feet of ground-floor commercial space and a 390-car garage.

“We have a long and proud history of successfully developing projects in areas subsequently designated as qualified opportunity zones, and our expertise makes projects like Adams & Grand a natural fit with our strategy of delivering quality housing in high-growth areas near job centers,” said Cityview chief executive officer Sean Burton in a statement. “At Cityview, we are also committed to sustainability, and Adams & Grand will achieve LEED Silver certification, realizing 20 - 30% improved efficiency over other similar non-green buildings. With this property, we were able to provide over a thousand jobs, with 30% of those jobs being local hires.”

The project, located one block from a Metro stop at Flower and 23rd Streets, will include 25 units of deed-restricted very low-income affordable housing, as well an additional three units priced for moderate-income households.

Humphreys & Partners is designing the building, which is to be painted white, blue, and red-colored and incorporate multiple rooftop decks. Other amenities will include a fitness center, a club room, and a swimming pool. 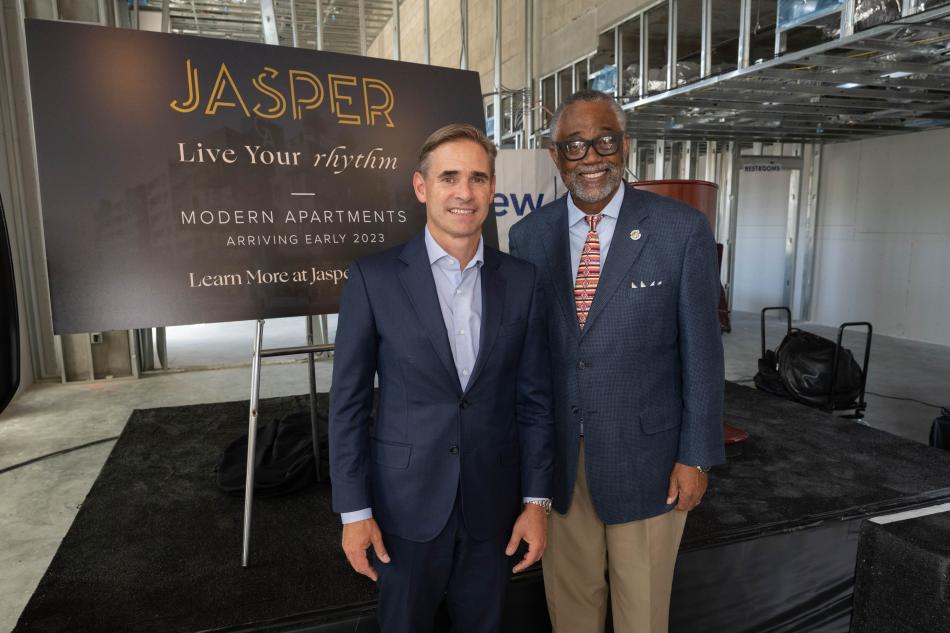 Other members of the project team include WPIC Construction LLC, AC Martin, Nadia Geller Designs, and John Labib & Associates on the project.

Completion of Jasper is on track to occur in early 2023.

Other projects in the works nearby include a 15-story apartment tower from developer Geoff Palmer which would replace a parking lot on Flower Street. 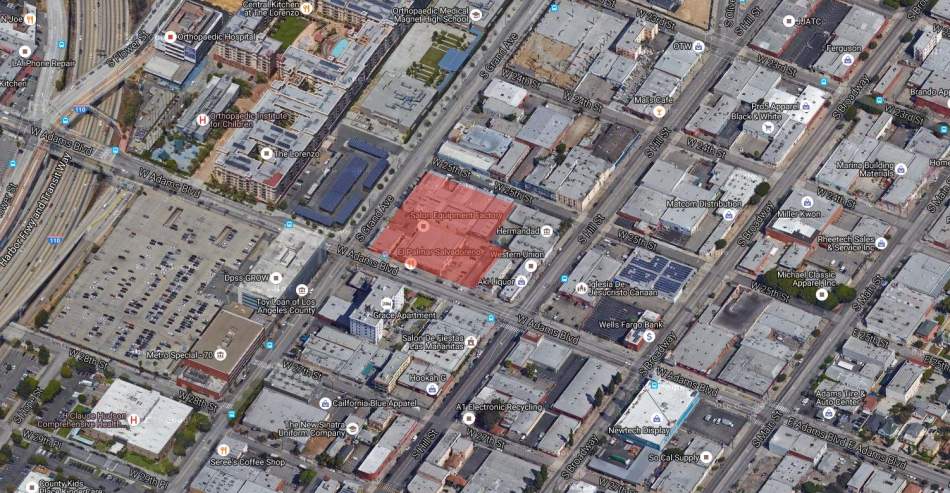 Cityview is also in the midst of construction at similar mixed-use projects on Pico Boulevard in the Carthay community and on Beverly Boulevard in Westlake.