Nine months after our last update, vertical construction is complete for a mixed-use condo development is just south of the Paseo shopping center in Pasadena. 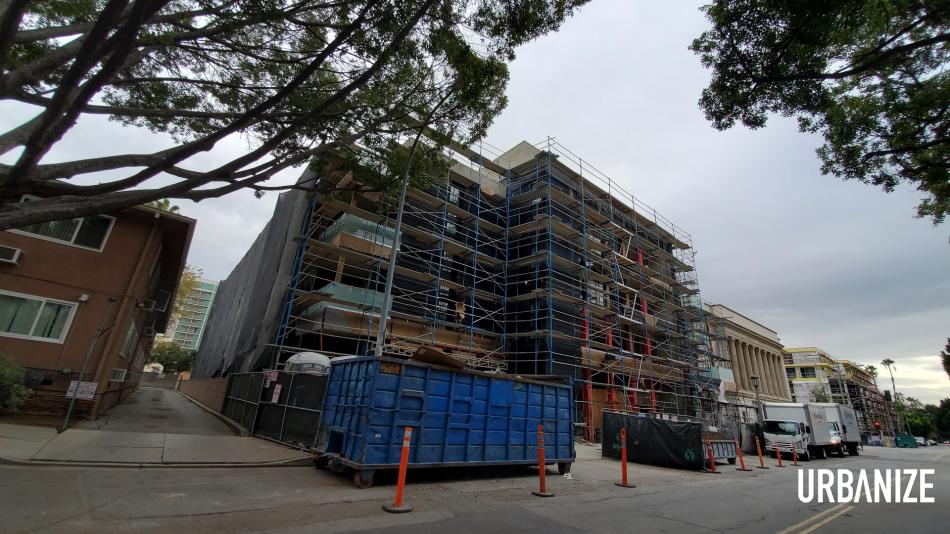 Construction of One Seventy Eight in PasadenaUrbanize LA

One Seventy Eight, named for its address at 178 S. Euclid Avenue, consists of a six-story building that will feature 42 condominiums above 1,000 square feet of ground-floor retail space and subterranean parking at completion.

Onyx Architects is designing the podium-type structure, which is depicted in renderings with a sand-colored exterior and glass-clad balconies.

Prior to the project's groundbreaking in early 2020, a representative of developer Toledo Homes indicated that completion was expected in roughly 18 months. 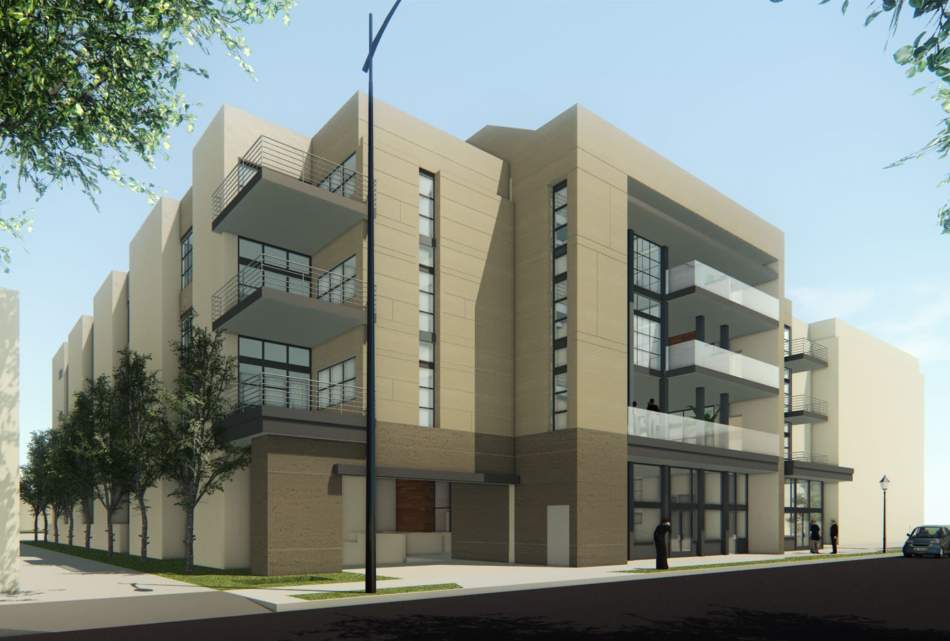 One Seventy Eight is not the only condo development rising in the vicinity of the Paseo mall. At the site of the mall's now demolished Macy's, the Colorado 77 condominiums is now in the end stage of construction at Los Robles Avenue.  A block south, the second phase of the 388 condominiums is now rising on Cordova Street.

Toledo Homes, which is headquartered in Pasadena, is also building new condominiums in Glendale, and is planning two projects that would replace a pair of parking lots located a few blocks east in its hometown of Pasadena.