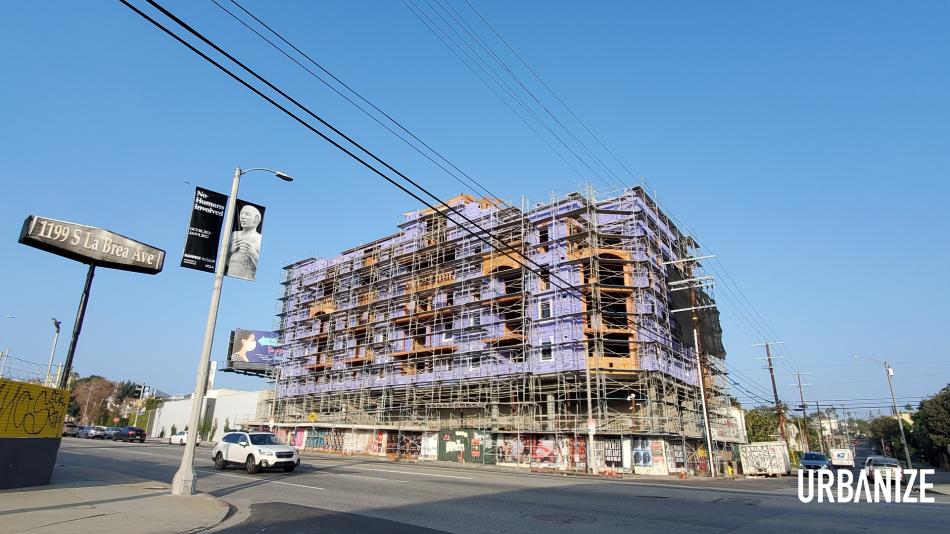 Located at the northeast corner of 12th Street and La Brea Avenue, the project consists of a seven-story building that will feature 67 apartments above a ground-floor cafe and basement parking at completion.  Some of the new homes would be set aside for rent by lower-income renters in exchange for development incentives via the Transit Oriented Communities guidelines.

PK Architecture is designing the project, which is a podium-type building consisting of five floors of wood framing atop a two-level concrete base.  The finished building will be of a Mediterranean style and include a rooftop deck, according to renderings. 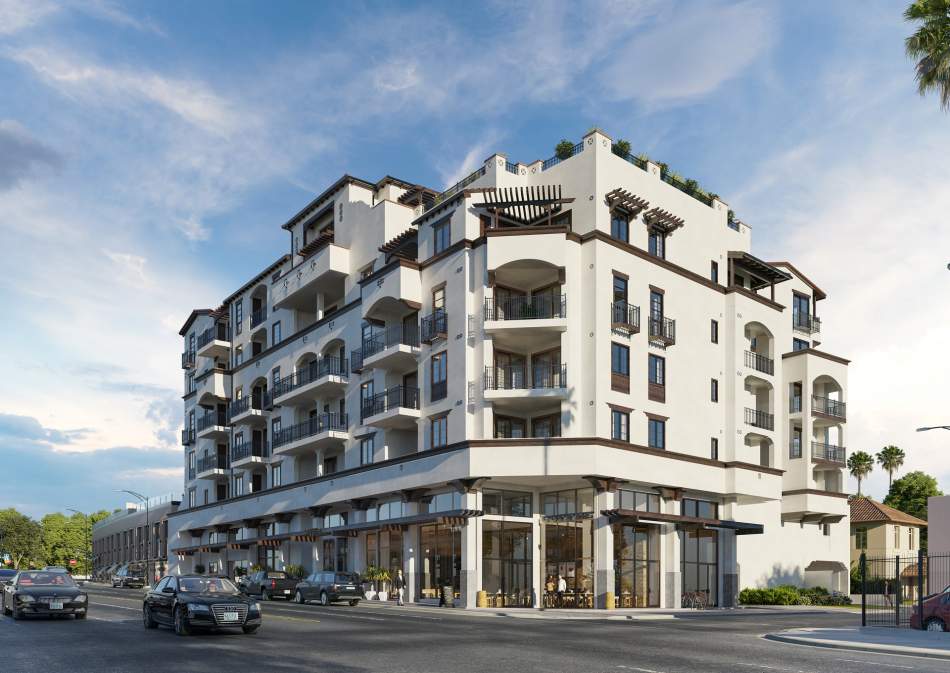 According to a landing page on the RBM website, the apartment complex is named for its address at 1180 S. La Brea Avenue, and will include a mix of one- and two-bedroom floor plans.  The complex will offer amenities such as a swimming pool, a fitness center, and a recreation room.

RBM of California, a subsidiary of Japanese developer Residence Building Management Co., is wrapping up work at a similar mixed-use project in Palms, and has also proposed a 109-unit apartment building on Westwood Boulevard.

The Mid-Wilshire development site is located roughly a half-mile south of the intersection of 9th Street and La Brea Avenue, where construction began in 2020 for two similar developments featuring multifamily housing and ground-floor commercial uses.